As one of the biggest manmade structures in the sky and at a cost of over $100b, it's the place where the space age dream is still alive. 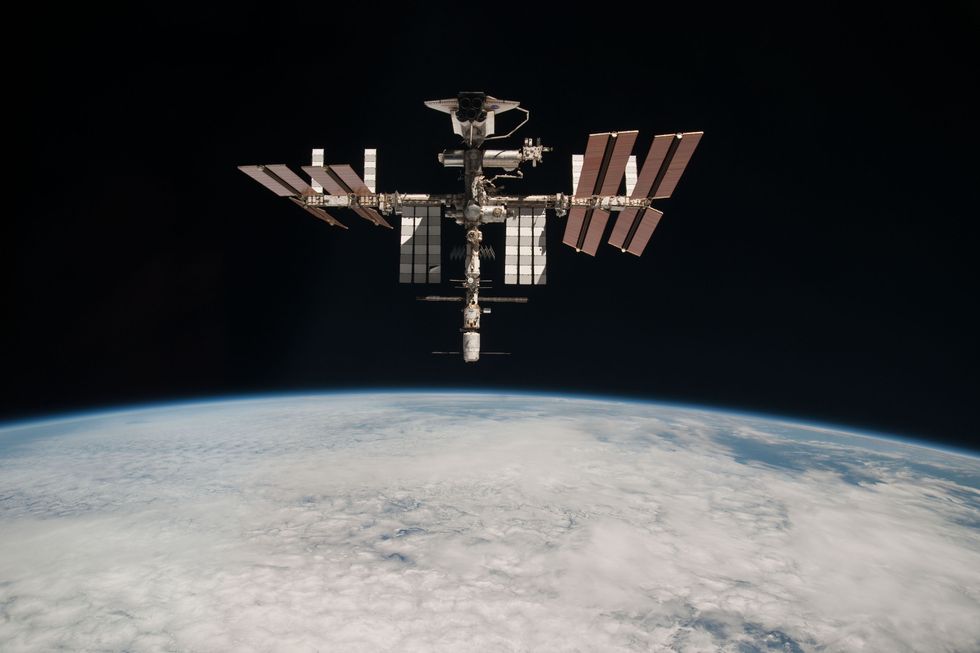 In this handout image provided by the European Space Agency (ESA) and NASA, the International Space Station and the docked space shuttle Endeavour orbit Earth during Endeavour's final sortie on May 23, 2011 in Space. Italian astronaut Paolo Nespoli captur

Soaring through the deep sky, a marvel of human engineering orbits around the planet 16 times a day. For the last two decades, the International Space Station (ISS) has housed hundreds of astronauts some 250 miles high. This multinational construction project has given us a permanent presence in space. It has been continuously occupied since November 2nd, 2000. The main modules of construction were completed between 1998 and 2011. The station has since evolved as a roving temporary home for nomadic astronauts experimenting and living in zero gravity.

As of January 2018, 230 astronauts have visited the International Space Station. The ISS has a heavy American and Russian presence. Over 15 nations have contributed to funding throughout the years. Alongside NASA, Roscosmos from Russia and the European Space Agency (ESA) are also major partners funding most of the space station.

With current plans in place, it’s expected that the space station will remain in operation until 2024 with a possible extension to 2028. There have also been a few calls for the station to be privatized as well. Time will tell what becomes of the space station. ISS stands at the forefront of what’s possible on the periphery of space.

Spanning the area the size of a football field, the space station weighs 391,000 kilograms – not including visiting space shuttles. The entire complex has more living space than a suburban five bedroom home. It has two bathrooms, workout facilities and a circular bay window for stunning views of the earth. Many astronauts have compared the living conditions to the inside of a Boeing jumbo jet.

The ISS can be seen with the naked eye as it zooms around the world at 17,500 miles per hour. It looks like an unblinking white light, but with a good telescope, you can see it in greater detail. Its flight path is available online, so you can track it to see when it makes a trek above your backyard. The International Space Station is an orbiting powerhouse of scientific experimentation with over $100 billion worth of pressurized modules, solar arrays, and cutting-edge tools housed in the structure. It was built piece-by-piece as different segments were put into orbit and then assembled carefully by spacewalking astronauts and controlled robotics. Most of the heavier pieces were brought up during the time of the United States’ space shuttle program. Other individual modules were launched using single-use rockets. The many different modules that make up the ISS include: living quarters, laboratories, structural trusses & solar panels for power.

The first two modules launched was the Russian Zarya and the NASA Unity/Node 1 modules. Spacewalking astronauts helped connect these two stations together. Throughout the years the following modules were added to create the superstructure that orbits the Earth today.

Photo by NASA via Getty Images

The place where the space age dream is still alive

Shuttling astronauts to and fro, hasn’t garnered much fanfare from the populace. Aside from a few novel experiments like Scott Kelly’s recent year-long session in space, ISS expeditions have gotten minimal coverage. The ISS has produced an incredible amount of scientific output and many discoveries that will pave the way for the future of space exploration and human colonization.

NASA’s research page lists thousands of different experiments conducted over the past twenty years. Big Think in a conversation with biochemist and astronaut, Peggy Whitson, whose visited and stayed at the ISS three times had the following to say about some of her experiments in orbit.

“Everything, from super-conductor crystals, I grew soybeans, did colloidal suspension of iron, different kinds of gas/liquid flow through columns, combustion experiments. So, all kinds of things.”

All of these experiments were distinguished by the fact that they lacked Earth’s gravity, which is a huge variable to get rid of. As we have dreams of expanding and living in space, knowing the effects or lack thereof of gravity is going to be one of the defining aspects of our space future. Some of Whitson’s work in space has led her to help develop a drug that fights cancer cells, by studying them in zero gravity.

Other upcoming experiments like bringing the Cold Atom Lab designed by NASA’s Jet Propulsion Laboratory (JPL), are going to help us ask questions about the strange physics of absolute zero.

By the time ISS makes its return back to earth in the late 2020s or is repurposed, it will have set the foundation for the future of space stations and other space-faring adventures.

A stepping stone to the greater cosmic neighborhood

Space is unbelievingly big and filled with strange phenomena. That being said, there’s a lot of places closer to home we can start to inhabit and expand into. There are a lot of ideas being thrown around about what’s next after the ISS. For example, the Russian space agency has plans to add a five-star luxury suite to the ISS in an early bid to start up some space commercialization. The module is planned to launch in 2021.

The Deep Space Gateway is the next step for NASA and the international space community as they come up with a full-fledged replacement for the ISS. It will be much smaller but may be heading out further than even the Apollo missions as it orbits around the moon. The hope is that it will serve as a central hub for future Mars missions.

The International Space Station is a testament to the globalized world’s ability to cooperate and connect in the future of space. This amazing structure is just the beginning of a possible new golden age of space.