Exoplanets are planets that lie beyond our own solar system and revolve around other stars many light years away. In the past two decades, thousands have been discovered, most of them with NASA’s Kepler Space Telescope. Many of these planets take the namesake of this telescope – the Kepler-10b was one of the first confirmed terrestrial planets to be discovered outside of our solar system. It is incredibly close to its star the Kepler 10. The discovery of this planet excited scientists as it was the first confirmation of an exoplanet.

Geoff Marcy, a pioneering scientist in exoplanets declared the discovery: “as among the most profound scientific discoveries in human history… it is a bridge between the gas giant planets we’ve been finding and the earth itself.”

NASA’s Kepler mission has already identified more than 5,000 potential exoplanets – with the discoveries expected to continue to grow over time.

These many newly discovered worlds come in a variety of material and orbits. Some are gargantuan gas worlds that dwarf Jupiter. Others, rocky and icy barely skidding past their roaring suns. NASA and other space agencies are interested in discovering a variety of planets, but one such kind has also sparked their interest – planets within the habitable zone where liquid water oceans could be formed. The boundaries of what’s habitable and what’s even possible in the universe seem to change every day. Strange compositions we thought impossible are being discovered all the time and with an average estimate of 1 trillion planets in just our galaxy alone, we haven’t even begun to scratch the surface.

These 10 exoplanets are indicative of this novelty. 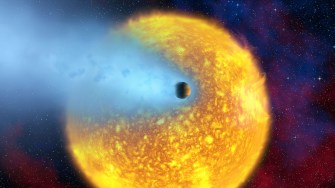 This planet boasts a number of first discoveries. Scientists have found that it is the only planet currently found outside of the solar system to have detectable oxygen and carbon in its atmosphere. Its parent star is 150 light years from Earth in the Pegasus constellation. Named after the Egyptian god who lost part of his body, Osiris revolves around its sun a mere 4 million miles away.

The scorched planet is evaporating at such a fast rate that scientists have begun to create a new classification of exoplanets called chthonian planets. This nomenclature comes from the infernal Greek deities and H.P. Lovecraft’s subsequent usage for his space monsters. It is most likely a dead core of a completely evaporated gas planet. 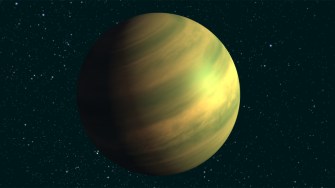 Astronomer’s research once posited about the possibility of a circumbinary planet – that is, a planet that circles around two stars. In an homage to Luke Skywalker’s home planet in Star Wars, Kepler-16b is nicknamed Tatooine. Whereas Skywalker’s homeworld was habitable, this planet is cold, gaseous and most likely cannot harbor life.

It is 200 light years away from earth. The discovery of a circumbinary planet was hinted at and then confirmed with the observation of brightness of the dual star system being dimmed by a planet’s transit in front of it. While being in the habitable zone is ruled out for this planet, Kepler’s principal investigator William Borucki on the importance of this discovery stated:

“This discovery confirms a new class of planetary systems that could harbor life… Given that most stars in our galaxy are part of a binary system, this means the opportunities for life are much broader than if planets form only around single stars. This milestone discovery confirms a theory that scientists have had for decades but could not prove until now.” 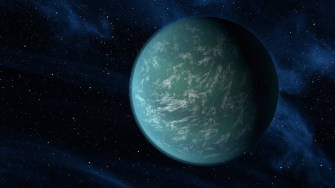 One of the most promising and early findings from Kepler is the Kepler 22b. 600 light years away from earth it’s twice the size of Earth and should have temperatures around 72 degrees Fahrenheit. This planet is considered a “super-Earth” and is within the habitable zone of its star. Its star is within the Lyra and Cygnus constellations and shines 25% less bright than our sun.

Scientists think that the planet may have a rocky core and be covered in an ocean like Neptune. But life on the planet isn’t out of the question yet. Kepler deputy science chief stated that “It’s not beyond the realm of possibility that life could exist in such an ocean.” 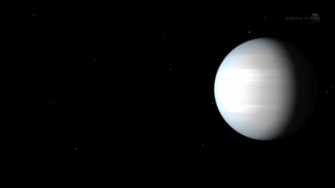 One of the oldest planets in the known universe so far, Methuselah is 2.5 times the mass of Jupiter. It’s also another planet that orbits two stars. At 12.7 billion years ago, this exoplanet tops the aging scales. Interestingly enough, the two stars that it orbits are both burnt out dead stars. It is 12,400 light years away in the constellation of Scorpius.

At first, scientists didn’t know whether to classify it as a brown dwarf or a planet. Since it was created some 1 billion years after the big bang, astronomers have concluded that planets are not a rare phenomenon and ou early universe was probably teeming with them everywhere. 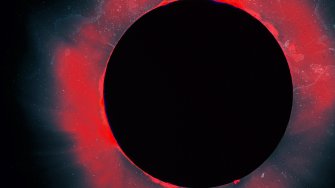 Found during the Transatlantic Exoplanet Survey, TrES-2b is one of the darkest planets we’ve ever been able to see. Similarly sized to Jupiter, this coal black planet is less reflective than black acrylic paint. Jupiter, on the other hand, reflects more than a third of the sunlight that reaches it.

TrEs-2b is also burning up as it orbits its star at only three million miles. It’s not clear what makes the planet so dark. There are hues of red that emit a faint glow. The darkened planet is 750 light-years away in the Draco constellation. 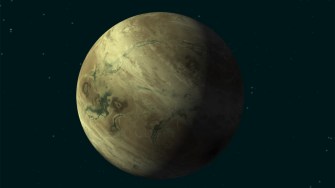 A planet that’s more equally matched to Earth floats along some 500 light years away from our planet. It’s no larger than 10 percent more of Earth’s size. It encircles a red dwarf star with a 130-day orbit. A smaller sized planet is more likely to harbor and support life, especially inside the habitable zone.

Inhabitants on this planet would feel about twice as heavy as they did on earth. The planet is a lot older than our sun as well as it clocks in at about 6 billion years old. There’s no confirmation whether or not the planet is rocky or gaseous. 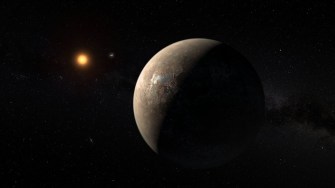 Proxima b: Close to Home

One of our closest star systems to us known as Proxima Centauri unveiled its planet to us a few years ago. A roughly Earth-sized planet orbiting our nearest neighbor, Proxima B is the closest exoplanet we’ve ever found in the habitable zone. There are a few caveats to its potential habitability. For one, it orbits a red-dwarf star which is a lot cooler than our sun. It’s also likely that the planet is tidally locked to the star, similar to our moon. This would subject it to stellar flares.

Scott Gaudi, an astronomy professor at Ohio State University stated that: “This thing is being bombarded by a fair amount of high-energy radiation. It’s not obvious if it’s going to have a magnetic field strong enough to prevent its whole atmosphere from getting blown away. But those are really hard calculations, and I certainly wouldn’t put my money either way on that.”

Despite the unknowns, this discovery was a major stepping stone for finding exoplanets close to our backyard of the galaxy. An earth size planet this close to home gives us hope for future discoveries. 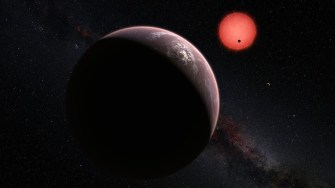 An exoplanet system called TRAPPIST-1 named so for The Transiting Planets and Planetesimals Small Telescope, located a system of seven planets all within the habitable zone and relatively close to us on a galactic scale. At only 40 light-years away in the constellation Aquarius, TRAPPIST-1f part of the seven wonders is a rocky planet that could have liquid water.

This discovery set a new record for the most amount of planets in a habitable zone orbiting a star outside of our own solar system. There is a potentiality that all seven of these planets could have liquid water. 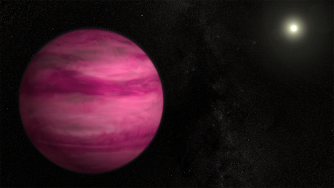 NASA scientists discovered one of the youngest and most interesting planets in GJ 504 b. Only 57 light years away from Earth, the exoplanet is thought to be only 100-200 million years old. The insights into this planet are giving astronomers a first-hand look into planet development. According to infrared cameras, it’s a deep shade of pink. It also has fewer clouds than the majority of observed gas-giants.

Michael McElwain, who was part of the discovery team stated that: “If we could travel to this giant planet, we would see a world still glowing from the heat of its formation with a color reminiscent of a dark cherry blossom, a dull magenta.” According to current models, gas giants usually form within a certain range from their host star. GJ 504, the pink wonder goes well beyond the established range. 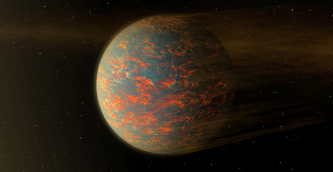 Originally dubbed the “diamond planet,” this steaming hot rocky planet orbits its sun in 14 days. It has a temperature of 4,900 degrees Fahrenheit. Scientists who first discovered it suggested that it was composed entirely of diamonds and graphite. While this interpretation has gone out of favor, it remains an interesting planet because of its density and proximity to its host star.  The planet is 40 light years away.

The planet is also thought to have lava flows and at twice the size of Earth. Renyu Hu of the Jet Propulsion Laboratory stated that  “If there is lava on this planet, it would need to cover the entire surface… But the lava would be hidden from our view by the thick atmosphere.”

While it’s still up to debate, the potentially carbon-rich planet with such high temperatures and pressure could hold a large amount of diamond in its interior.

Related
The Learning Curve
5 Stoic quotes to help you through difficult times
“We suffer more often in the imagination than in reality.”
Starts With A Bang
The good reasons scientists are so hostile to new ideas
Many people out there, including scientists, claim to have discovered a series of game-changing revolutions. Here’s why we don’t buy it.
The Present
Climate change is altering the chemistry of wine
Smoke taint from wildfires is gross, even to wine amateurs.
13.8
Could a hidden variable explain the weirdness of quantum physics?
We have searched and searched but have never found one.
The Past
The Wild West was lawless and chaotic — and the police helped keep it that way
Lawmen and outlaws were often the same people.
Up Next
Surprising Science
In space, there really might be no place like home
The quest to find another Earth may be in vain.