The world is teeming with intelligence, from little wormy grubs in the garden to physicists poring over equations in university offices. In the past few years we’ve also come to view our virtual assistants as possessing some kind of intelligence—imperfect and sometimes downright creepy, but intelligence nonetheless. A.I. has come a long way since Microsoft’s Clippy.

Whether we’re talking to Siri like a friend or asking our dogs for advice, humans love to imagine other animals’ intelligence. As we enter into the infancy of A.I., it’s fun to speculate how some existing lifeforms stack up to our best A.I so far. Scientifically, it’s hard to get a read on how they compare, but there are some interesting comparisons to be made.

Intelligence and consciousness is still a widely debated topic amongst scientists and philosophers alike. There is no exact consensus on what makes a human or animal, let alone an A.I. software program or robot, have intelligence. One recent idea of determining general intelligence comes from Robert Sternberg who put forth the Triarchic Theory of Intelligence. He argued that intelligence cannot be solely derived from IQ tests but instead can be broken down into analytic, creative, and practical.

Today we view animal cognition as something worthy of increased study. It’s possible that many different kinds of animals have a much richer inner life than we ever imagined. Understanding animal intelligence can help us change and evolve our views on creating A.I. systems, as research scientist Heather Roff writes for The Conversation, “Instead of thinking about A.I. as something superhuman or alien, it’s easier to analogize them to animals, intelligent nonhumans we have experience training.” Roff continues: “The analogy works at a deeper level too. I’m not expecting the sitting dog to understand complex concepts like “love” or “good.” I’m expecting him to learn a behavior. Just as we can get dogs to sit, stay and roll over, we can get A.I. systems to move cars around public roads. But it’s too much to expect the car to “solve” the ethical problems that can arise in driving emergencies.”

Will we ever have A.I. that understands feelings and ethics, and how far have we come on the road to creating intelligence?

How to benchmark artificial intelligence

Even the most advanced A.I. today is, in a way, just intelligence mimicry. While Google search can spit out billions of queries in mere seconds, it’s not fully encompassing sentient intelligence. It’s taking a human skill like browsing and putting it into overdrive. Watson might have had an excellent jeopardy performance, but it doesn’t mean that it really understood any of the questions it was asked in the way a human might.

No current computer or any type of A.I. can be said to have the least amount of sentience compared to the animal kingdom, especially when many scientists posit that some animals have a kind of consciousness. Instead, artificial intelligence seeks to have computers do things that different kinds of minds can accomplish. Researchers are working on teaching computers to perceive and recognize patterns in massive datasets. The ability for a computer to put together different skills and patterns by itself is a huge accomplishment. This is the benchmark we’ll be using to compare animal intelligence to the best in class A.I. systems. 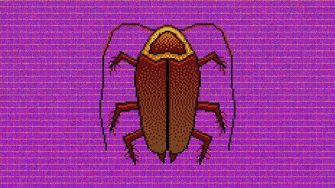 Cockroaches are some of the smartest insects around and their intelligence is related to their vision. They’ve also been known to move to colder habitats when they are infected with a parasite, which means they’ve learned a behavior that will suppress parasite development.

Cockroaches are not usually considered social animals, but do have some considerable group behavioral complexity. For example, the Periplaneta americana cockroach species tend to live in the darkest place it can find with as many other cockroaches as possible. Individuals will decide whether or not they want to shelter in a dark area due to population density—the more bodies, the better. This type of intelligence was meddled with when researchers put a robotic cockroach in a group of live insects. It was able to influence their actions considerably.

Cockroaches are relatively simple animals, but even so, A.I. still lags behind. Theoretical physicist and science popularizer Michio Kaku summed up and compared current A.I. to cockroaches:

In this particular instance of changing cockroach shelter patterns, an A.I. robot was practically as smart as a roach in terms of influencing group behavior. 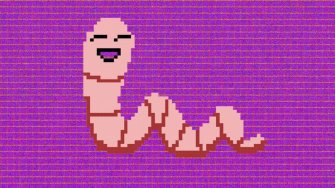 In a shared open source A.I. endeavor, the Open Worm project is the simulation of an artificial worm based on the neurons of a real worm’s nervous system. In recent years there was a breakthrough where the software independently controlled a lego robot.

The worm is a Caenorhabditis elegans and without any previous programming was able to approach and back away from obstacles while being stimulated by a search for food. The project’s aim is to digitally model the worm in a virtual environment. Eventually, they’d like to map everything down exactly in a complete anatomical reproduction of the worm.

Even with the simplicity of this worm structure, researchers were only able to project a third of the worm’s neurons: those responsible for movement and display behavior. It still has a long way to go before becoming as intelligent as a real worm. 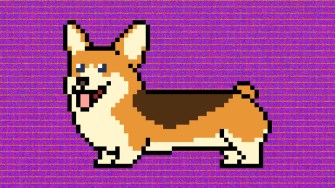 Our two favorite domestic friends are some intelligent beasts. In the age-old debate of cats versus dogs, scientists have proven that canines have an I.Q. of a two-year-old child. While it’s long been thought that cats are brainer than dogs, new research suggests dogs actually have double the amount of cortical neurons than cats, meaning they may be able to analyze greater and more complex problems.

The famous and sometimes scary Boston Dynamics has an automated dog-type robot. The SpotMini, which should be entering into commercial production soon, is an advanced A.I. system. After a human operator pilots the dog around, it builds its own map of the space and can then autonomously navigate itself. The robot uses cameras on all four sides of its body and easily surpasses most cats and dogs in mobile ability, but as for thinking, your real-life pet still has the upper hand. 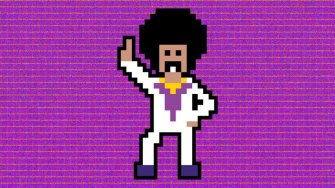 Search engines are some of are smartest A.I. competitors. A.I. isn’t smart enough to cook a simple meal without explicit direction, but one thing it excels at is the ability to parse massive amount of data and interpret our language in natural search.

In a research paper titled ‘Intelligence Quotient and Intelligence Grade of Artificial Intelligence’, scientists set out to rank the smartest A.I. search engines. They proposed a standard intelligence model that unifies A.I. and human characteristics into four areas of separate knowledge. Those being: input, output, mastery, and creation.

The smartest engines were ranked in the following order:

Based on their number ranking system, Google’s A.I. scored a 47.28. The average score for a human was around 96. Which means that in terms of their intelligence testing mechanism, Google search is as intelligent as a five year old.

Overall, we can say with confidence that no A.I is smarter than any animal currently living. We can simulate the conditions for life and these programs can learn overtime without human input, but they do not have survival drives that allow them to respond to the dynamic environment of life.

It’s a good idea to look at our current A.I. advancements in terms of silo intelligence. A master chess algorithm might be able to beat human grandmasters, but it won’t be able to wriggle around and to learn and evolve like a worm. So, for now, we can rest easy knowing that the humblest of the biosphere still beat out A.I. by a longshot.

Germany has long harbored varying degrees of anti-Americanism, but a new survey suggests those sentiments have grown particularly strong.