What makes some brains smarter than others? Are intelligent people better at storing and retrieving memories? Or perhaps their neurons have more connections allowing them to creatively combine dissimilar ideas? 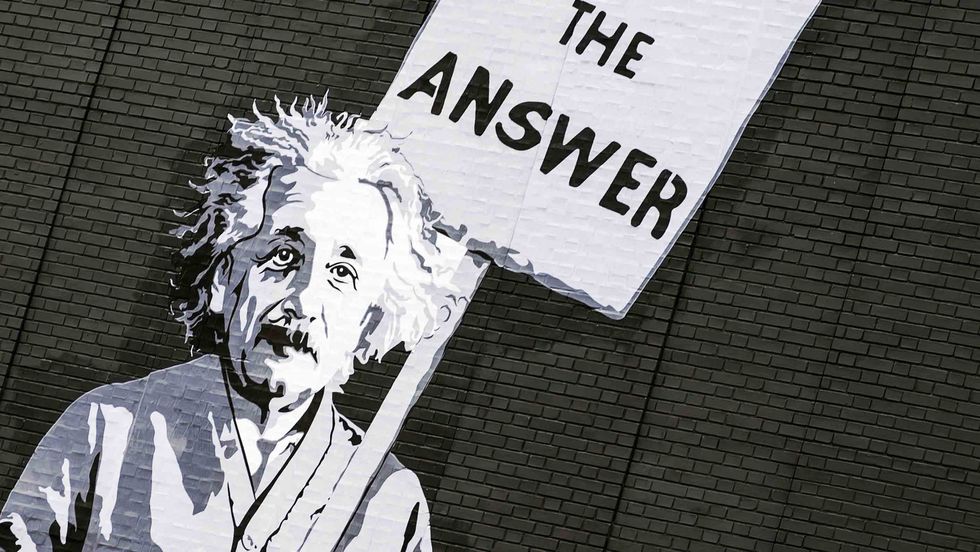 Einstein said, "The true sign of intelligence is not knowledge but imagination." Socrates said, "I know that I am intelligent, because I know that I know nothing." For centuries, philosophers have tried to pinpoint the true measure of intelligence. More recently, neuroscientists have entered the debate, searching for answers about intelligence from a scientific perspective: What makes some brains smarter than others? Are intelligent people better at storing and retrieving memories? Or perhaps their neurons have more connections allowing them to creatively combine dissimilar ideas? How does the firing of microscopic neurons lead to the sparks of inspiration behind the atomic bomb? Or to Oscar Wilde's wit?

Uncovering the neural networks involved in intelligence has proved difficult because, unlike, say, memory or emotions,  there isn't even a consensus as to what constitutes intelligence in the first place. It is widely accepted that there are different types of intelligence—analytic, linguistic, emotional, to name a few—but psychologists and neuroscientists disagree over whether these intelligences are linked or whether they exist independently from one another.

The 20th century produced three major theories on intelligence. The first, proposed by Charles Spearman in 1904, acknowledged that there are different types of intelligence but argued that they are all correlated—if people tend do well on some sections of an IQ test, they tend to do well on all of them, and vice versa. So Spearman argued for a general intelligence factor called "g," which remains controversial to this day. Decades later, Harvard psychologist Howard Gardner revised this notion with his Theory of Multiple Intelligences, which set forth eight distinct types of intelligence and claimed that there need be no correlation among them; a person could possess strong emotional intelligence without being gifted analytically. Later in 1985, Robert Sternberg, the former dean of Tufts, put forward his Triarchic Theory of Intelligence, which argued that previous definitions of intelligence are too narrow because they are based solely on intelligences that can be assessed in IQ test. Instead, Sternberg believes types of intelligence are broken down into three subsets: analytic, creative, and practical.

Dr. Gardner sat down with Big Think for a video interview and told us more about his Theory of Multiple Intelligences. He argues that these various forms of intelligence wouldn't have evolved if they hadn't been beneficial at some point in human history, but what was important in one time is not necessarily important in another. "As history unfolds, as cultures evolve, of course the intelligences which they value change," Gardner tells us. "Until a hundred years ago, if you wanted to have h igher education, linguistic intelligence was important. I teach at Harvard, and 150 years ago, the entrance exams were in Latin, Greek and Hebrew. If, for example, you were dyslexic, that would be very difficult because it would be hard for you to learn those languages, which are basically written languages." Now, mathematical and emotional intelligences are more important in society, Gardner says: "While your IQ, which is sort of language logic, will get you behind the desk, if you don’t know how to deal with people, if you don't know how to read yourself, you’re going to end up just staying at that desk forever or eventually being asked to make room for somebody who does have social or emotional intelligence."

Conflicts about the nature of intelligence have hampered studies about its neurobiological underpinnings for years. Yet neuroscientists Rex Jung and Richard Haier may have found a way around this impasse. They published a study in 2007 that reviewed 37 different neuro-imaging studies of IQ (each with a different definition of intelligence) in an attempt to locate what parts of the brain were involved. As it turns out, regardless of the definition used, the results were very similar, enough so that they were able to map a network of brain areas associated with increased IQ scores. Known as the Parieto-Frontal Integration Theory, this model has been gaining momentum among neuroscientists. Earlier this year a team of researchers from Caltech, the University of Iowa, and USC surveyed the IQ test results from 241 brain-lesion patients. Comparing the locations of the brain lesion to their scores on the tests, they were able to discover which parts of the brain were associated with different types of intelligence. And their findings were very much in line with this parieto-frontal integration theory.

— "The Parieto-Frontal Integration Theory (P-FIT) of intelligence," (2007) published by Jung and Haier in the journal Behavioral and Brain Sciences [PDF]