For many years the concept of virtual worlds and far flung digital realities was the stuff of speculative fiction and philosophy. The latter half of the past century put some of these ideas into practice, albeit in brief technical functions that never quite lived up to the commercial hype. Even so – throughout this tumultuous history of virtual reality, many fundamental ideas and technical capabilities began to take root. Advancements in computing power, screen graphics and overall better tech has given us our current crop of VR technologies and put it on the map.

Actual work on virtual reality tech didn’t start until the mid 20th century and a few decades into the new age of computing. One of the first contemporaneous conceptions of what we’d consider a modern take on virtual reality (headsets for visual experience, haptics etc.) was laid out in an early science fiction story called Pygmalion’s Spectacles by Stanley G. Weinbaum. It’s a surprisingly accurate take on what a fully immersive virtual world would entail. The following quote sums his premature vision up succinctly:

“But listen—a movie that gives one sight and sound. Suppose now I add taste, smell, even touch, if your interest is taken by the story. Suppose I make it so that you are in the story, you speak to the shadows, and the shadows reply, and instead of being on a screen, the story is all about you, and you are in it. Would that be to make real a dream?”

That was written in 1935. It might seem like Weinbaum was a bit ahead of his time, but one can’t forget the philosophical greats and their alternative reality musings that preceded him. 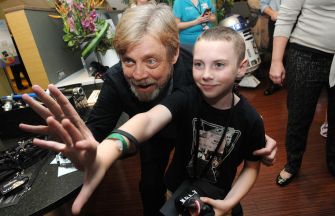 Arguably one of the most famous and ancient examples of questioning your own reality, and subsequently paving the way to think about creating new virtual realities, comes from Plato.

Many people will remember his Allegory of the Cave, which was one of his dialectics about the nature of someone’s reality. In summary, chained cave dwellers watch shadows projected on a wall from objects passing in front of a fire behind them. These shadows are their reality and they know nothing more than that.

Then there was Rene Descartes, father of modern philosophy and rationalism. He is mostly remembered for the catch-all phrase Cogito Ergo Sum, or “I think, therefore I am.” Descartes questioned his senses and came up with the seminal brain in a vat thought experiment. The idea that some demon or mad scientist of sorts could be simulating his entire existence. You could gather that if Descartes was alive today he’d have rephrased the question: “how do we know we’re not living in virtual reality?” Which some scientists still question to this day, proposing that this could all be a simulation.

A Special Place in Fiction

We’ve seen many interesting stories of virtual realities in the past hundred years. We’re all familiar with The Matrix as a futuristic tech combo story – it has both tyrant robotic overlords and a forced virtual reality!

But there’s also been another unknown but highly influential story in the mix that preceded The Matrix by a few decades. One of those stories is The Eden Cycle written in 1972, which is more of a hedonistic paradise matrix. Something that looks compelling, but might not be all that satisfying…

In the book there is something called “A Sensory Experience Simulator” given to the humans by a race of benevolent aliens, making them immortal in a virtual world. Human bodies are tended to below ground in vast caverns in nodes. Sound familiar? Within these nodes, the mind can conjure out any type of virtual scenario and interact with billions of other humans and other alien species integrated into this technology.

These stories are both frightening and compelling, but as is often the case – our fictional ideals outpace what are technology is actually capable of doing. 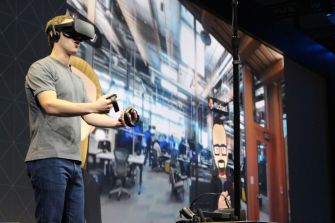 Many isolated disciplines were springing about and coming up with novel solutions for rudimentary VR tech. One such early technology was the Sensorama, which was a mechanical cabinet that allowed the viewer to sit inside of it and view stereoscopic 3D movies. Cinematographer Morton Heilig was responsible for this creation in the 1950s. He was only able to make five short films with this technology because he was unable to secure funding, although he eventually went on to patent a head-mounted display.

Fast forward a decade or two and you have the first mention of the term virtual reality. Coined by Jaron Lanier in 1987, Lanier later went on to found the visual programming lab VPL. Lanier and his team have since gone on to create some of the first commercial VR products, and these  developments in turn influenced the early prototypes of popular systems like the Oculus Rift or HTC Vive. 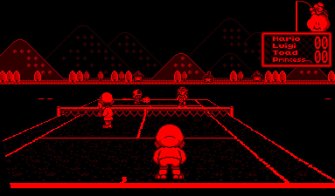 Many companies still tried their luck during that time and tried to commercialize this growing tech in the 90s. Infamously, SEGA developed a VR headset for the Sega Genesis console in 1993. It was supposed to have head tracking, stereo sound as well as LCD screens inside the headset. After many release delays and technical difficulties, the device never left the prototype stage and was a terrible flop for the company.

Around 1995, the usually reliable Nintendo came out with the abysmal Nintendo Virtual Boy (or VR-32) which was supposed to be a portable 3D gaming console. There was a lack of software support, difficulty using the system, and all of the graphics were colored in red and black. After a year on the market it was discontinued.In the early 21st century the trend continued and it seemed that a viable VR system was as far away as talking servant robots a la The Jetsons. But luckily, a majority of the early problems that plagued these systems at the time have since been remedied.

No longer do we have to worry about unwieldy death traps that are uncomfortable and barely workable. The past forebears of VR in the technical field have paved the way for the following:

We may not be in the era of a fully immersive reality. But we should realize that we’ve come a long way in such a short amount of time in the history of VR.

Related
13.8
Could a hidden variable explain the weirdness of quantum physics?
We have searched and searched but have never found one.
The Past
The Wild West was lawless and chaotic — and the police helped keep it that way
Lawmen and outlaws were often the same people.
Thinking
6 great philosophers and how they used their political power
Most philosophers merely contemplate the world, but what about the ones who actually tried to change it?
Neuropsych
Asthma drug brings back “lost” memories
In a study involving mice, scientists used two different techniques — one optogenetic and one pharmacologic — to recover “lost” memories.
Hard Science
3 new studies indicate a conflict at the heart of cosmology
The Universe isn’t as “clumpy” as we think it should be.
Up Next
Surprising Science
Study: You’re breathing wrong
Simple 1:2 breathing is where it’s at, according to a major university study.