Early computing technology ushered in a new branch of computer science dealing with the simulated intelligence of machines. In recent history, we’ve used A.I. for common tasks, such as playing against the computer in chess matches and other gameplay behaviors. Thanks to advances in computer technology, however, A.I. is advancing now 10 times faster than it had before. A.I. can also be defined as the capability of a machine to imitate human behavior. The holy grail—and what most people probably think about when they hear A.I.—is something called artificial general intelligence or AGI. With advanced AGI, robots would, in theory, be able to do anything a human could do. This usually conjures up pictures of anthropomorphic robot butlers or Westworld type androids.

One can get lost in the rich history, rabid speculations, and intriguing fictionalized world of A.I. Here are some of the best books on artificial intelligence that’ll guide you and provide a multifaceted view of this incredible technology.

Changes on the horizon

We have personal assistants in our pockets and on our desks. Automated factories and self-driving cars being tested on the daily. We’re living in the imagined futures of our past. Here’s some books to help us get to the next step.

Machines of Loving Grace: The Quest for Common Ground Between Humans and Robots 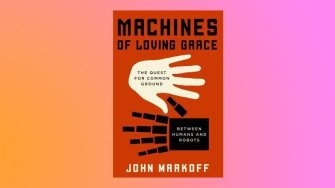 Author and journalist John Markoff offers a detailed and rich history of the field of robotics and artificial intelligence. He’s interested in the interplay between human societies and the effect that increasing automation and intelligence will have in the workplace and other areas. Markoff explores the views of the designers behind these machines and the paradoxical nature of the potentialities of this new tech. He states: “The same technologies that extend the intellectual power of humans can displace them as well”

Markoff writes about the concept of AI vs IA – or artificial intelligence versus intelligence automation. He believes that this and building a human element into the technologies is one of the more important aspects of this field. 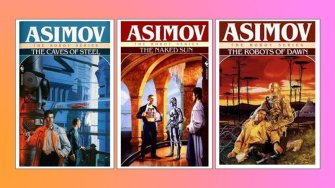 Science fiction often has a way of not only predicting the future, but preparing us for it as well. During the Golden Age of Science Fiction, Issac Asimov, along with Arthur C. Clarke and Robert Heinlein, was part of “the big three” in the sci-fi genre. These authors covered topics ranging from philosophical free-love martians to spaceship robots having mental breakdowns.

Asimov’s contribution paved the way for something many robot ethicists and people are still thinking about today: The Three Laws of Robotics. These were immortalized in his anthology and Robot novel series.

2. A robot must obey the orders given it by human beings except where such orders would conflict with the First Law.

3. A robot must protect its own existence as long as such protection does not conflict with the First or Second Laws.

The complete robot series includes all of Asimov’s short fiction and novellas and if you’re interested in his novels then start with Caves of Steel and follow that to his last robot novel: Robots and Empire. Almost every common robotics trope we have in our culture today was seeded by Asimov.

How to Create a Mind: The Secret of Human Thought Revealed 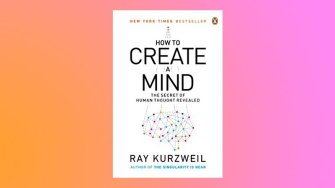 Ray Kurzweil was arguably responsible for popularizing the idea of the technological singularity. In which, much to the hopes of sun-deprived dreamers everywhere that the end was nigh for a super-intelligence would eventually emerge out of a self-improving runaway reaction. With it there’d be no telling what comes next in a world unknowable, ending history in its wake and bringing in a time of unfathomable change. While not all of Kurzweil’s predictions are as verbose, many of Kurzweil’s lesser predictions from years past have rung true.

By combining an investigation into the neocortex, study of language and the development of AI, this book dives into many thought-provoking lines of inquiry. How to Create a Mind is part twenty-first century AI treatise and part philosophical doctrine on the implications of unlocking the unbridled power of artificial intelligence.

While we can sometimes get lost within the existential or even eschatological ramifications (sorry Kurzweil!) of artificial intelligence, we’re still very much in the infancy of the technology. The early seeds of this enterprise still require human ingenuity and some good old-fashioned hard coding. 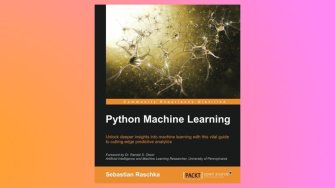 Many of the breakthroughs in current A.I. research come from applications of machine learning. Python has proved to be an excellent language to use to further one’s knowledge in the field. This book includes a Github link and helps teach the fundamentals of machine learning through Python.

The book sets out to teach:

Author Sebastian Raschka sets out step-by-step examples of real-world machine learning applications. You can follow along and by the end of the book have the skills necessary to implement your own machine learning system for sentiment analysis in a live web app. 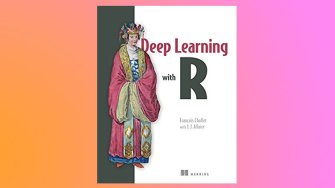 Written by Google A.I. researcher and Keras library creator François Chollet, Deep Learning with R sets out to teach the fundamentals of deep learning in the R programming language. It serves as an excellent instruction manual for Keras and can be supplemented with more theoretical works for a fuller picture of the discipline.

Readers should have an intermediate skill level with R programming. You won’t need any previous experience with machine learning, but this paired with another practical book like Python Learning is a plus. 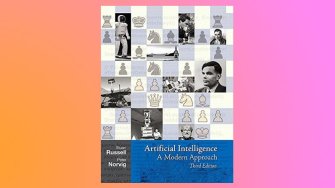 You all knew we were going to get to this one. An accessible book for undergraduate or graduate level students in Artificial intelligence, this is a standard across in academia. Written by Peter Norvig, Artificial Intelligence: a Modern Approach has been used in over 1200 universities and is one of the most highly cited publications.

Many students find it an accessible read as it’s also approachable for laymen, scientists, and tinkerers too. As a best seller in the field, the text offers a comprehensive and constantly updated stream of information to the theory and growing practice of A.I.

Enough movies and stories have been written about the potential pitfalls of this tech. Metropolis occult rituals and Arnold Schwarzenegger terminators have left some people weary and a bit scared. But that hasn’t stopped us yet, has it? 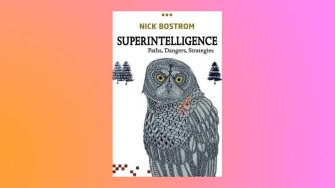 Nick Bostrom’s highly ambitious book has already become a classic. It raises more questions than it answers – as any great philosophical work should. Bostrom wonders about what will happen in the world when machines surpass humans in general intelligence. Will these new beings be our downfall or our saving grace?

On the subject of our origins of intelligence, Bostrom writes: “We know that blind evolutionary processes can produce human-level general intelligence since they have already done so at least once. Evolutionary processes with foresight—that is, genetic programs designed and guided by an intelligent human programmer—should be able to achieve a similar outcome with far greater efficiency.”

Bostrom assumes the mantle of 21st-century techno-sage, breathing life into a real possibility of a much greater intelligence in this universe.

Life 3.0: Being Human in the Age of Artificial Intelligence 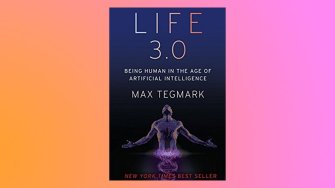 A favorite book of Elon Musk and one in which Musk was inspired to describe developing advanced A.I. as akin to “summoning the demon.”

Max Tegmark, an MIT professor (and Big Think guest), covers a wide range of spectrums in the potential future of AI. It’s a little watered down compared to Bostrom’s Superintelligence. But it gets the point across that things are changing rapidly. What it does best is it helps inform the layperson in areas of impact that will be affected most by AI in our day to day lives.

Robot Ethics: The Ethical and Social Implications of Robotics 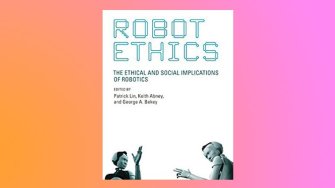 The first book in a two-part series, Robot Ethics is a starting point for learning how to design and hard-code ethics into robotic artificial systems. As ethical concerns become even more pressing, roboticists and other technologists need to start thinking about what they can do now to stop any future catastrophic events.

Some of the covered topics include:

Regulation often comes too late with new technologies. But the authors of this book state that we must reverse this trend. Ethics and regulations need to be on the forefront for such a game-changing tech.

Our Final Invention: Artificial Intelligence and the End of the Human Era 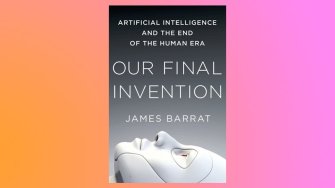 Author James Barrat explores the many governments and agencies around the world researching AGI and pouring billions into funding. Many scientists believe that once this lofty goal has been reached, these machines will have similar survival drives as we do.

Barratt explores this line of thinking and takes it to its logical conclusion as many others have. A superintelligent AGI would become an alien-like entity to the human race.

James wonders if we would serve any further purpose to a being as powerful as this. Would it begin to suck up as much matter and energy as it could for its foreign purposes and simply brush us aside? It’s a despondent and completely apocalyptic view of what may happen, bringing up images of The Matrix and other fictional worlds bereft of biological life.
Related
13.8

How artificial intelligence can detect – and create – fake news

When Mark Zuckerberg told Congress Facebook would use artificial intelligence to detect fake newsposted on the social media site, he wasn’t particularly specific about what that meant. Given my own […]