The Medici family had a long and powerful influence in European history for hundreds of years. They were well known for their banking prowess and are synonymous as an unparalleled patron of the arts during the Italian Renaissance. Early historical records point to some of the first Medici’s being active in political affairs starting in the 13th century.

But it wasn’t until the late 14th and 15th century that the family truly came to power with the creation of the Bank of Medici. Giovanni de’ Medici opened up one of the first family banks in 1397 in Florence,  the city which would become and remain a central hub for the family for the next four hundred years. Throughout the years they saw their fortunes grow and flounder through a variety of ventures.

From running one of the largest banks in Europe to shifting their fortunes to patronage and control of the papacy and other political posts, the Medici’s reign was a complex affair. This is how they rose to financial prominence because of their banking success and their eventual downfall. The family took their once great banking kingdom and dominance and turned it into a dynastic legacy that affected Europe and the world as we know it today. 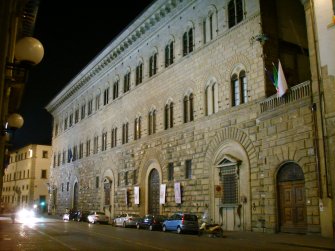 Origins of the banking empire

One of the first great Medici bankers was Cosimo de Medici, who managed to build up the great financial empire. By expanding the bank and starting off a trend that would follow with his sons and grandsons, he gave patronage to the construction of churches. Cosimo was a practical man whose advice to his family was to “Be inoffensive to the rich and strong, while being consistently charitable to the poor and weak.”

Running in tandem to him consolidating power within the bank, he was also cultivating a tradition of patronage that would run into the mature renaissance period. Donatello, who is well known for his sculpture of David, was one of the first benefactors of the Medici patronage. This would continue as his grandson Lorenzo the Magnificent would provide patronage to Leonardo Da Vinci and Michelangelo among many other great artists and projects of the era.

It was due to Cosimo’s meticulous and advanced banking practices which led to the substantial generation of their wealth, the Medici’s would use this impetus of a fortune to bankroll their political power in Florence and sponsor the greatest artists and projects during the Renaissance period. During this time, Pope Pius II said of Cosimo that: “He is king in everything but name.”

From the time of Giovanni and for the next hundred years, the Medici banking dynasty became one of the largest banks ever seen throughout Europe and the world. From Florence, Rome, to even Barcelona and London it expanded its banking activities at an extraordinary pace. Many of its banking branches were partnerships that up until 1455 were under a central holding company. The idea of a holding company is considered a Medici invention. During this period of banking dominance, the Medicis utilized a number of banking innovations which are still in use today. 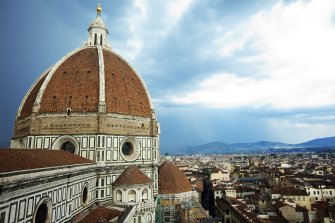 Medici banking system sets the standard of the era and beyond

The advent of double-entry bookkeeping was put into practice by Giovanni de Medici who popularized its use. The sheer amount of capital flowing through their bank generated by traders during this time needed to be accurately tracked. Keeping the books in check and eliminating error was a necessity in this time as the mercantile class had created a boom in the economy.

Double-entry bookkeeping uses a ledger where the accounting equation of “Assets = Liabilities + Equity” is put to use. This means that both debits and credits are recorded, which can then be used to create an overview of how much money the business has and in what function it is being used. It helped bankers and merchants keep a better eye on their accounts to make smarter financial decisions. It’s a simple yet highly effective tactic that helped build Medici’s reputation.

Along with this more efficient bookkeeping method, the Medici’s utilized letters of credit, which allowed international trade at the time to flourish. Letters of credit are agreements in which a buyer’s bank guarantees to pay back the seller’s bank once goods or services have been delivered. For example, one party would be authorized to receive pounds at the London bank in exchange for the florin (Florence’s currency at the time.)

During this time it was too difficult and dangerous to ship large sums of money across Europe. For this reason, traders would deposit their money for a Medici letter of credit. More than just assisting in the flow of trade and maintaining a successful commercial enterprise, this was a way for the Medici’s to circumvent an overly religious zealous culture. During the Middle Ages, the church had made usury (which is the lending of money for interest) a sin. A letter of credit was able to sneakily build interest into the transaction without being an outright usury. Currencies then traded under the auspices of exchange would then be utilized as a way for the Medicis to receive interest on loaned payments. It was because of advancements and financial solutions like these that the Medici bank became so powerful. But the bank soon began to overstretch its reach and just as fast as it had risen to power it began to fall.

‘Portrait of Leo X’, Raphael, 1519. The ball on top of the chair is supposed to represent the Medici family.

With increased size comes more overhead. As many different branches and departments began to grow, there were problems in coordination between administrators in disconnected branches and even other governments. Without a strong leading presence to carry out the banks’ function and governance, following Cosimo’s death in 1464 the seeds for disintegration were already set. His son Piero and grandson Lorenzo were less apt to the banking business than their elder.

Piero who was bedridden because of gout had no experience in the banking sector nor did his son, who put more stock on the Medici family’s fortune rather than continuing to run the bank. As these descendants lost their grip on the banking empire, economic troubles with debt-ridden foreign nationals and the Pazzi conspiracy – a coup by rival banking families backed by the Catholic Church to usurp Medici control in Florence – had brought the Medici Bank to an end. By 1494 the bank had closed all of its branches and was nearly bankrupt.

Although the bank was lost, the fortune was not. Dealing with coups and exiles, the Medici family went through a tumultuous time during the end of the Renaissance. Lorenzo carried on with the Medici fortune and name, consolidating new forms of power from their riches and sponsoring the likes of Botticelli and Michelangelo. The once financial kingpins and businessman had shifted their expertise to the artistic and political realm.

Throughout the years they would install Medici men as popes and would wed their lineage to far reaching kingdoms in France and England. Although the Medici regained their power after the bank fell in Florence, they’d never again rebuild the Medici Bank, instead, the dynasty would move on to influence the world in ways beyond money.

Madonna or whore; frigid or a slut: why women are still bearing the brunt of sexual slurs

Senator David Leyonhjelm’s sexist slur on Senator Sarah Hanson-Young during parliamentary debate raises many issues about how women’s credibility can be undermined by implications that they are sexually more active than is deemed “acceptable”.rnrn