Throughout history, mankind has often been enthralled by stories of mythical places, cities, and paradises shrouded in secrets and lost to the sands of time. These legendary locations pervade all great cultural histories. Some have served as allegories for more prosperous and peaceful times, others as places to find and conquer!

While philosophers weaved tales about lost cities, ancients also dreamt of places that once gave rise to utopian golden ages. A journey through the history of these fabled lands has captivated many. Some people might even be inspired to believe in them all over again.

Here are the 7 most famous mythical places in the world. 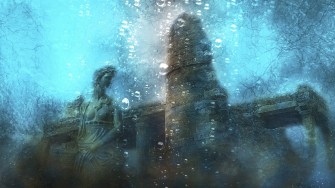 Unlike many stories whose appearance have been lost to the historical record, we know exactly when and who invented the story of Atlantis. The story was first told by Plato around 330 BCE, in two of his dialogues “Timaeus” and “Critias.” It’s been established that there was no record of Atlantis before these texts and that Plato created this place as a plot device in his stories.

The Sunken City of Atlantis was supposed to be an incredibly powerful civilization that was sophisticated, wealthy and founded by demigods. It was made up of many concentric islands with exotic plants and animals aplenty. He used these people as an example of what befalls a nation when they succumb to hubris.

Despite this story’s origin in pure fiction, many people over the millennia have sought out this mythical place. A lot of the speculations were inspired by a book written by a Minnesota politician, Ignatius L. Donnelly, in 1882. He believed that Plato considered Atlantis a real place. He went on to explain its histories and supposed rule over large swathes of the world, his theory being that all ancient civilizations descended from this one land.

The Last Sleep of Arthur, Wikimedia Commons. Supposedly, the background is Avalon.

Glastonbury, a town in England, well known for its neo-pagan beliefs and local Arthurian legends was once thought of the location for the legendary, idyllic and lost paradise of Avalon. The first mention of Avalon was in 1136 through Geoffrey of Monmouth’s Historia Regum Britanniae. According to Arthurian legend, the island was ruled by Morgan le Fay, an enchantress who nursed King Arthur back to health after a battle.

The mystical land was sometimes referred to as the Island of Apples because it was supposedly covered in wild grapevines and apple forests. Its inhabitants were immortals as well. This was the place that the great sword Excalibur was forged. This magical place is where King Arthur was laid to rest and laid on a bed of gold. 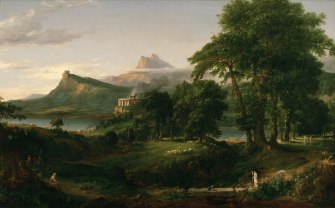 A couple of hundred years before Plato’s time, the Ancient Greeks imagined a place called Arcadia. This early vision utopia is also the name of a region in modern-day Greece. In ancient mythology, Arcadia was a pastoral back-to-nature place. The wilderness housed Pan, a woodlands God who resided with his nymphs and satyrs as his guards of a never-ending hedonistic paradise. This was a place where beings greater than humans ascended to and lived in prosperous delight for hundreds of years. It was an Eden where spirits and gods gallivanted in ecstasy and longevity.

Arcadia has remained a popular muse for artists from antiquities onwards. Virgil and Ovid set many of their poems in these primeval forests. Medieval European writers and Renaissance painters all tried to capture the spirit of this golden age land. Arcadia is the archetypical view of a place untouched by civilization where humans live as gods. 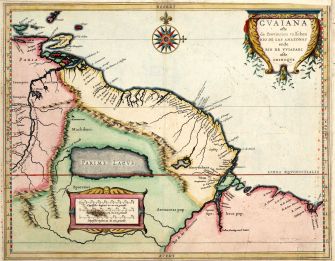 Hessel Gerritsz from 1625, depicting the city of Manoa / El Dorado on the left of the lake.

Conquistadors riding through 16th century South America scoured the land for a mythical city of gold. El Dorado started out as a story about a king named “The Gilded One.” He was said to be a native king who powdered his body with gold and tossed ornate jewels into a lake as part of his coronation. These stories eventually would morph into a tale of a kingdom rather than an individual man.

The legends grew over the years as the Europeans spread and discovered more of South America. The golden city was a place of untold prestige and wealth, which captivated plenty of adventurers. El Dorado was said to be next to Lake Guatavita – a real space they’d eventually find. When explorers found the lake, they lowered the level of the water and found hundreds of gold pieces. But the fabled city remained out of their grasp until all swathes of South American land were eventually covered and the myth was no more. 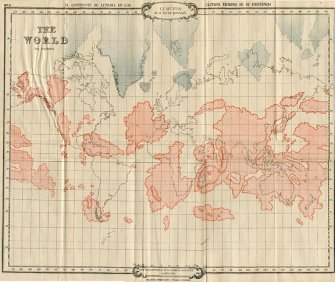 Map of Lemuria according to William Scott-Elliott.

This hidden land was told through stories many ages before Atlantis. There are many origins to Lemuria, some occult writings, pseudo-histories and even scientific musings of a lost continent as well. Many texts from the east talk about a land called ‘Ra-Mu.’ In some sacred Tibetan texts, this land is also known as Muri or Lemuria.

Madame Blavatsky, a Russian occultist who co-founded the Theosophical society in 1875, wrote a thrilling fiction about this secret land. Blavatsky claims in her “The Secret Doctrine” text that Lemuria contained a third race of Lemurians, she also posited that Atlantis also existed. Her Lemurians were described as having four arms and a psychic eye on the back of their head, which they used to communicate with one another through telepathy. This is a definite favorite amongst occultists and esoteric conspiracists.

Shambhala is a Sanskrit word that means “place of peace.” This is an ancient mythical paradise that predates Tibetan Buddhism. The name was first seen in the scriptures of Zhang Zhung in western Tibet. According to the legend, it’s a kind of heaven where only the purest can live in a place bountiful with love and wisdom. There is no old age or suffering here in this mythical kingdom.

Also known as Shangri-la, this place has been called by many names throughout the years. Sometimes called the Forbidden Land, Land of Radiant Spirits and Land of the Living Gods. Many westerners believed it to be a real place for some time, hidden deep within the Tibetan mountains. In Buddhist traditions it’s said to be ruled over by a future Buddha named Maitreya and when the world declines into abject war and degeneracy, a great war will come as the Shambhala Kings ride out to defeat “dark forces” It is after this time in which the world will be ushered into a new Golden Age.

A place of intrigue for many explorers, poets, and even Nazi occultists, Thule was a territory that was said to be located in the frozen north near the Arctic. The tale dates back to 4th century BCE when a Greek explorer named Pytheas claimed to have traveled to an icy island north of Scotland.

Many of Pytheas’ fellow explorers doubted the validity of his claims, but the Thule legend would live on through the ages. Eventually, the original location was most likely a mistaken Norway or Iceland. The myth of the island is most famously connected to the Thule Society, a post World War I organization that believed Thule to be the ancestral home of an Aryan race.

The most technically impressive feats of animation often strike us as eerie instead of impressive, and it’s all thanks to the uncanny valley.
Up Next
Personal Growth

Down with the larks: on the virtues of sleeping like a sloth

People in the West are constantly encouraged to sleep less and accomplish more. But the science behind sleep deprivation shows why that’s a terrible idea.