There is a small sect of our population that is left-handed. Researchers have found that 10 to 15 percent of people have an inborn proclivity for left-handed dominance. We know that it is in a sense rare and also lends itself to making lefties more creative and musically gifted, but we’re still stumped on what actually makes people left-handed when the majority of the populace is right-hand dominant.

The science behind why people are left-handed isn’t in agreement just yet. There have been a number of worthy studies and hypotheses put forth that deal with genetic differences and brain structure, and new research has begun to expand on those genetic and brain factors.

While scientists cannot yet confirm the definite point of handedness, they do know that children of left-handed parents are more likely to inherit this trait. There are also a few new scientific clues pointing the way ahead. 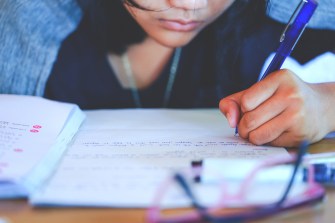 A research paper in Nature put forth the idea that determining handedness could be done by analyzing prenatal development in humans. They hypothesized that if humans are congenitally prepared to a certain handedness then this type of wiring should be able to be examined in their motor system before birth.

The researchers tested this through ultrasonography and the results were promising. They stated that: “We revealed that both right-handed and left-handed fetuses were faster to reach to targets requiring greater precision (i.e., eye and mouth) with their dominant (vs. non-dominant) hand.”

This somewhat confirms the genetic factors—but there’s still more to the scientific story of left-handedness.

Symmetry and asymmetry throughout the body

Neuroscientists know that the reversal control in brain hemispheres tends to make left-handed people more “right-brained” (so to speak) and use this hemisphere of their cerebrum more than right-handed people and vice versa.

A right-brain dominant person does have some advantages in a few areas, but scientists have shown that having an equal symmetry and balance between all four brain hemispheres is of the most benefit. It’s thought that lefties have an overall greater brain symmetry, but the onset of left-handedness might start elsewhere and be actually due to asymmetry in a different part of the body.

The motor cortex in the brain controls arm and hand movements. It sends signals from this area of the brain into the spinal cord, which then makes the movement function into motion. The spinal cord and this part of the brain aren’t connected right away. It’s been shown that before this connection is made, dominant hand preferences are already becoming apparent.

Some scientists think that the root of the connection lies in the spinal cord. Researchers at the University of St. Andrews in Scotland tested out asymmetry in the body to better understand left- and right-handedness. They looked at a rare condition called situs inversus, which means all the major organs are reversed on the other side of the body. They figured out that parts of the genetic code for this rare condition could be found affecting left-handedness as well.

A lot of this research could be guiding us to an eventual comprehensive overview of why some of us are left-handed, a question that has been with us for some time.

For some reason, there has usually been a connotation of wrongness or strangeness in the etymology of most languages’ definition of lefties. For example, the Latin words sinistral (left) and dexter (right) are the root words for sinister and dexterous.

Although lefties had to deal with this inherent cultural bias, throughout the years many of them have blazed forth paths that led them to riches and genius-level fame. Science is proving that growing up a lefty makes you creative and more likely to think outside the box. Here’s just a couple of famous figures to prove that fact.

Leonardo da Vinci, the prototypical Renaissance man, took his left-handedness to the extreme. In his immensely creative brain, he created his own idiosyncratic way of writing from right to left. You’d have to look through a mirror to read his script. He might have done this just to avoid messing up the ink on the paper while he wrote. 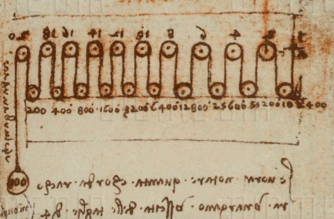 Napoleon Bonaparte, another lefty, once objected to the military tradition of marching on the left side of the road and holding your weapon in the right hand. Legend says that once Napoleon was in power, he made all his armies switch sides, which then explains where our rules of the road came about.

A great deal of American presidents have also been left handed. Barack Obama was our latest, who was preceded by the likes of Bill Clinton, George H.W. Bush, Ronald Reagan, Gerald Ford, Harry Truman, Herbert Hoover and James Garfield in the 20th century.

While the science remains an unfolding mystery, the implications of left-handedness range from intense creative prowess and unexpected sleight of hand in both sport and politics.

There is a definite and unique advantage to being left-handed.

Did an 11-year-old kid hack the Florida Secretary Of State voting website?

The short answer is that an exact copy of the website was hacked, yes. In just 10 minutes. By an 11-year-old kid.