Is Nessie real or just a tourism ploy? There might be more to this (in)famous monster than you think... 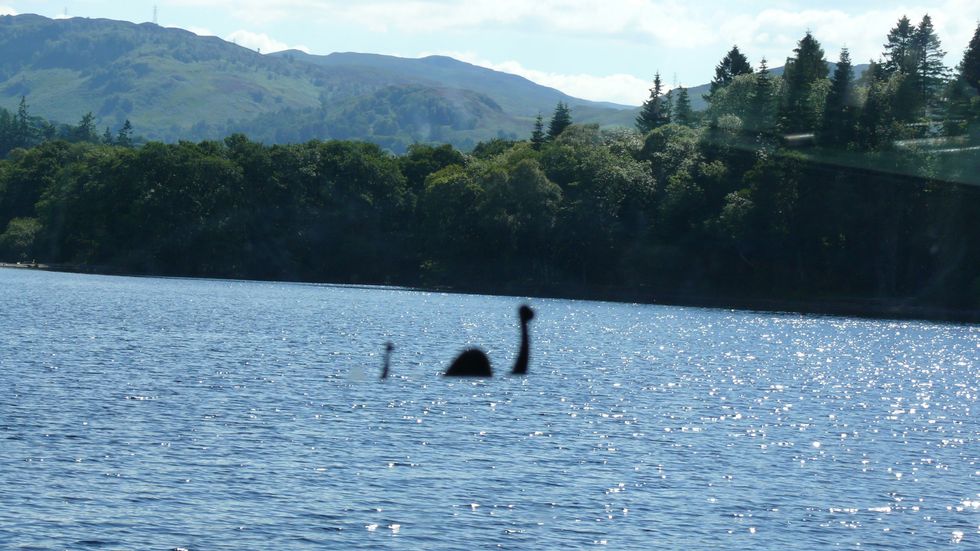 The actual Loch Ness Monster (or is it?), Wikimedia Commons

Up in the Scottish Highlands lies one of the largest lakes in the British Isles. The locale itself is a magnificent sight to behold. Loch Ness is a place that has become synonymous with the name Loch Ness Monster – for the supposed monster sightings of “Nessie” in the lake and surrounding areas over the years. Geologically speaking it’s unique as well for its large depth relative to its overall size. Loch Ness is a deep freshwater lake that stretches down an average depth of 433 ft with a max depth reaching 744.6 ft.

Looking out from the shoreline from the Urquhart Castle on the banks of the loch, the water shimmers and stretches out to the rolling hills. There is a lot of history here with the added natural splendor of the surrounding area. Lost in the beauty alone, Loch Ness is an exemplary setting to see.

But despite this beauty, the prospect of the Loch Ness Monster holds people's’ interests. The Loch Ness monster is a cryptid, a hidden animal, which joins the likes of dragons, yetis, and bigfoot. Sightings have littered the historical record, many of these being debunked or outright hoaxes. Photographs and video evidence have ranged from mistaken pieces of driftwood to zoomed in pictures of otters and birds. Yet even with this mounting evidence that nothing is there – or that what’s there is being mistaken for something else, many people locally and worldwide still believe in the Loch Ness Monster.

Loch Ness Monster sightings in 1933 and beyond

The emergence of the legend into the cultural consciousness came to us on May 2, 1933, in a local newspaper. The Inverness Courier relayed an account from a couple who claimed to have seen “an enormous animal rolling and plunging on the surface.” At the time this had become a media sensation. London newspapers sent their correspondents to Scotland and a circus even offered a 20,000-pound sterling reward for the capture of this newly named monster.

Throughout the years interest began to grow and others began to claim they’d seen the animal on land. For decades, amateurs have set up camp and sent expeditions into the lake. Some universities even launched sonar investigations into the water, where they sometimes detected moving underwater objects. In 1975 a combined sonar and underwater photo appeared, that when enhanced showed a flipper of an aquatic animal – otters are known to live in and around the lake. It wasn’t until the late 20th century that an early photo famously referred to as the “The Surgeon’s Photo” taken in 1934, was debunked. A highly respected surgeon named Colonel Robert Wilson came forward with a photo that looked like a sea serpent in the Loch.

The original story goes that Wilson took the photograph in the morning on April 19, 1934. He was driving on the northern shore of the Loch and noticed something moving in the water. For years this photograph was considered the best evidence that there was some kind of sea monster living in Loch Ness.

While skeptics and investigators throughout the years believed that this picture was a hoax. They were proven right when Christian Spurling confessed to staging the photo in 1994. The plot involved Marmaduke Wetherell and Colonel Wilson, the former who had lost face when he’d investigated footprints of a large animal along the Loch,  and it had turned out to be hippo’s feet, which shattered his credibility. Thus the strongest evidence and cornerstone of the sighting conspiracy was debunked many years ago. But for some reason, the Loch Ness Monster and its haphazard sightings still persist.

A Scottish government wing has an actual plan if the Loch Ness Monster is ever discovered. The Scottish Natural Heritage (SNH) prepared a plan in 2001, in which they stated was "partly serious, partly fun,” this code of practice was drawn up in the event that a new species was discovered in the Loch. It states that if a DNA sample is taken of the creature it should be released back into the loch afterward.

In recent times, there has been renewed interest in Loch Ness after a group of scientists set out to find out what’s in the lake by using something called environmental DNA or eDNA. An international research team led by University of Otago geneticist Neil Gemmell began collecting water samples from the loch in April of 2018. By sequencing DNA fragments they can find what type of species are in Loch Ness.

Environmental DNA is a powerful tool for researchers because they can get a genetic footprint of an entire ecosystem all at once. Helen Taylor who is on the team with Gemmell said of the process:   “Imagine being able to take soil or water samples from an ecosystem and catalog every species living in that ecosystem. No more invasive sampling or taking whole organisms back to the lab to ID them under a microscope.”

In years past and with the eDNA analysis underway, there has been some real scientific experimentation going on in Loch Ness. Many of Gemmell's team remain skeptical about the Loch Ness, but are happy to have an opportunity to test out cutting-edge practices like eDNA.

But for the general public, this paints a discordant picture of Loch Ness and makes a mess out of sifting through what’s myth and what’s real here. No more is this evident than in Scotland’s first minister saying that she believes there is a monster. Who also was maybe joking?

It’s also difficult to determine how this type of pervasive uncritical thinking could be leading to other types of nonsensical beliefs.

There are a reported 400,000 people who visit Loch Ness on an annual basis. On average there are around 10 reports of an unexplained sighting in the waters. People have been seeing many different things for years in those waters.

Science coming in with the logical takedown

One of the best takedowns of the mere plausibility of a monster existing in Loch Ness comes from authors Daniel Loxton and Donald R. Prothero, who in their book, Origins of the Yeti, Nessie, and Other Famous Cryptids offer a detailed debunking of many different mythological animals that still persist in contemporary culture.

The monster has been described as a giant dinosaur-like creature that lives in the lake. In order for that to be true, we need a lot of concise evidence. Not a bunch of hyped sightings and blurry photos over a few hundred years time. These accounts have remained unreliable and will most likely continue to be so over the years. This objection is just one problem with the whole sighting endeavor. The bigger issue that author Donald R. Prothero says “is that the biological, geological, and physical evidence is against the thing existing."

Many cryptozoologists state that Nessie could be a surviving plesiosaur, which is a marine reptile that lived in lakes some 65 million years ago. Overall, here are some of the main issues with this prevailing hypothesis:

A whole lot of people visit Loch Ness and the economic value is worth some £25m. So while it’s profitable to keep up the Loch Ness Monster myth, it isn’t real. Whether people want to believe this or not only time will tell. We can imagine the Loch Ness continuing to tell tall tales with more blurry photos in its wake.