10 documentaries that will make you a lot smarter about money

There’s no escaping its vast power and utility for the human enterprise. Stories, great tales, and songs have all been written about the all-mighty dollar. Here's 10 documentaries that we think you'll enjoy. 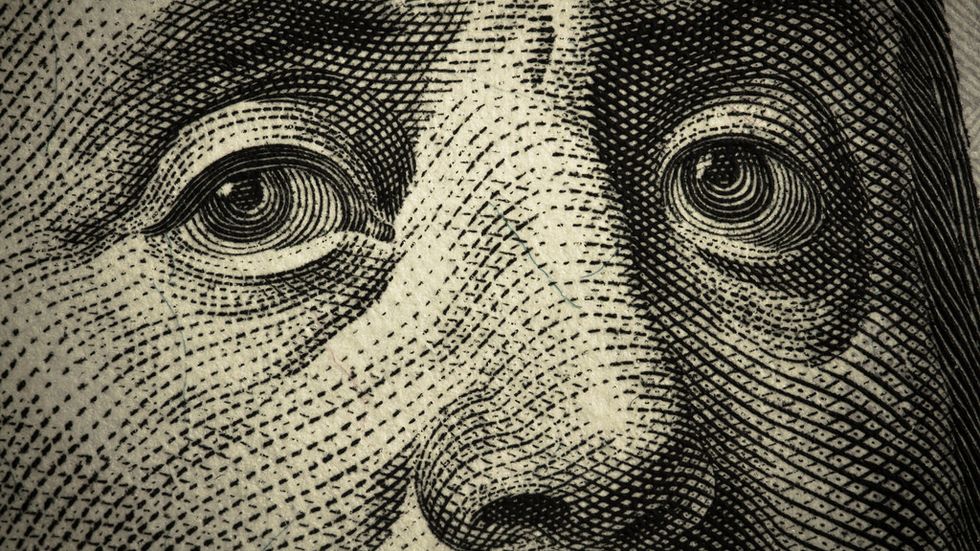 Monetary policy pervades all areas of our lives whether we realize it or not. The proverbial financial forces have laid the foundations for both society and civilization. On a fundamental level, we can look at money in two different ways. It is a form of stored labor – both intellectual and physical and also a medium that conveys value for exchange.

There’s no escaping its vast power and utility for the human enterprise. Stories, great tales, and songs have all been written about the all-mighty dollar.

“Money, get away
Get a good job with more pay and you're okay
Money, it's a gas
Grab that cash with both hands and make a stash”

In the past two decades, a lot of diverse documentaries have been created on the subject. They range from covering the infamous 2008 market crash, balancing a life-work balance to the importance of the technological advent of fiat currency. Here are some of the most informative films on the subject.

Credit can be used as an excellent tool for leverage and financial health or it can be abused. There’s no end to how far in debt you can get yourself by being irresponsible with credit. It’s not just individual consumers that need to watch out either. Governments and businesses can put themselves way under by mismanaging credit.

Maxed Out was made in 2006 by James D. Scurlock. This film was prescient in its knowledge of the lurking corruption and mismanagement of credit in both the United States and abroad. It preceded one of the greatest financial crises of our time. This movie is an omen for what was to come just two years later.

It’s been twelve years and we still haven’t seemed to have learned our lesson yet. Personal credit card debt is at an all-time high. Not to mention, many of the youth of our nation are in a serious student loan epidemic. While this film is dated, the points it makes are relevant to our time.

The economic crisis of 2008 was one of the worst in recent memory. Arguably because of unchecked banking regulations and greed prevalent in all strata of society, the global economy tanked and hit the floor. This 2010 film was directed by Charles Ferguson and led by actor Matt Damon.

Ultimately many of the reforms suggested in the film were put into practice when the Dodd-Frank law passed around the time this was released. The summary of the act states:   After this crisis, phrases like bailouts and “too big to fail” entered the public vernacular. While there is still a ways to go in fixing the system, a new light had been shed on shady banking practices.

“An Act to promote the financial stability of the United States by improving accountability and transparency in the financial system, to end "too big to fail", to protect the American taxpayer by ending bailouts, to protect consumers from abusive financial services practices, and for other purposes.”

In this film, we follow renowned master sushi chef Jiro Ono. At 85 years old he runs of the greatest sushi restaurants in the world. But by the end of his career and into his twilight years, he’s thinking back on what his legacy really entailed.

This is a personable documentary that looks into what it means to sacrifice time and parts of your life to reach a grander goal. That is to say, is work and the attainment of riches or at least a fair amount of money the true meaning of success and happiness? This film captures this question through the life and achievements of Jiro Ono and makes the viewer reflect and maybe even reconsider what it is they’re chasing after.

The Ascent of Money

Based on the book by Niall Ferguson, The Ascent of Money is an ambitious documentary that charts the progress and evolution of the financial system. It starts from way back in the cradle of civilization in Mesopotamia. Ferguson considers money to be the essential force or as he puts it "backstory" behind all of history. Calling it one of the most important technological inventions of all time. This film yet again revisits the 2008 economic crisis as an endpoint.

This film does a great job of weaving together financial education with financial history. It simplifies many things like bonds, the creation of the stock market, insurance and the fundamentals of the banking system. Prepare to be taken on a journey through this six-part series that covers everything from the famous Medici banking system to the 19th century Rothschilds.

The True Cost, made by Andrew Morgan, takes a look into a very pressing issue, but often overlooked problem in the fashion industry. He travels to Cambodia and Bangladesh to visit garment factories. There he’s faced with cruel and inhumane working conditions. Many garment workers only make $3 a day and are beat by bosses in a backwards working society.

Through Indian cotton fields, we see the faces behind a multibillion-dollar industry. The True Cost weaves together economic disaster and ecological catastrophe into an eye-opening story of exploitation and greed.

Love him or hate him, Michael Moore produces some interesting documentaries. The film sets out to explore what Moore thinks is an equivalency between democracy and unchecked capitalism. Moore starts the documentary by saying this was an interest of his he’s had throughout his entire life.

Like many of Moore’s films, he paints a compelling argument for one side of the story but neglects the other. He goes on to correctly describe unhinged and corrupted capitalism. But he shoehorns in socialism as the unquestioned panacea for all of our problems.

In line with the previous list of films mentioned, it also focuses on the great recession and housing bubble crash of 2008.

Marc H. Simon’s Unraveled focuses in on one white collar criminal. Attorney Marc Dreier embezzled over $400 million from hedge funds and private individuals in a multi-year crime spree. Simon meets one on one with Dreier while he’s under house arrest awaiting his sentencing.

A majority of the film centers around Dreier reflecting about his decisions and what led him to this point. A graduate of Yale and Harvard, Dreier also possessed not only well-learned roots but was also naturally gifted. Even so, he fell into a legal quagmire of deceit and thievery as he attempted to keep up with his growing lavish lifestyle.

The End of Poverty?

Filmmaker Philippe Diaz sets out to get a complete and researched understanding of poverty throughout the world. Through the film, he interviews a litany of policymakers, scholars and more about the crippling problem of poverty. At the core of the film is a simple question that sets out to ask: If there is so much wealth and progress around the world, why is it that so many still live in abject poverty?

The film is powerfully narrated by Martin Sheen and spans the globe in its search for answers. It explores historical narratives and visits the poverty-struck countries it muses about. The sights seen in Bolivia show the real faces and people affected by unjust laws and corporate corruption.

Sometimes we overlook some of the simplest questions about money. Such as, where does it come from? Who makes it? What happens to regular citizens when currencies and financial institutions break down and stop working? This documentary created by UK financial analyst Ann Pettifor, sets out to find the answers to these questions.

97% owned takes its title from a finding that states that commercial banks are responsible for creating a majority of money through the creation of loans – some say 97%. With a host of interviews with top economists and bankers, it looks into how banks are given the power to create money and have a hold over the economy. This short documentary packs in a lot of information.

Based on a book by former Fortune Magazine writers, Bethany McLean and Peter Elkind; Enron: The Smartest Guys in the Room is a warning for what can go wrong when a company is built off of unsound financials and hype. The film takes you through the beginning of the Enron scandal and what led up to this financial catastrophe in the first place.

It paints a chilling picture of the unbounded enthusiasm both its stockholders and the general public had for a company that wasn’t worth the paper its shares were printed on. At one point of the movie, it shows how an electrical power-line installer put his entire 401k savings into Enron stock. At the highest point in Enron’s pricing, it was worth some $300,000. By the time the company went insolvent, it disappeared to a measly $1,200.

Enron serves as one of the greatest cautionary tales to would-be investors or speculators. That bag of unrealized gains you think you’re holding might end up just being a bag full of nothing if you’re not careful.