MIT researchers Steve Ramirez and Xu Liu recently made history when they successfully implanted a false memory into the mind of a mouse. The proof was a simple reaction from the rodent, but the implications are vast. They placed the furry little creature inside a metal box, and it froze, displaying a distinct fear response. The mouse was reacting as if it had received an electrical shock there, when it hadn’t at all.

What makes it more riveting is that their success was considered a long-shot. The hypothesis was that not only could they identify those neurons associated with encoding memory, but could essentially rewrite one. Experts say that this an impressive feat which helps uncover more of the mystery of how memory operates. Though neuroscientists have considered such a possibility for years, they never thought this kind of experiment could actually work.

This breakthrough was possible due to research out of Oxford which discovered exactly how short-term memories are transferred into long term memory. But the MIT researchers took it into an entirely new direction. Memories are actually stored in not one area, but certain groups of neurons known as engrams. Ramirez and Liu came together in 2010 and designed a new method for exploring live brains, to identify specific engrams. The neuroscientists used a newly minted technique called optogenetics, which employs lasers to stimulate genetically engineered cells designed to react to them. 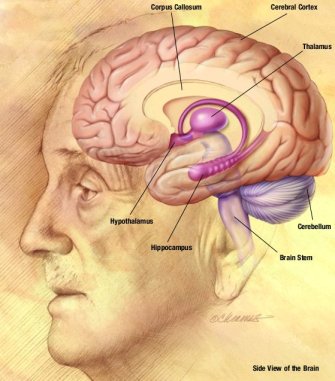 Areas where the memory resides are highlighted in purple.

The scientists and their team injected a biochemical cocktail into the brains of special, genetically engineered mice. The cocktail contained a gene with a light sensitive protein called channelrhodopsin-2. This was injected into the dentate gyrus—the area in the hippocampus where memory is encoded. Then they implanted filaments into the mice’s skulls. These acted as a conduit for a laser. The researchers found they could reactivate a memory by flooding certain neurons with laser light.

In order to prove that they could identify certain engrams, they reactivated a memory associated with fear. After the experiment, the mice’s brain tissues were examined under a microscope. Those associated with a specific memory glowed green due to the injected chemical. Liu compared it to a “starry night” where you could view “individual stars.” The engram that glowed was associated with an electroshock to the foot, and so triggered the startle or fear response.

Now that they knew which engram was associated with fear, they set up an experiment to test it. After injecting the cocktail into the same region of the brain, they placed the mouse inside a metal box. This box was safe. The mouse was able to explore for 12 whole minutes with no problems. The next day, it was put in a different box but received an electric shock instead. These two boxes differed in color, shape, and scent, researchers assure. The following day, the same mouse was placed inside the safe box again, and would have remembered it as safe. But researchers activated the foot shock memory using a laser, initiating the fear response. 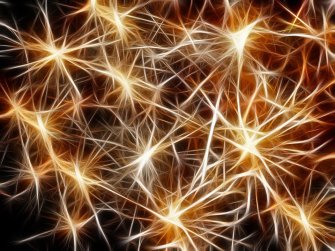 Networks of neurons lighting up.

Is a similar procedure conceivable for humans? According to Ramirez, “Because the proof of principle is there…the only leap left between there and humans is just technological innovation.” Today, over 20 labs around the world are building upon this research. In fact, a French team recently implanted false memories in the brains of sleeping mice. Howard Eichenbaum, the director of the Center for Neuroscience at Boston University, is going in another direction. He is working on recreating longer and larger memories, those experiences which unfold over time.

There are many positive implications such as the ability to take the bite out of or even erase those painful memories attached to PTSD, depression, and other psychiatric disorders. There may be applications for Alzheimer’s, reverse engineering memories lost to the disease. It even holds promise for those suffering from substance abuse disorder, allowing them to forget their addiction.

Even so, there are negative connotations too. As our memory is the glue which holds our identities together, wouldn’t erasing a memory, even a bad one, indelibly erase a portion of the person themselves? Though painful, our negative memories define us. Of course, those hobbled by depression or haunted by PTSD could come to see it as a saving grace. Today, scientists aim not to erase technically, at least at first, but to rewrite a memory in a manner that promotes, rather than impedes, mental health. But the potential is there. There are further implications. 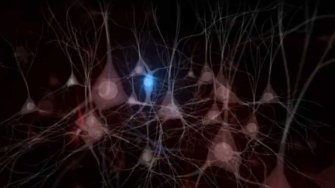 A neuron associated with the fear response is illuminated.

What about implanting false memories in witnesses to change the outcome of trials? Many in the past have been convicted when they were innocent, exonerated later due to the advent of DNA testing. False memory implantation might lead to a new and ruthless form of witness tampering. Films like Inception or Eternal Sunshine could become a reality. But if you erase the memory of a bad ex from your past, do the lessons you’ve learned about love go with it?

There are implications in terms of state control and even the sovereignty of one’s own mind. Such a procedure under a totalitarian regime could manufacture false patriotism, even wipe clean the memories of revolutionaries in order to make them loyal to the state. The ability to actually do this is thought to be four to five decades away. Yet the federal research group DARPA says it is a mere four years from a brain implant capable of altering PTSD-related memories. Theoretically, such technology could be used to silence dissent.

Meanwhile, a psychology professor at New York University, Dr. Gary Marcus, has proposed inserting a microchip into the human brain to allow for a human-internet interface, making the mind a search engine as well as improving one’s memory. Perhaps you could backup files to prevent tampering. But wouldn’t it also allow a hacker to say hack your brain? An important ethical dialogue must begin now. A superstructure and strict protocol must be erected. And yet, chances are those operating outside of its boundaries may still violate it. Though this technique shows promise, strong regulation and oversight must be enacted to prevent human rights violations and miscarriages of justice.

For where we are right now on manipulating memory and the moral implications click here:

While text-generating AI can be very useful in some applications, it generates pseudo-profound bullshit — that is, content that sounds good to humans but whose truth value is unknown.
Up Next
Culture & Religion

Surprise Gun-Control Filibuster in the US Senate

Connecticut Sen. Chris Murphy, a gun-control advocate whose home state saw the massacre of 20 school children at Sandy Hook Elementary, has launched a surprise filibuster on the floor of the Senate.