Gage’s story has been retold in countless psychology textbooks — and exaggerated through countless retellings. He is patient zero for personality change from brain injury and an important milestone in our understanding of the human brain. His exhumed skull holds a place of honor at the Warren Anatomical Museum at Harvard, and neuroscientists continue to study it to this day.

Since then, we’ve learned much about how the brain works and its role in making us who we are. Here are seven things scientists have discovered about this incredible organ. 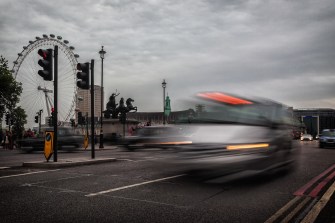 “[Plasticity] is actually very powerful,” neuroscientist Michael Merzenich said during his TED talk. “This lifelong capacity for plasticity, for brain change, is powerfully expressed. It is the basis of our real differentiation, one individual from another. You can look down in the brain of an animal that’s engaged in a specific skill, and you can witness or document this change on a variety of levels.”

Even seemingly mundane tasks can have powerful effects on our brains. In one example of neuroplasticity, neuroscientists compared the brain scans of London bus and taxi drivers. They discovered that cabbies sport a measurably larger hippocampus – a key area of the brain involved in spatial memory. That’s because cabbies develop intricate mental maps of London to navigate to their fares’ destinations. Bus drivers, who drive the same route ad nauseam, do not.

One followed a seven-year-old boy known simply as U.D. When U.D. was 4, he began suffering debilitating seizures. When medications didn’t alleviate them, doctors performed a lobectomy and removed a full third of his right hemisphere, including the right occipital lobe. U.D.’s brain compensated for the trauma and began shifting visual tasks to his left hemisphere, including the ability to recognize faces, a task typically performed by the right occipital lobe.

The Science of Brain Health and Cognitive Decline | Eric Kandel

U.D.’s astounding recovery was likely aided by his youthful brain, and it is true that neuroplasticity declines with age. But a growing body of evidence suggests we’ve been underestimating elderly gray matter.

“We found that older people have similar ability to make thousands of hippocampal new neurons from progenitor cells as younger people do,” lead author Maura Boldrini said in a release. “We also found equivalent volumes of the hippocampus (a brain structure used for emotion and cognition) across ages.” 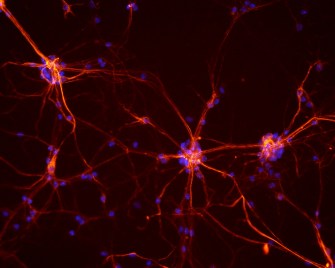 “We really don’t understand what makes the human brain special. Studying the differences at the level of cells and circuits is a good place to start, and now we have new tools to do just that,” Ed Lein, study co-led and an investigator at the Allen Institute for Brain Science, said in a release. As we age, last week can become a hazy blur, while experiences from third grade remain vivid and alive. If you’re a child of the ’90s, that means Pokémon.

Researchers at Sandford University placed adult test subjects in a functional MRI and showed them images of random Pokémon characters. The brains of adults who played Pokémon as children lit up the MRI more than the control group who did not. Pokémon players’ brains all activated the same site, the occipitotemporal sulcus, a brain fold behind our ears that responds to images of animals.

“What was unique about Pokémon is that there are hundreds of characters, and you have to know everything about them in order to play the game successfully. The game rewards you for individuating hundreds of these little, similar-looking characters,” study first author Jesse Gomez said in a release. “I figured, ‘If you don’t get a region for that, then it’s never going to happen.”’

It’s not just colorful pocket monsters that leave an indelible impression on our brains. A study published in the Journal of Prevention of Alzheimer’s Disease found that music from our youth activates a phenomenon called autonomous sensory meridian response (ASMR). For people afflicted with Alzheimer’s, such music can bring them out of their mental haze.

Neuroscientist Richard Davidson scanned the minds of prominent meditators (i.e., people who had meditated up to 62,000 hours in their lifetime). He found that meditation altered their brains’ ability to produce gamma waves – quickly oscillating waves associated with attention and memory – significantly more than the average person.

When super meditators were asked to focus on compassion, for example, their gamma levels jumped 700-800 percent. These effects weren’t limited to when they meditated, either. Their gamma brainwaves were always heightened.

Daniel Goleman, who coauthored Altered Traits with Davidson, told Big Think: “We have to assume that the special state of consciousness that you see in the highest-level meditators is a lot like something described in the classical meditation literatures centuries ago, which is that there is a state of being which is not like our ordinary state.”

“We went into this line of research knowing that Arc was special in many ways, but when we discovered that Arc was able to mediate cell-to-cell transport of RNA, we were floored,” postdoctoral fellow Elissa Pastuzyn, the study’s lead author, said in a release. “No other non-viral protein that we know of acts in this way.”

Specifically, it looks a lot like how the HIV retrovirus operates. The researchers hypothesize that 350-400 million years ago, an ancestor to retroviruses, dubbed retrotransposons, inserted genetic material into animals’ DNA. This led to the development of Arc in mammalian brains today, including humans. Without Arc, long-term memories cannot be solidified, so in a way memories infect our brains.

Yet many mysteries remain. We don’t know what consciousness is, where it comes from, or how it evolved. We don’t understand how the human brain can outcompete so many others in the animal kingdom. And although we’ve thought long and hard about it, we still don’t know what thought really is.

Despite these seven incredible facts, we’re only at the introductory course of our understanding. We still have much to learn about the human brain.

Your eyes are playing tricks on you.
Health

Digital nomads can fully immerse themselves in their surroundings while advancing their career and stimulating the local economy. But there is one potential downside.
Up Next
Life

How oceanic evolution took a left turn 170 million years ago

New research reveals a major shift in what pressures life used to face.