Study: Memories of music cannot be lost to Alzheimer's and dementia

The part of your brain responsible for ASMR catalogs music, and appears to be a stronghold against Alzheimer's and dementia. 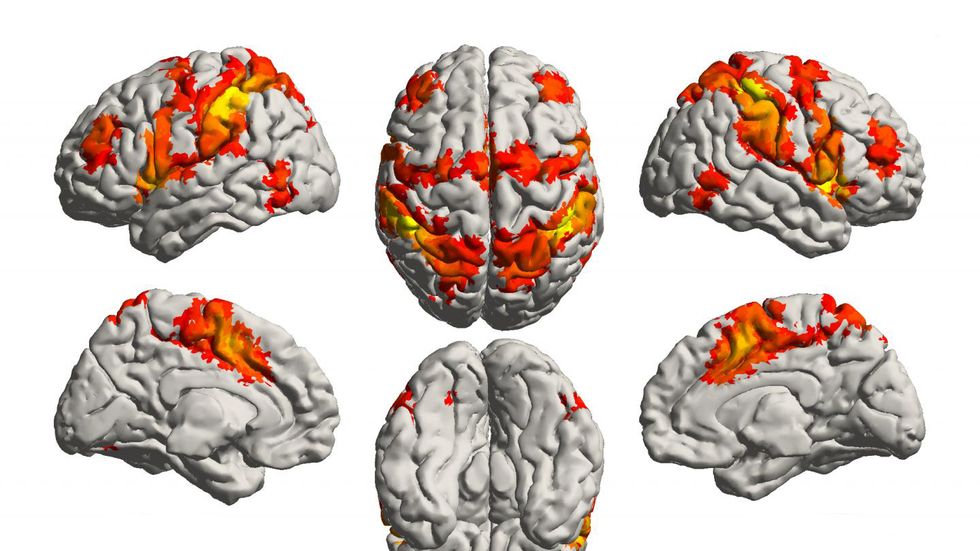 The parts of the brain highlighted in red and yellow are thought to control your sense of attention and memory. (image c/o Brain Network Lab)

Some music inspires you to move your feet, some inspires you to get out there and change the world. In any case, and to move hurriedly on to the point of this article, it's fair to say that music moves people in special ways.

If you're especially into a piece of music, your brain does something called Autonomous Sensory Meridian Response (ASMR), which feels to you like a tingling in your brain or scalp. It's nature's own little "buzz", a natural reward, that is described by some as a "head orgasm". Some even think that it explains why people go to church, for example, "feeling the Lord move through you", but that's another article for another time.

Turns out that ASMR is pretty special. According to a recently published study in The Journal of Prevention of Alzheimer's Disease (catchy name!), the part of your brain responsible for ASMR doesn't get lost to Alzheimer's. Alzheimer's tends to put people into layers of confusion, and the study confirms that music can sometimes actually lift people out of the Alzheimer's haze and bring them back to (at least a semblance of) normality... if only for a short while. ASMR is powerful stuff!

This phenomenon has been observed several times but rarely studied properly. One of the most famous examples of this is the story of Henry, who comes out of dementia while listening to songs from his youth:

Jeff Anderson, M.D., Ph.D., associate professor in Radiology at the Univerity of Utah Health and contributing author on the study, says  "In our society, the diagnoses of dementia are snowballing and are taxing resources to the max. No one says playing music will be a cure for Alzheimer's disease, but it might make the symptoms more manageable, decrease the cost of care and improve a patient's quality of life." Early Homo skull from Georgia with an ape-like brain (left) and from Indonesia with a human-like brain (right).