Prince William and Kate Middleton — Catherine, Duchess of Cambridge for the posh and proper among us — have welcomed their third child to the royal family. At 8 pounds, 7 ounces, King Louis Arthur Charles’s arrival was announced to the world with the customary framed notice placed outside of Buckingham Palace, as well as the not-quite-as-customary Monday morning tweet (which happened this time around).

As is usual when a new royal arrives on the scene, people are wondering where the baby will fall in the line of succession to the throne of the United Kingdom. What are the chances that we’ll see the crowning of King Louis Arthur Charles?

A relatively straight line of succession 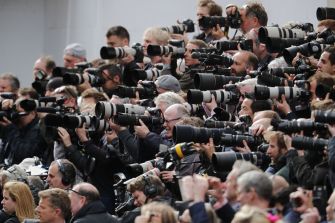 LONDON, ENGLAND – APRIL 23: Photographers work as Catherine, Duchess of Cambridge and Prince William, Duke of Cambridge, depart the Lindo Wing with their newborn son Prince Louis of Cambridge at St Mary’s Hospital on April 23, 2018, in London, England. The Duchess safely delivered a boy at 11:01 am, weighing 8lbs 7oz, who will be fifth in line to the throne. (Photo by Dan Kitwood/Getty Images)

Thanks to the stability of the modern Monarchy, succession is a far less divisive process today than it used to be.

As you can see, the line of succession traditionally follows sons. As Prince George’s younger brother, Louis Arthur Charles would traditionally be fourth in line for the throne, but he’s actually fifth. Here’s where things take a historic turn. 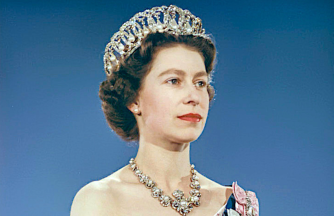 For most of the United Kingdom’s history, daughters were passed over for succession to give preference to sons.

Sure, Britain has had its share of queens; Queen Mary I and Queen Elizabeth I both ascended to the throne in the 16th century. But they only received the position because Henry VIII’s sons, their brothers, died tragically young. His firstborn, Henry, died of an unrecorded disease at the tender age of 52 days. His second born son, Edward VI, became king at the age of 9, but died six years later of tuberculosis. Queen Victoria likewise reigned in no small part thanks to a string of Y-linked bad luck.

Jump forward a few centuries, Parliament finally changed the law to no longer favor gender with the Succession to the Crown Act 20135. This means Princess Charlotte of Cambridge, William and Middleton’s daughter, will retain her place as fourth in line to the throne. To give you an idea of how dated the laws of succession were, this legislation also removed the statute that automatically disqualified someone from the line of succession for marrying a Roman Catholic.

So, the chances of Louis Arthur Charles ascending to the throne are pretty slim. With the days of bloody usurpation, rampant plague, and inbred haemophilia6 behind the royal family, he’ll have to make do with being a much-adored prince in one of the oldest and most respected monarchies in the world. 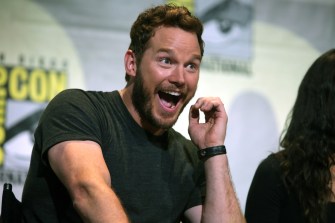 According to the Royal Family’s official website, the Monarch’s duties include constitutional and representational acts and serving “as a focus for national identity, unity, and pride.” The United States simply lacks an individual that performs this kind of role in public life. Well, except maybe Chris Pratt.

With the throne likely out of reach, only time will tell if Louis Arthur Charles becomes the United Kingdom’s Chris Pratt. Given the excitement surrounding announcement of his birth, he’s off to a good start.

Related
Starts With A Bang
The sober truth about finding the Universe’s first stars
The Universe certainly formed stars, at one point, for the very first time. But we haven’t found them yet. Here’s what everyone should know.
Life
Our antidepressant drugs are affecting animals and ecosystems
A toxicologist explains the impacts of antidepressants on fish — and no, they’re not getting any happier.
The Past
Ancient migration: Bering Strait land bridge from Asia to North America was not a one-way road
Ancient humans crossed the Bering Strait land bridge from Asia into North America. But some of them went back.
Sponsored
Want to boost your happiness? Buy experiences, not material possessions
Some experiences continue to pay dividends time and time again.
High Culture
Did Paul Cézanne hide an early self-portrait underneath a 160-year-old still life?
To answer that question, we may have to figure out when the famed painter started to go bald.
Up Next
Mind & Brain
Machine-learning system processes sounds like humans do
Using a machine-learning system known as a deep neural network, MIT researchers have created the first model that can identify a musical genre just like a human would.