How Evolution And Logic Relate: Natural Filtering vs Foresight

Evolution can be seen as a process of discovering logic that works well in a particular environment. But evolution can't see what our foresight can grasp. In some cases the logic inherent in relationships of need (e.g. within groups) can be decisive. 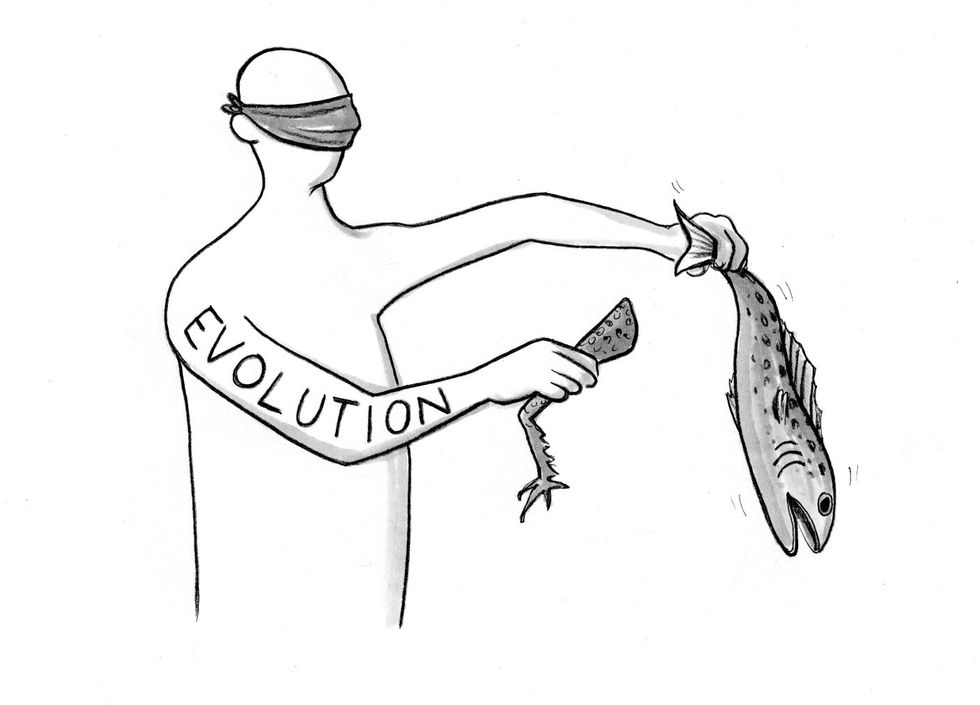 This is diablog #4 between David Sloan Wilson (DSW, head of The Evolution Institute, and author of Does Altruism Exist?) and me (JB).

JB: Let’s discuss how evolution and logic relate. Especially how the logic inherent in relationships of need matters in evolution.

Genes always need other genes, and cells often need other cells. Their inalienable interdependence creates a seemingly obvious “health of the needed” logic (within bodies, parts depend utterly on the health of the whole).

Does similar logic operate beyond organisms, in organized groups generally? You’ve called human groups “a kind of organism.” Isn’t their evolutionary fate bound to the health of what they need? Damaging what you need seems logically self-undermining.

DSW: Let me challenge your premise. Multicellular organisms are remarkably robust to many diseases and parasites. They also tolerate a considerable burden of selfish genetic elements such as junk DNA, meiotic drive genes, and neoplasms. Likewise for human societies. Many dysfunctional nations persist despite being dysfunctional.

JB: That’s useful. But I’m not convinced it helps evolution evade the kind of logic I meant. Even though some within-group behaviours that harm group health are tolerable, there’s still a level beyond which it’s unsustainable. Groups either (blindly) evolve ways to stay below that suicidal threshold, or they perish sooner. I’d suggest between-group effects operate separately from this “natural filtering,” (arising from relationship-of-need logic).

You’re right to emphasize how evolution’s logic differs from human logic. Natural selection’s blind undirected mutation processes “manufacture” only certain kinds of changes. They’re inherently incremental and path-dependent. But our foresight means we’re not bound by those sorts of design limits (e.g., we can do wholesale redesign or multipoint coordinated changes; evolution can’t).

That distinction between human vs. evolutionary logic should inform how we organize ourselves, in any kind of group (in politics and economics). We need not be blind to how the local incentives of parts can subvert group health/survival (see Markets As Dumb As Trees and Darwin’s Wedge).

For the next post in this diablog series, click here ( Does Division of Labor Complicate Evolution's Trade-Offs).