Division of labor creates a need for others. And it logically connects your interests with the interests of those needed others (which complicates evolutionary trade-offs). 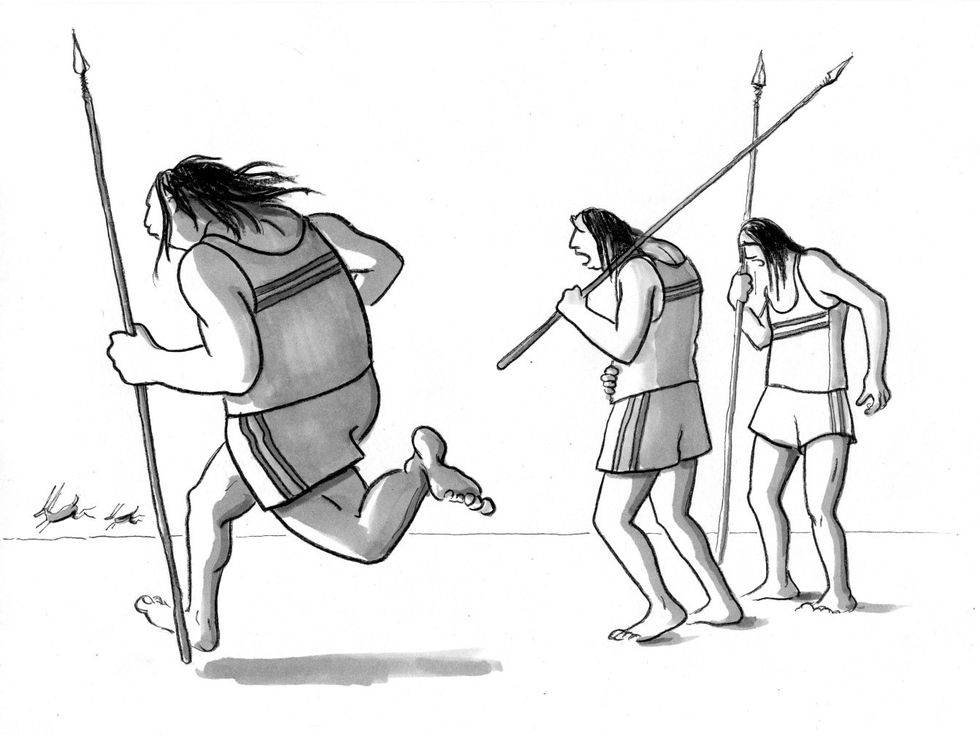 This is diablog 5 between David Sloan Wilson (DSW, head of The Evolution Institute and author of Does Altruism Exist?) and me (JB). Earlier diablogs covered: (1) how evolution keeps score (relative fitness), (2) its built-in team aspects, (3) its self-destructive competitions, (4) its blind logic.

JB: “Relative fitness” is a key evolutionist idea, but it’s quite abstract. So let’s examine a concrete resource like food, in a team-hunting situation that complicates self-centered fitness gains.

Does it make evolutionary sense that some organized groups relying on division of labor face similar logical limits to selfishness? In such organizations, as in organisms, the survival of the parts depends on the health of the whole. And relative fitness differences don’t arise, or perhaps can’t get too large?

Despite evolution being unintelligent, Orgel’s Second Rule applies: “Evolution is cleverer than you.” Its blind trial-and-error processes can create amazing “solutions.”

DSW: Your use of the word “logical” seems to be based not on logical relations but on a “good outcome,” which you seem to define as “good for me over the long term, without regard for others.”

Other criteria for defining “good outcome” are possible, e.g., “better than others in my group” or “best for my group.” It is plausible that a person could be guided by any of these (or other) criteria. Why do we observe people using some criteria and not others?

I’d like to stress that the “good for me over the long term, without regard to others” criterion is far from culturally universal. It looms so large in our culture because of the currently dominant economic paradigm and its view of our species as Homo economicus, omniscient, entirely self-regarding, absolute utility-maximizing agents. But Homo economicus is a fiction that might well end up ruining society — the very outcome that the fictional Homo economicus would have enough sense to avoid!

To summarize, your very concept of “logical” needs a multilevel evolutionary perspective.

JS: You’re right...“logical” or “rational” usually entail assumptions about desired outcomes. But my intended assumptions + logic = “If my survival is desirable, and if surviving requires collaboration, I can’t ignore the interests of teammates.” It would be illogical (counterproductive to my survival) to hog food so that my team was too weak to hunt well.

Focusing on relative fitness obscures this sort of logical (absolute) limit on self-maximization.

In any self-deficient species, self-interest becomes entangled with the interests of needed others.