Have You Been Wrong-Footed By Evolution? A Diablog.

Many don't have a leg to stand on where their understanding of evolution is concerned. David Sloan Wilson (head of the Evolution Institute) says "natural selection is life Monopoly." But, it could be more like basketball... 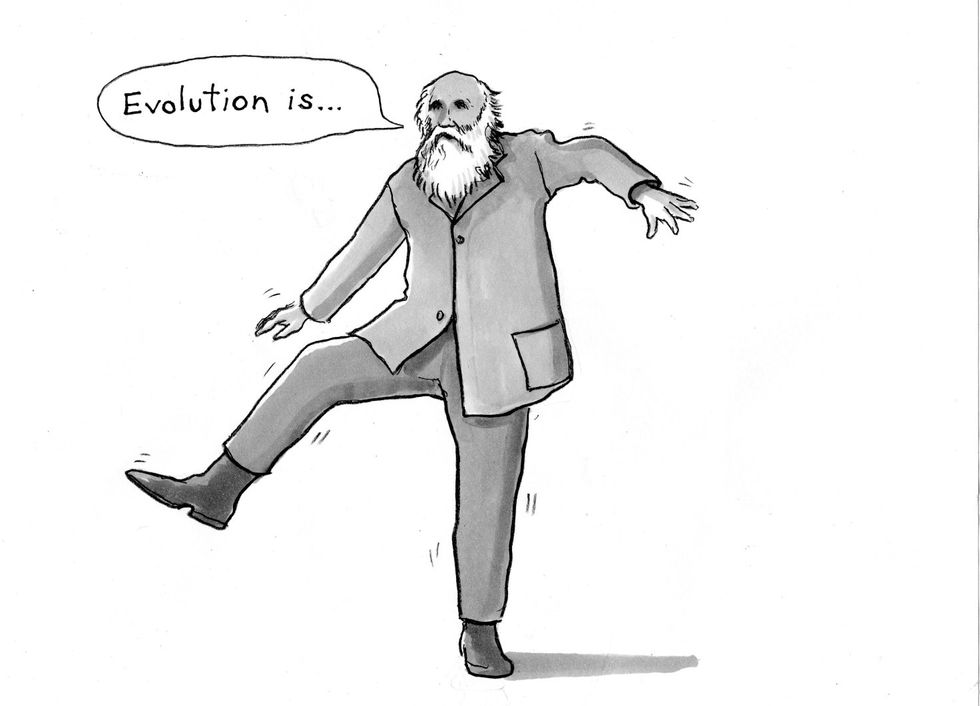 Many have been wrong footed by evolution. This diablog* between David Sloan Wilson (DSW), head of The Evolution Institute, and me (JB), considers related confusions:

1. JB: I love maxims and “one foot summaries,” i.e., explainers so short they’re sayable standing on one foot. They can condense and crystallize logic into instantly understandable form, e.g., “survival of the fittest” (see Maxims vs Maximization). But I found one of yours confusing.

In your book, Does Altruism Exist?, you say:

I’d say most ordinary folk believe selfishness can be ruinous within groups. Is that everyday logic flawed? Or do altruism and selfishness mean something different in evolution?

2. DSW: Good question. In evolution, “selfish” traits increase your reproductive “fitness” at the expense of others. “Altruistic” traits do the opposite.

My maxim is about the importance of relative fitness within and among groups. Let’s say you’re playing Monopoly and you’re offered $1,000, but the deal is every other player gets $2,000. It’s smarter to refuse, even though you’d be richer in absolute terms, you’d be poorer in relative terms — and further from winning.

Again, in evolution, it’s relative fitness that counts, within and among groups.

3. JB: That’s clearer. But in everyday terms, it still doesn’t seem as simple as “selfishness beats altruism in groups.” A basketballer who always selfishly shoots, instead of passing to a better-placed teammate, might score more points, while his team loses. Aren’t some evolutionary situations more like basketball? Where seeking selfish gain at the expense of teammates can sink the boat you’re all in?

For the next diablog* round, I’d like to amplify on these different evolutionary incentives. And on whether there are absolute limits to selfishness even within natural selection's relative scorekeeping.

*Footnote: A diablog is a dialog on a blog that seeks to counter the one-sidedness and confirmation bias of most blogs. Good dialogs are rare in life, rarer still online. Debates abound, but they’re usually framed as combat, the goal is for your side to win. A better result can arise from building rather than battling (assembling from the best ideas of others). To get past your own biases and limits usually means working with those who have different ones.