We’ve often mentioned famous people who’ve changed the world. However, we’ve always focused on individuals. Since April 10th is National Siblings Day, we’ve got siblings that changed the world for your consideration. These seven sets of siblings have all left their mark on world history.

Some of them worked together; some worked independently in the same line of work, others were at odds, all of them made a difference. 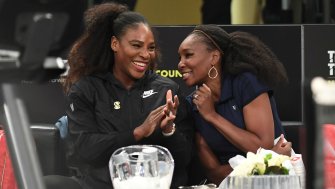 Love them or loathe them, Venus and Serena Williams are two of the greatest tennis players of all time. Coached by their parents from a young age, they started playing professionally as teenagers and have never looked back.

They share the record for the most Olympic Gold medals won by a tennis player at four each, have maintained impressive records for their entire careers, and have the first and second highest career earnings of any tennis players. They have a professional rivalry that, when combined with their talents, makes for the most exciting sibling rivalry in sports. The recent increase in African American and Hispanic participation in tennis is often attributed to their fame. 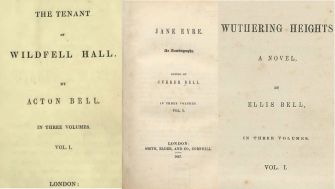 The three best-known novels of the Bronte Sisters, notice the pseudonyms they used. (Public Domain)

The Brontë sisters, Anne, Emily, and Charlotte, were titans of English literature in the first half of the 19th century. All three of them have a classic to their name and most people have heard of Jane Eyre and Wuthering Heights. However, The Tenant of Wildfell Hall is less well known.

Born into a lower middle-class family in northern England, the Brontë family initially had six members. The two eldest sisters died as teenagers of tuberculosis, which would later kill off the rest of the family as well, and none of the siblings lived past the age of 40. These deaths, alongside that of their mother, would influence the writings of the three literary sisters and infuse it with an often-shocking realism.

Their books focus on themes of feminism, classism, morality, and social criticism. They were noted for their frank discussion of issues that plagued Victorian England. Today, they are still widely read and have influenced many writers.

I can be on guard against my enemies, but God deliver me from my friends! – Charlotte Brontë 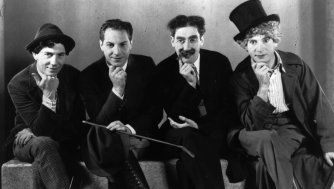 Chico, Zeppo, Groucho, and Harpo at the height of their popularity. Gummo, the fifth brother, is not pictured.  (Getty Images)

Born in New York to a family of Jewish immigrants, the Marx brothers got their start in vaudeville in the 1900s. After a successful career touring and appearing on Broadway, they made a jump to motion pictures just as sound was introduced to films.

While all five of them acted, only four of them appeared on film. While not everyone will recognize their names, the image of Groucho is well established in American culture. Their influence on American comedy has been tremendous, everybody knows at least a few of their jokes, and their films are still held in high regard. Duck Soup, one of their best films, is often listed as one of the funniest movies of all time. 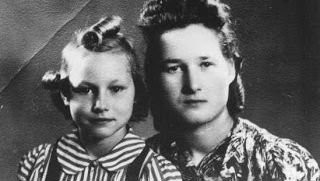 Two polish sisters aged 16 and six during the German/Soviet invasion, Stefania and Helena took in 13 Jewish friends and associates for two and a half years after the beginning of the Final Solution. They successfully hid them from the Nazis in the attic of a home rented explicitly for that purpose. To survive, Stefania knitted sweaters and worked at a factory to make ends meet. Helena tended to the people in hiding.

When an SS officer informed them that German nurses and their boyfriends would be moving into their home, the Jewish hideouts encouraged the sisters to flee. The sisters remained in the house, sharing the attic with their refugees until the Russian advance drove the Germans out. The Podgórski sisters were declared Righteous Among the Nations for their heroism during the holocaust. 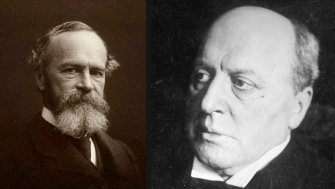 The James brothers were Americans in the late nineteenth century who both made lasting impacts on their respective fields. Regrettably, they don’t seem to have ever collaborated on a major work.

William James was a noted philosopher, psychologist, and writer who promoted pragmatism and functionalism. He was one of the most noteworthy psychologists in the 20th century and his work in philosophy influenced many analytic philosophers. We’ve talked about him before.

Henry James was a writer whose books include The Turn of the Screw and The Portrait of a Lady, who helped usher in modernist writing and was well regarded for his diving into the psychology of his characters. He was nominated for the Noble Prize in Literature several times but died before he could win. He is considered by many to be one of the greatest novelists in the English language.

Be not afraid of life. Believe that life is worth living, and your belief will help create the fact.– William James, but Henry often gets the credit for saying it. 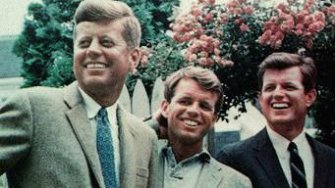 The story of the Kennedy clan is a long, tragic, one. It is also one with undoubted influence on world history. The four brothers of the first generation of the political dynasty lead particularly impactful lives.

John was pushed into running for office after the death of his older brother Joseph Jr. in WWII. It went well for him, and he served in the House of Representatives, Senate, and Presidency. His administration led the United States through the hottest periods of the cold war, including the Cuban Missile Crisis and the beginnings of American involvement in Vietnam. He was assassinated in 1963.

Robert was Attorney General during his brother’s presidency and focused on fighting organized crime and managing the federal response to the civil rights movement. He was also a trusted advisor during the Cuban Missile Crisis who personally negotiated with the Soviets. He later served in the Senate and ran for president on an anti-war platform in 1968. He was assassinated after winning the California primary.

Ted was the only brother to grow old. He took over John’s Senate seat and stayed in it for the rest of his life. He was asked to take over Robert’s presidential campaign after his death but declined and ran for president himself only once. Known as “The Lion of the Senate” he played a pivotal role in passing major legislation over the course of his career.

For all those whose cares have been our concern, the work goes on, the cause endures, the hope still lives, and the dream shall never die. – Ted Kennedy 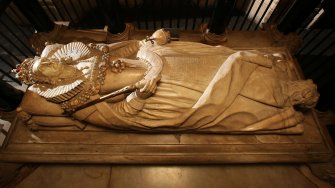 The tomb of the two sisters, it depicts Elizabeth I. (Getty Images)

The last two rulers of the Tudor Dynasty were half-sisters who left a nearly unmatched legacy in English history.

Mary took the throne in a coup after being removed from the line of succession by her half-brother King Edward. Despite her initial popularity, she quickly became reviled for her harsh suppression of Protestantism. This included locking up her sister Elizabeth in the Tower of London and placing her under house arrest for more than a year in fear that she would lead a Protestant coup.

Elizabeth would go on to become one of the greatest queens in world history. Leading England from a half-failed state to global power, she fought and defeated her European rivals, reduced penalties, and persecutions for religious offenses, dodged assassination attempts left and right, and finished the English Reformation. Her reign is considered a golden age.

Consorts in realm and tomb, here we sleep, Elizabeth and Mary, sisters, in hope of resurrection- translation of the inscription on the shared tomb.

Did the Milky Way form by slowly accreting matter or by devouring its neighboring galaxies? At last, we’re uncovering our own history.
Up Next
Technology & Innovation

Infographics show jobs most likely to be lost to robots

Infographics look at jobs 95% likely to be taken by robots and the working hours that will be lost.