Irish immigrants have been in the United States since the very beginning of this country. Their numbers swelled during the great famine, with a quarter million people leaving Ireland per year. More than half of these emigrants were women. Today, we are going to look at ten famous, and infamous, American women of Irish descent. Some of them you will know, and the rest you should. 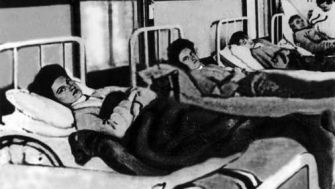 Perhaps the most infamous woman on this list, Mary Mallon was an asymptomatic carrier of typhoid fever who infected at least 51 people, three of whom died. The exact number of people infected is unknown and undoubtedly higher.

Mary was an Irish immigrant to New York who found work as a cook. Within two weeks of her employment at a home in Oyster Bay 10 of the 11 members of the house were sick with typhoid. She changed jobs and locations frequently, leaving illness in her wake. She was eventually arrested and held for three years in quarantine after she refused to either stop working as a cook or take up handwashing.

After being released on the condition of not working as a cook again, she tried other employment, after a few years she changed her name to Brown and starting cooking again. She was sent into quarantine for the rest of her life after being located. Her nickname remains quite famous, even among people who aren’t quite sure why. 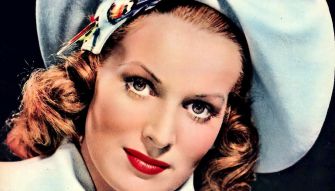 One of the last living actresses from Hollywood’s golden age, O’Hara appeared in dozens of films over her six-decade-long career. She starred alongside such names as Charles Loughton, John Wayne, and John Candy. She was deemed “Ireland’s first Hollywood superstar” and “The Queen of Technicolor”.

Maureen was born outside of Dublin and took up acting in local productions at a young age. As her career advanced, she moved to England and then the United States, where she lived for most of her life. Her bright red hair was considered one of her best features, and technicolor considered her on-screen image of their best achievements. She was well known for her westerns but was also in noir, dramatic, and comedic films.

In her spare time, she was the first woman to be the president of a scheduled airline company in the United States. O’Hara always took pride in her Irish heritage. When asked why she looked so vibrant in her nineties, she replied “Irish women don’t let themselves go.” 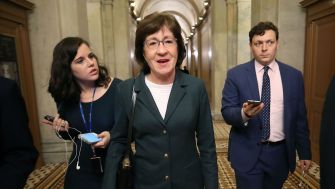 Born into a political family with English and Irish heritage in Caribou, Maine, Susan Collins has served as senator for the state of Maine since 1997. Before becoming a senator, she became the first woman to have a major party nomination for the Governor of Maine, though she lost the race.

Known as a centrist, she has often been a key player in bipartisan deals. Her consecutive voting streak reached over 6000 votes in 2015, and she has the distinction of being the longest-tenured Republican woman currently in the Senate. She also enjoys the second highest approval rating of any sitting senator at 78%. 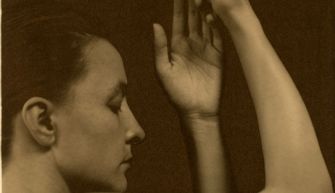 As pictured by her husband Alfred Stieglitz (Public domain)

O’Keeffe was an American artist with Irish ancestry born in Wisconsin. Her interest in painting began at a young age, and she had decided by age 10 to become an artist. She studied at prestigious art schools before heading out on her own.

Known as the “Mother of American modernism,” she is most famous for her images of flowers. Often large scale and distorted, paintings like Oriental Poppies and the Red Cannaseries are vibrant, bold, and blur the lines between the abstract and concrete.

In 1977 her contributions to American art were recognized by President Ford when he awarded her the Presidential Medal of Freedom.She currently holds the record the highest price paid for a painting by a woman, one of her works sold for 44.4 million dollars. 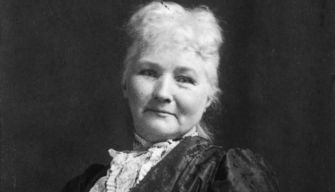 The Grandmother of all agitators (Public Domain)

Mary Harris Jones would move to Canada and then the United States from her home of Cork, Ireland as a child. In both countries, she would see firsthand the pains of discrimination, as her Irish Catholic family was rarely accepted by the Protestants around them.

Jones suffered two great tragedies in her life. The first was the death of her husband and three children from yellow fever in 1867. In hopes of recovering emotionally, she moved to Chicago to begin a dressmaking business. This was destroyed as part of the Great Fire of Chicago in 1871. After that, she turned to activism, working first with the Knights of Labor and then with the United Mine Workers.

She was a tireless advocate for worker’s rights, an end to child labor, and for the improvement of mining conditions. An excellent public speaker, she was also known as one of the most prominent women to oppose the suffragette movement.

-“Get it straight, I’m not a humanitarian, I’m a hell-raiser!” 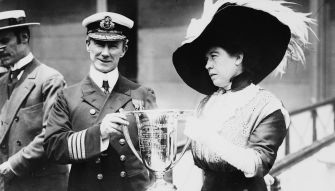 Born in Missouri to Irish immigrants, Molly Brown was an American socialite known for her philanthropy and volunteer work. She married an enterprising man who struck it rich after their marriage, enabling her to focus on social work.

She is best known for her actions during the sinking of the Titanic. After the ship went down, she seized an oar for the lifeboat she was in and demanded they return to look for survivors when the quartermaster refused; she threatened to throw him overboard. Accounts differ on if they returned or not. She also organized aid to the second and third-class passengers when the Carpathia rescued them.

She was able to use her notoriety as “The Unsinkable” Molly Brown to further her philanthropic goals later in her life. In 1914 she ran for Senate before ending her campaign to commit herself to charity work in France. For her services to the people of France devastated by World War One, she was awarded the Legion of Honor. 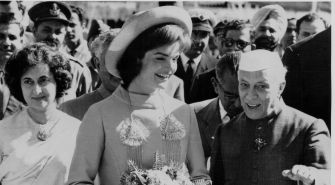 Jackie during her solo trip to India, to the right is the Indian Prime Minister Nehru. (Getty Images)

While the Irish heritage of her husband is well known, Jackie Kennedy was half Irish herself on her mother’s side. As the First Lady of the United States, Jackie would captivate the world and become an icon.

She made more official visits to other countries than any first lady before her, and she often made them alone. A speaker of several languages, she addressed crowds of French and Spanish speakers without the use of a translator to tremendous effect. She was so popular with the people of France that John F. Kennedy remarked that “I am the man who accompanied Jacqueline Kennedy to Paris.” Primer Khrushchev of the USSR was so fond of her that he sent her a puppy.

After the death of her husband, she encouraged her brother in law Robert to reenter politics. Following his death, she married Aristotle Onassis, a Greek tycoon, and tried to avoid the public eye. She would later find work as an editor for several major publishers.

-“We should all do something to right the wrongs that we see and not just complain about them.” 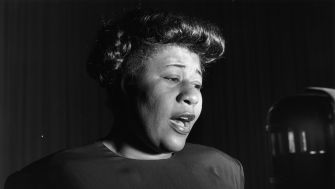 Known as the First Lady of Song, her singing ability still amazes listeners today. She remains famous for her scat singing ability as well as her associations with other jazz greats such as Louie Armstrong and Duke Ellington. Her musical career spanned six decades and several genres, though she remained a jazz singer at heart.

Ella’s father gave her two things, her name, and her Irish heritage. During a visit to Ireland in the 1960s, she discussed her Irish heritage and explained that she had the Fitzgerald family crest in her home. It was in Cork that she revealed her real age and was given a special passport stamp. She may not look Irish, but she acknowledged her heritage and the people of Ireland were happy to have her. 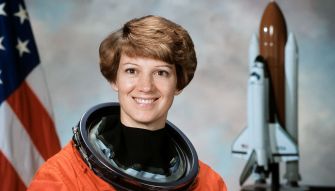 The daughter of Irish immigrants to New York, Collins was interested in space flight and being a pilot for most of her life. She was able to reach that dream.

After a stint in the air force as a teacher and test pilot, she was selected for astronaut training in 1990. She served as a pilot for several space shuttle missions, including the first mission of the Shuttle/Mir program. She would later be the first woman to serve as a commander of a space shuttle mission. She also reached the rank of colonel in the United States Air Force.

She retired from NASA in 2006 but continues to appear on television as an analyst whenever NASA makes the news. 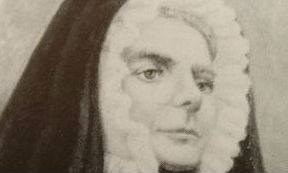 Mary Clarke was a Catholic nun who immigrated to the United States in 1833 with seven other nuns to educate the children of Irish immigrants.

She and her sisters moved to Philadelphia with the intention of starting a school for the poor. With that goal in mind, the Order of The Sisters of Charity for the Blessed Virgin Mary was established. A chance meeting with the Bishop of Dubuque, Iowa drove Mother Mary west to build schools on the frontier. Later anti-Catholic sentiment in Philadelphia caused the relocation of all operations of the order to Dubuque.

The 19 nuns moved to Dubuque where they founded a school which is now Clarke University. After receiving Papal approval for their order, they went on to establish 23 schools from Chicago to San Francisco. At the time of her death, the order that Clarke founded with seven other women had grown to 450 members.

ChatGPT’s capabilities are astonishing.
Up Next
Leadership

It is becoming an increasingly popular trend in Silicon Valley to place failure on a pedestal. According to author Tim Ferriss, the phrase “fail fast, fail forward” has become a […]