10 American Philosophers and Why You Should Know Them

Americans are, often with justification, regarded as not being versed in philosophy. This is a shame, as the United States and the colonies that proceeded it have produced many great thinkers 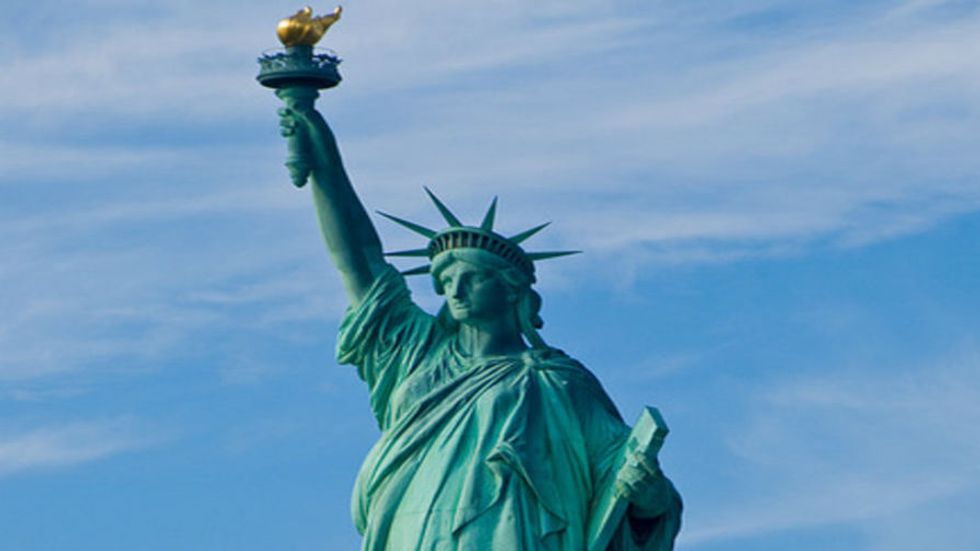 Americans are, often with justification, regarded as being poorly versed in philosophy. This is a shame, as the United States and the colonies that proceeded it have produced many great thinkers. Here is a list of ten of the greatest philosophers the United States has given the world.

Please note, several great American thinkers, such as Martha Nussbaum or Noam Chomsky, have made it to our other lists of thinkers, and the members of this list were selected in part as not to overlap with the others.

A Calvinist minister who was part of the “Great Awakening”, a revivalist movement in Protestant Europe and British North America that focused less on ritual and more on personal experience. Edwards argued in Freedom of the Will that God’s supreme sovereignty, his foreknowledge, and the requirement that events have causes prohibits our having much free will.

He toured extensively at the height of the movement, giving sermons on the grace of God, personal religious involvement, and religious fervor. Shortly before his death he replaced his grandson Aaron Burr as president of Princeton University.

You have reason to wonder that you are not already in hell.- A line from his sermon, “Sinners in the Hands of an Angry God.”

He was a philosopher, poor excuse for a solder, and author of one of the most widely read documents in American history. Thomas Paine was one of the more radical members of the intellectuals behind the American revolution, calling for independence in Common Sense long before anyone else was by using enlightenment notions of the rights of the ruled.

After the American revolution he moved to France, where he served in the national convention and helped to draft the first constitution of the French Republic-despite not speaking French. He published the book Agrarian Justice, which re-introduced the idea of the basic income to western thought. He also defended the French Revolution against Burke in the book The Rights of Man, in which he also proposed a state funded old age pension.

“A statue of gold should be erected to you in every city in the universe”- Told to Paine by his one-time revolutionary ally Napoleon Bonaparte, who claimed to have slept with a copy of The Rights of Man under his pillow.

The greatest of the Transcendentalist philosophers, though he is often considered as much an author as a philosopher. Emerson began his career as a minister, but left the pulpit after the death of his wife. His writings cover many topics, including education, self-improvement, nature, and the dignity of the ordinary. A pantheist, he held that the divine was manifest in all of us, and that we therefore had a divine duty to be ourselves.

He gave woodlands he owned to his friend and fellow thinker Henry David Thoreau, who used the land to build the cabin where he wrote Walden. Nietzsche claimed his as an influence. An overview of his ideas can be watched here. He was also the godfather to our next entry.

“It is easy to live for others; everybody does. I call on you to live for yourselves.”- Journal entry for May 3, 1845

A young James in Brazil

A physician, psychologist, and philosopher of the Pragmatic school, James' work covers topics stretching from education and epistemology to metaphysics and mysticism.

His book The Varieties of Religious Experience: A Study in Human Nature, foreshadowed his pragmatic philosophy. In it, he argues that religious experiences are human experiences and discusses the possible causes of mystical events.  His long-outdated text Principles of Psychology was immensely popular and influential in shaping early American psychology. When measuring by citations, James was one of the most influential psychologists of the 20th century.

The art of being wise is the art of knowing what to overlook. – from The Principles of Psychology

Feminist philosopher, social reformer, and author of several novels and stories, her work focused on the problems of women prevented from reaching their full potential. In Women and Economics, she argues that women work just as much as men do but have been sidelined into domestic roles and made dependent on men as a result. She also noted that gaining the vote would be insufficient for true progress. Her novel Herland envisions a world free of men, where women, freed of domestic work and gender roles, have built a utopian society.

You probably read one of her stories in high school, The Yellow Wallpaper. Written after a doctor tried to cure her Postpartum psychosis by means of a useless “rest cure”, she mailed him a copy of the story in hopes he would reconsider the validity of the treatment.

Only as we live, think, feel, and work outside the home, do we become humanly developed, civilized, socialized.- Women and economics.

Philosopher, psychologist, and founder of a highly successful experimental school, Dewey is one of the most influential philosophers you have never heard of.

He formalized the concept of Learning-by-doing and founded The University of Chicago Laboratory Schools to experiment in progressive education. By viewing education as the means for learning how to live, he developed methods for interactive learning and a well-rounded curriculum. Problem based learning and experimental learning today owe large debts to his thought. A secular humanist, he was one of the signatories on the first humanist manifesto.

Every great advance in science has issued from a new audacity of imagination. - The Quest for Certainty

A sociologist, historian, author, activist, and the first African American to receive a Ph.D from Harvard University, Du Bois was a busy man. Many of his writings, especially The Philadelphia Negro and The Souls of Black Folk are viewed as seminal texts in the history of sociology. His works mark the first time racial prejudice was sighted as the cause of subpar living conditions for African Americans, a radical notion at the time.

His essay collection The Souls of Black Folk examined race issues in the southern United States, introduced the idea of double-consciousness, and was noted as an influence on later civil rights leaders. His Magnum Opus Black Reconstruction in America explored the failures of reconstruction, the rise of Jim Crow, and racial politics. When not writing and teaching he found time to cofound the NAACP. An overview of his ideas can be seen here.

There is but one coward on earth, and that is the coward that dare not know.- from The Study of Negro Problems

Remembered as the face of the civil rights movement, Dr. Martin Luther King Jr. kept busy when he wasn’t leading marches. His written work focused on many topics and was often related to civil rights. In Letter from Birmingham Jail he restates the right of the governed to protest and takes it a step further-to posit a moral obligation to protest in the face of injustice.In his last book, Where Do We Go from Here: Chaos or Community? he analyzed the tactics of the civil rights movement and argued for the basic income.

Of course, he was a minister first and returned to religion whenever he could. In his (slightly plagiarized) doctoral thesis he compared and contrasted conceptions of God between differing theologians. In his sermons, many of which were published, he expressed his support for absolute laws of morality, the need to exemplify the words of Christ, and warned against living for the sake of our material desires.

I must say tonight that a riot is the language of the unheard. – “The Other America” speech at Grosse Point High School.

A philosopher at Harvard known for his unique writing style and stunning good looks. He worked in many fields, including ethics, epistemology, and metaphysics. He is perhaps most famous for his single venture into political philosophy: Anarchy, State, and Utopia, which argues for a minimalist state and against both anarcho-capitalism and socialism.

In that book he also devised two enduring arguments against utilitarianism, the virtual reality argument and the utility monster problem. His book Philosophical Explanations examines ideas of knowledge and critiques the method of basing large systems of thought on a few axioms- comparing it to building a house by piling bricks directly on top of one another.

You can't satisfy everybody; especially if there are those who will be dissatisfied unless not everybody is satisfied. - Anarchy, State, and Utopia.

A political philosopher out of Harvard who is often considered the greatest political philosopher of the 20th century. His Magnum Opus, A Theory of Justice, introduced the idea of “Justice as Fairness”, asking us what kind of world we would build if we didn’t know what our place in it would be. In Political Liberalism he discusses the limits of legitimate use of state power and how to keep a democracy stable in the face of bickering factions.

While he avoided the spotlight, he did meet regularly with president Bill Clinton, who sought his council. His work inspired his fellow Harvard philosopher Robert Nozick to write a libertarian answer to his social liberal philosophy. A fantastic overview of his ideas can be viewed here.

Justice is happiness according to virtue. - A theory of Justice