Nietzsche's Top 15 Aphorisms, for Your Next Existential Crisis

Nietzsche loved aphorisms, and here we have collected 15 of his greatest hits. 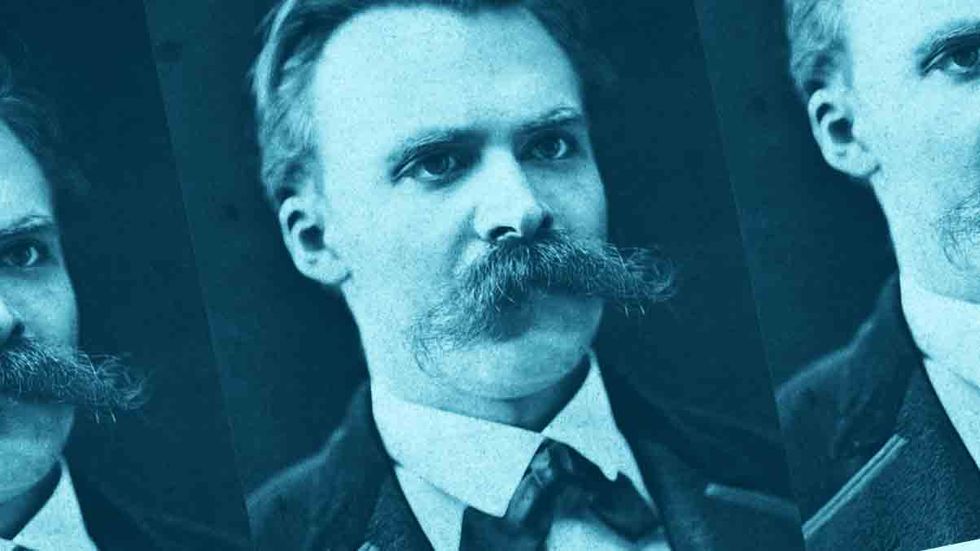 Nietzsche would have loved twitter. Not because it lets the masses communicate, not because he loved technology, but because of his writing style. Nietzsche loved aphorisms, and here we have collected 15 of his greatest hits. Some that you know, and some that should know. Taken as a whole, they can help give you an idea of his overall philosophy.

For Nietzsche, psychological growth is one of the most important things there is. Experiences do not have to be pleasurable to be good for us. Often it is suffering which gives meaning to our lives. By gaining experiences, good or bad, we grow as people, so long as we survive them, of course.

He who fights with monsters might take care lest he also become a monster. And when you gaze long into an abyss the abyss also gazes into you. (Beyond Good and Evil, Aphorism 146)

Looking to fight evil? Careful, you might do something horrible yourself. Dealing with toxic people? Careful, the toxic people might poison you. Trying to make a philosophy that rejects nationalism and mass movements by using the style of old religious texts? Careful, the Nazis might declare you a prophet.

What is done out of love always takes place beyond good and evil. (Beyond Good and Evil, Aphorism 153)

Nietzsche found our understanding of "good" and "evil" to be flawed, showing here that what we value severely influences what we would, or could, consider an evil action. People will often do things with the motivation of "love" that they would never do otherwise. It is the high value placed on what they love that fouls up our ability to critique them.

Man does not strive for happiness; only the Englishman does that.

(Twilight of the Idols, Maxims and Arrows, 12,)

Nietzsche was no fan of Utilitarianism, which was English in origin. To him, the search for pleasure over pain would led to a dull life without meaning. For him, the key driver in human motivation was the search for meaning, even if it made us unhappy.

Some are born posthumously. (The Antichrist)

Nietzsche had a habit of saying that few people would be able to understand his books. His intro to the Antichrist reflects this belief. Writing, as he was, for some future audience that could view his works and hope to understand them. This would be his, "birth".

The secret for harvesting from existence the greatest fruitfulness and the greatest enjoyment is: to live dangerously! Build your cities on the slopes of Vesuvius! (The Gay Science)

This one, again, relates to the idea that a dull life is undesirable no matter what the utilitarian calculus says. You can't say a house on the side of Vesuvius wouldn't be interesting.

If a temple is to be erected, a temple must be destroyed. (On the Genealogy of Morality Essay 2, Section 24)

Nietzsche desired the creation of a new system of values. However, he understood that this would require the rejection of the old values that had dominated Europe since the fall of Rome. This fact concerned, but didn't deter him.

The very word "Christianity" is a misunderstanding — in truth, there was only one Christian, and he died on the cross. (The Antichrist, Sec. 39)

For all of his objections to Christianity, and he had many, Nietzsche often spoke highly of Jesus. Nietzsche blamed most of what he disliked in Christianity on St. Paul, while praising Christ for creating his own moral evaluations, a step towards the Ubermensch.

There are no facts, only interpretations. (The Portable Nietzsche)

Nietzsche was a perspectivist. He held that there were no objective metaphysical truths, but rather a large series of subjective schemes were truths or values can be made. Not all perspectives are equal in this view, but none have a monopoly on fact. This worldview would later influence noted sociologist Max Weber.

Nietzsche hated "the herd". He was often writing against the ideas and ways of the masses in favor of the free thinker who has risen above them. This statement is a clear example of this worldview.

There exists in the world a single path along which no one can go except you: whither does it lead? Do not ask, go along it. (Untimely Meditations, Schopenhauer as educator,” § 3.1)

Nietzsche's philosophy is an existentialist philosophy. It can not merely be studied, it must be lived. The same can be said for your life.

Plato is boring. (Twilight of the Idols, What I Owe to the Ancients)

Truer words have never been spoken.

There are two great European narcotics, alcohol and Christianity. (The Antichrist)

Avoiding your life by turning to the beyond, as in Christianity, or by killing the pain with booze are big no-no's for Nietzsche. Avoiding your pain with either of these tools prevents growth as they both, in their own way, tell you that everything is alright as it is.

Become who you are! (Thus Spoke Zarathustra, “The Honey Sacrifice”)

Nietzsche's philosophy, summed up here in one sentence, may sound foreign to anyone who cannot entertain the concept of destiny. But as a classical philologist, Nietzsche was intimately familiar with the Ancient Greek system of Gods and Goddesses as a way of understanding the relationship between nature and human action. To Nietzsche, the Christian system fights against our animal passions which the the Greeks understood as an essential part of human nature. Thus becoming who one "really is" means throwing off the shackles that prevent humanity from its full potential. A dangerous proposition, to be sure.