The death of God didn’t strike Nietzsche as an entirely good thing. Without a God, the basic belief system of Western Europe was in jeopardy. 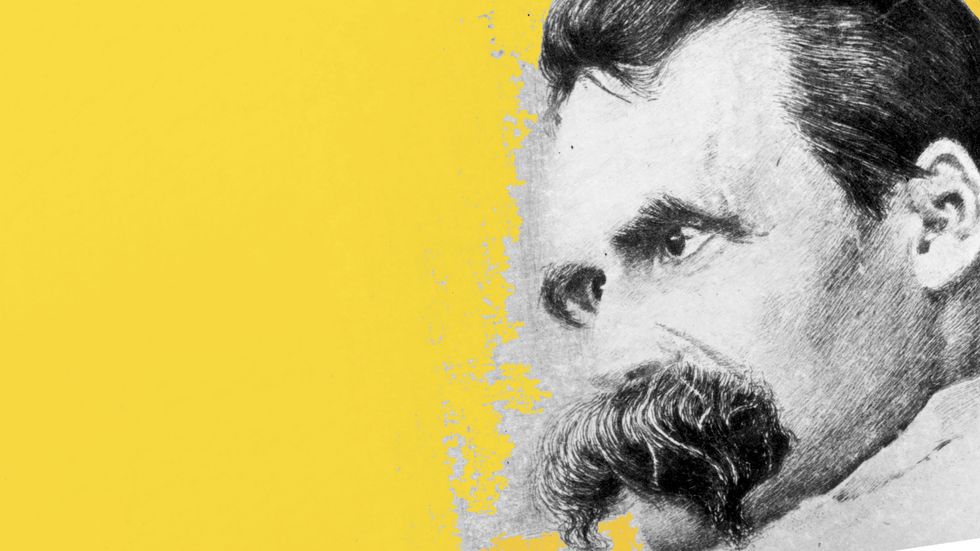 It’s been 134 years since Friedrich Nietzsche declared: “God is Dead” (or Gott ist tot, in German), giving philosophy students a collective headache that’s lasted from the 19th century until today. It is, perhaps, one of the best known statements in all of philosophy, well known even to those who have never picked up a copy of The Gay Science, the book from which it originates. But do we know exactly what he meant? Or perhaps more importantly, what it means for us?

Nietzsche was an atheist for his adult life and didn’t mean that there was a God who had actually died, rather that our idea of one had. After the Enlightenment, the idea of a universe that was governed by physical laws and not by divine providence was now reality. Philosophy had shown that governments no longer needed to be organized around the idea of divine right to be legitimate, but rather by the consent or rationality of the governed — that large and consistent moral theories could exist without reference to God. This was a tremendous event. Europe no longer needed God as the source for all morality, value, or order in the universe; philosophy and science were capable of doing that for us. This increasing secularization of thought in the West led the philosopher to realize that not only was God dead but that human beings had killed him with their scientific revolution, their desire to better understand the world.

The death of God didn’t strike Nietzsche as an entirely good thing. Without a God, the basic belief system of Western Europe was in jeopardy, as he put it in Twilight of the Idols: “When one gives up the Christian faith, one pulls the right to Christian morality out from under one's feet. This morality is by no means self-evident… Christianity is a system, a whole view of things thought out together. By breaking one main concept out of it, the faith in God, one breaks the whole.” Nietzsche thought this could be a good thing for some people, saying: “... at hearing the news that 'the old god is dead', we philosophers and 'free spirits' feel illuminated by a new dawn.” A bright morning had arrived. With the old system of meaning gone a new one could be created, but it came with risks—ones that could bring out the worst in human nature. Nietzsche believed that the removal of this system put most people at the risk of despair or meaninglessness. What could the point of life be without a God? Even if there was one, the Western world now knew that he hadn’t placed us at the centre of the universe, and it was learning of the lowly origin from which man had evolved. We finally saw the true world. The universe wasn’t made solely for human existence anymore. Nietzsche feared that this understanding of the world would lead to pessimism, “a will to nothingness” that was antithetical to the life-affirming philosophy Nietzsche prompted.

His fear of nihilism and our reaction to it was shown in The Will to Power, when he wrote that: "What I relate is the history of the next two centuries. I describe what is coming, what can no longer come differently: the advent of nihilism... For some time now our whole European culture has been moving as toward a catastrophe." He would not have been surprised by the events that plagued Europe in the 20th century. Communism, Nazism, Nationalism, and the other ideologies that made their way across the continent in the wake of World War I sought to provide man with meaning and value, as a worker, as an Aryan, or some other greater deed; in a similar way as to how Christianity could provide meaning as a child of God, and give life on Earth value by relation to heaven. While he may have rejected those ideologies, he no doubt would have acknowledged the need for the meaning they provided.

Of course, as Nietzsche saw this coming, he offered us a way out. The creation of our own values as individuals. The creation of a meaning of life by those who live it. The archetype of the individual who can do this has a name that has also reached our popular consciousness: the Übermensch. Nietzsche however, saw this as a distant goal for man and one that most would not be able to reach. The Übermensch, which he felt had yet to exist on Earth, would create meaning in life by their will alone, and understand that they are, in the end, responsible for their selection. As he put it in Thus Spoke Zarathustra: "For the game of creation, my brothers, a sacred yes is needed: the spirit now wills his own will." Such a bold individual will not be able to point to dogma or popular opinion as to why they value what they do.

Having suggested the rarity and difficulty in creating the Übermensch, Nietzsche suggested an alternative response to Nihilism, and one that he saw as the more likely to be selected; The Last Man. A “most contemptible thing” who lives a quiet life of comfort, without thought for individuality or personal growth as: "'We have discovered happiness,' -- say the Last Men, and they blink." Much to the disappointment of Zarathustra, Nietzsche’s mouthpiece, the people whom he preaches to beg him for the lifestyle of The Last Man, suggesting his pessimism on our ability to handle God’s death.

But you might ask, if God has been dead for so long and we are supposed to be suffering for knowing it, where are all the atheists? Nietzsche himself provided an answer: “God is dead; but given the way of men, there may still be caves for thousands of years in which his shadow will be shown.” Perhaps we are only now seeing the effects of Nietzsche’s declaration.

Indeed, atheism is on the march, with near majorities in many European countries and newfound growth across the United States heralding a cultural shift. But, unlike when atheism was enforced by the communist nations, there isn’t necessarily a worldview backing this new lack of God, it is only the lack. Indeed, British philosopher Bertrand Russell saw Bolshevism as nearly a religion unto itself; it was fully capable and willing to provide meaning and value to a population by itself. That source of meaning without belief is gone.

As many atheists know, to not have a god without an additional philosophical structure providing meaning can be a cause of existential dread. Are we at risk of becoming a society struggling with our own meaninglessness? Are we as a society at risk for nihilism? Are we more vulnerable now to ideologies and conmen who promise to do what God used to do for us and society? While Americans are increasingly pessimistic about the future, the non-religious are less so than the religious. It seems Nietzsche may have been wrong in the long run about our ability to deal with the idea that God is dead. As Alain de Botton suggests about our values, it seems that we have managed to deal with the death of God better than Nietzsche had thought we would; we are not all the Last Men, nor have we descended into a situation where all morality is seen as utterly relative and meaningless. It seems that we have managed to create a world where the need for God is reduced for some people without falling into collective despair or chaos.

Are we as individuals up to the task of creating our own values? Creating meaning in life by ourselves without aid from God, dogma, or popular choice? Perhaps some of us are, and if we understand the implications of the death of God we stand a better chance of doing so. The despair of the death of God may give way to new meaning in our lives; for as Jean-Paul Sartre suggested "life begins on the other side of despair."

Nietzsche, Friedrich Wilhelm, and Walter Arnold Kaufmann. "The Meaning of Our Cheerfulness." The Gay Science: With a Prelude in Rhymes and an Appendix of Songs. New York: Vintage, 1974. N. pag. Print.

Milgram's experiment is rightly famous, but does it show what we think it does?