Facebook allowed advertisements promoting gay conversion therapy to be targeted to users who had ‘liked’ pages related to LGBTQ issues, according to a recent investigation by The Telegraph. 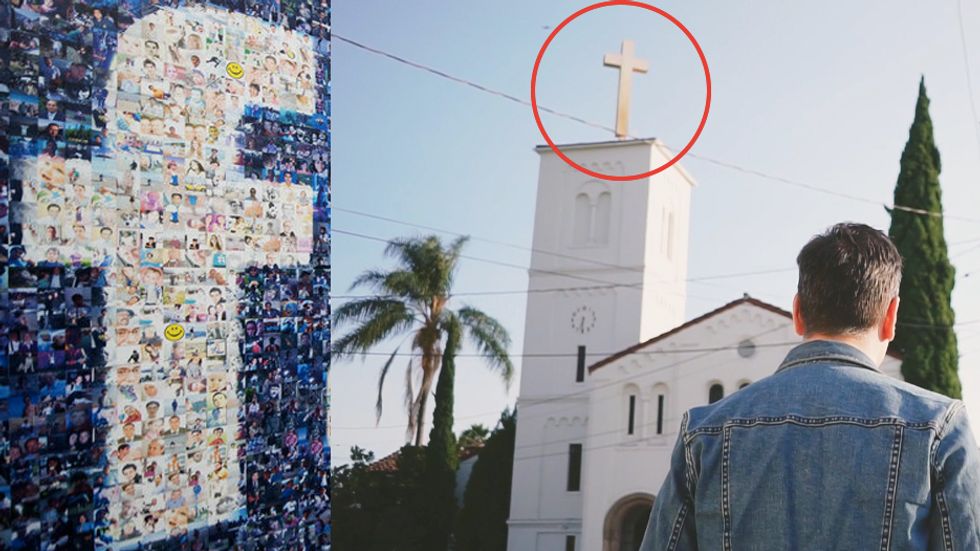 One video ad by Christian group Anchored North targeted LGBTQ people with a video saying, "We're either going to be under His mercy or under His wrath—that's the bottom line ... Do you want ... temporary pleasure right now? Or do you want eternity with Go

Facebook allowed advertisements promoting gay conversion therapy to be targeted to users who had ‘liked’ pages related to LGBTQ issues, according to a recent investigation by The Telegraph.

Gay conversion therapy is a pseudo-scientific practice that aims to change the sexual orientation, gender identity or gender expression of LGBTQ people.

Users reported seeing ads for things like ‘Homosexuality Was My Identity’, ‘Help for men with same-sex attraction,’ and others offering ‘cures’ for homosexuality. When users clicked ‘Why am I seeing this ad?’, Facebook informed them they had expressed interest in ‘gender issues’ or the LGBTQ community.

A gay man said he was “shaken” by one ad reportedly written by an evangelical ‘conversion therapist’.

“I think it’s pretty irresponsible for Facebook to allow an advert that preys on gay men with mental health issues in such a negative way on their homepage,” the man, Alistair Ryder, told The Telegraph.  “I don’t think I was targeted for any specific reason, aside from being gay, but out of the people I know who I’ve asked, I’m the only person who has been targeted with this ad.”

Still, gay conversion therapy persists because it’s rooted in religion, not science. It’s not illegal for religious or spiritual advisors to administer the ‘therapy’ to young LGBTQ people. An estimated 689,000 Americans have received gay conversion therapy—more than half of them as adolescents—according to a recent study from The Williams Institute.

"We don't allow ads that promote gay conversion therapy on Facebook. We removed these ads after further review. While we may miss some, we're working hard to make sure we quickly find and take down bad ads."

"If they were shown to people then you clearly did allow them,” wrote @PostimusMaximus. “Maybe the policy should be more “check first, allow 2nd" instead of “allow right away and check to make sure they don't violate ToS after people complain about them”"

The story is another example of how Facebook’s micro-targeting tools and massive user-data pool can be exploited by advertisers with malicious, illegal or dangerous intent. In 2017, a report revealed that Facebook’s advertising tools allowed customers to specifically target “Jew haters” and other anti-Semitic groups.

In August, the Department of Housing and Urban Development accused Facebook of violating the Fair Housing Act after it found the company had been allowing housing providers to restrict the types of people who receive advertisements for housing services based on race, sexual orientation, family status, and disability.

You can watch one of the anti-gay ads that was targeted to a Facebook user, and read Facebook's response to the user's complaint (two years ago), here.