While climate change is the hidden known that many citizens have grown tired of hearing about, obesity faces a similar predicament. It has become so commonplace we rarely raise an eyebrow, even as it destroys us from within. Last year, research showed that more Americans are simply giving up the fight.

Currently, nearly 70 percent of American adults are considered either overweight or obese. In Western Europe, the same number of adult men claim the same percentage, with 57 percent of adult women and a quarter of children classified as overweight.

What to do? There’s good old-fashioned calorie restriction, but the sustainability of such an emotionally charged practice is always in question, especially considering the fact that once your body becomes accustomed to one weight the metabolic and physiological changes are challenging. As psychology professor David Benton puts it:

Losing weight is much easier than maintaining weight loss, yet for health reasons we need to retain the lower weight.

Which is a fact fad diet hucksters take advantage of. They exploit short-term loss by packaging it as a long-term solution. The easier to implement the better, hence the proliferation of green tea and açaí pills. So accustomed to popping a pill for any reason have we become that attempting any management solution without it seems impossible. Consider the opioid crisis: treat the symptoms instead of the cause.

Weight loss programs are of the same mindset. There is basically no intervention that does not require serious reconsideration of lifestyle habits for success, yet the focus is always on what allows you to shed pounds quickest. A pound a week has long been the healthiest target, but when people want to drop 20 or 30 pounds immediately, such humble ambitions seem ludicrous. And so a crop of “nutritional gurus” rush in to promise the impossible. 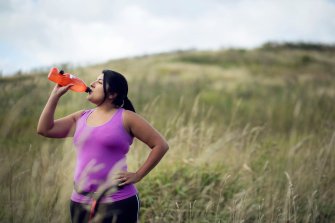 Sadly, we’re hardwired for the fantastic, however ludicrous it is over time. Which is why it’s almost refreshing to find a study with the most modest results from a pharmaceutical intervention: nine pounds lost over 40 months with no serious health implications.

Researchers have been looking into pharmacological solutions for weight loss for decades. The side effects of whatever has been packaged in pill form thus far have outweighed the benefits, most specifically pulmonary hypertension and heart-valve problems.

Since the selective serotonin 2C receptor agonist, lorcaserin, was approved by the FDA in 2012, it has been touted as a potential “holy grail” of weight loss intervention. So an extensive research team, led by Dr. Erin Bohula, a cardiovascular medicine and critical care specialist at Brigham and Women’s Hospital, put that to the test.

Twelve thousand overweight or obese patients, all of whom suffer from heart problems or display risk factors, were either given lorcaserin or a placebo. As noted, the lorcaserin group lost an average of nine pounds over 40 months. More importantly, however, that group showed no significant divergence in heart problems from the placebo group. Three earlier, small trials found similar results.

I think there will be several holy grails, but this is a holy grail and one which has been certainly at the back of the mind of a lot of specialists for a long time.

But all of the other things apply—lifestyle change has got to be root and branch part of this.

When I sent this study to a friend who is working on a postdoc in clinical psychology focusing on obesity, remarking on the average weight loss, she replied, “which you could do with a bit more exercise.”

The same conclusion I came to reading this study. As mentioned, I appreciate the modest results. Yet is the pill even necessary? Currently, Belviq (lorcaserin) can be purchased for $220-$290 a month, so it’s not an inexpensive intervention. The side effects list is also exhaustive: attentional and memory problems; depression and suicidal thoughts; slower heartbeat; constipation; headaches; dizziness; even heart valve problems, despite this latest evidence.

True, the fact that both cardiovascular problems and diabetes issues were not a factor after three years is a good sign. But if the goal is the slow and steady approach—lifestyle changes being incorporated into the weight-loss program—the pill hardly seems necessary.

Benton delivers sobering news about weight loss. It’s not a quick fix, nor does the long haul create a sexy headline. There is no “superfood” game-changer. Rather, it’s the tortoise in a media world dominated by the frenetic paces of hares—unglamorous, but sustainable.

The overwhelming message is that the price of freedom from obesity is eternal vigilance. When the initial attention associated with dieting dissipates, basic biology ensures that weight is regained. For the weight-conscious, actively counting calories can be successful, but losing weight and keeping it off can only work if one’s calorie intake becomes an issue high on the agenda.

Related
Neuropsych
Daily caffeine intake temporarily alters your brain structure
Compared to people who took a placebo, the brains of those who took caffeine pills had a temporarily smaller gray matter volume.
Thinking
Why you should laugh at yourself, according to Seneca and Nietzsche
“It is more human to laugh at life than to lament it.”
Hard Science
The violence of the Tonga eruption is a wake-up call to watch other submarine volcanoes
Out of sight, but not out of mind.
The Present
How circular economics can make us happier and less stressed
Entrenched business wisdom says that community-led economic systems are pure fantasy. Douglas Rushkoff disagrees.
The Learning Curve
The art of asking the right questions
The right questions are those sparked from the joy of discovery.
Up Next
Mind & Brain
Psychology’s 10 greatest case studies – digested
These ten characters have all had a huge influence on psychology. Their stories continue to intrigue those interested in personality and identity, nature and nurture, and the links between mind and body.