The city will build 37 miles of bike paths before the ban is complete. 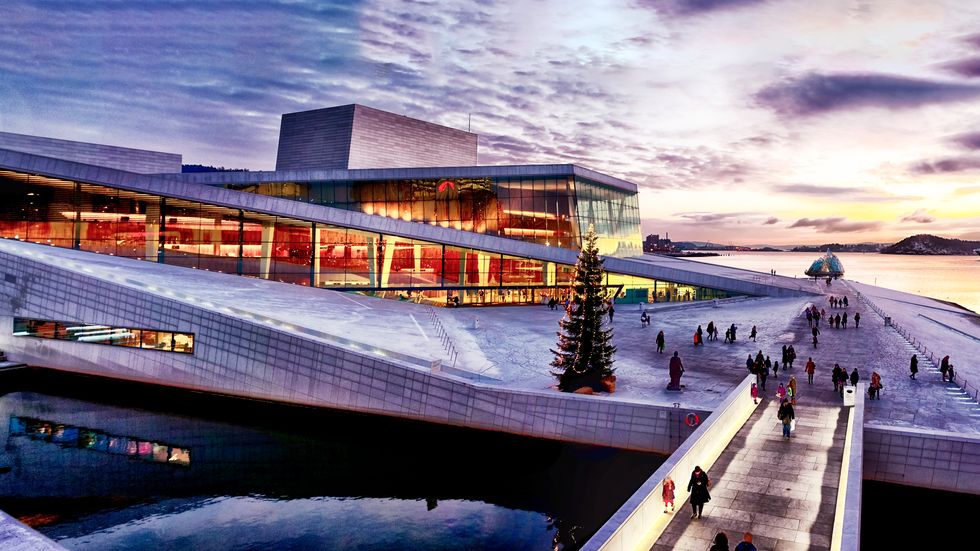 Future population booms are set to crowd our streets, especially in the city. It's predicted around 66 percent of the world's population will be living in cities in 2050 — an increase of 12 percentage points. Urban planners face quite a few decisions when it comes to designing the infrastructure of these cityscapes to support such a mass of people.

Major car mecca Los Angeles is doubling-down on its bus and bike infrastructure, but one European city is going all-in. The Norwegian city of Oslo plans to ban all cars by 2019.

This map from NRK shows the proposed car-free zone:

Before the ban takes place, the council explained its plans to build 37 miles of bicycle lanes. Buses, trams, and delivery vehicles will still be allowed within the city limits, however, and arrangements will be made to include disabled commuters and residents.

"We want to have a car-free center," Lan Marie Nguyen Berg, lead negotiator for the Green Party in Oslo, said to reporters.

"We want to make it better for pedestrians, cyclists. It will be better for shops and everyone."

Oslo is setting an example for the entire world for what a car-less city might look like. The change could be a major boost for residents in a multitude of ways. A study out of the Lund University did a cost-benefit analysis for Copenhagen, Denmark, to determine the possible societal, environmental, and personal costs of increasing the city's bicycle infrastructure.

Its analysis indicated that “investments in cycling infrastructure and bike-friendly policies are economically sustainable and give high returns."

If Oslo were to also invest in bike-share programs, it may even increase property values, as researchers at McGill University found happened in local Quebec neighborhoods.

There's a lot of good bicycling can do for a city (so long as they give it the proper support), and Oslo is setting the stage. The city has around 600,000 inhabitants and about 350,000 cars, so it's uncertain how other, larger cities would negotiate similar changes as a way to reduce air pollution. Putting limits on emissions might be a more plausible solution. However, there's no reason why smaller cities shouldn't follow Oslo's example.