Not everyone has the opportunity to ride a bike to work or school, but those who do would improve their health and save quite a bit of money. 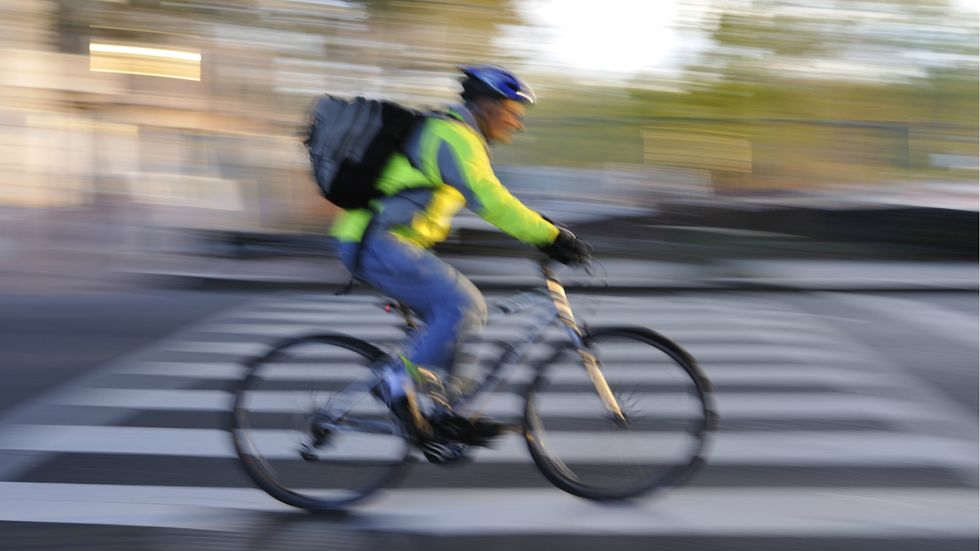 Not everyone has the opportunity to ride a bike to work or school, but those who do would improve their health and save quite a bit of money.

The infographic down below illustrates several of the environmental, economic, and health benefits of ditching the auto in favor of a bicycle. It's a little didactic, but it doesn't say anything that isn't pretty obviously true. Plus: We just like infographics because they're a more vivid, accessible way of digesting this sort of information.

Before you continue, note that the image below was put together by UK bike shop Rutland Cycling, which means it uses a bunch of stats and lingo that are a little more on the Anglicized end of the spectrum. Just remember that one stone equates to 14 lbs. or 6.3 kg.

And no, the evil bike lobby did not pay me to spread their anti-auto propaganda to support their bloody, devastating, ongoing War Against Cars™, so please don't start hurling stones.

Especially if they weigh 14 pounds.

If all that talk about tonnes, stone, and lager didn't convince you, there's always Bill Nye the Science Guy. A few years back, Bill explained to us why he prefers to bike:

"What do we have in the United States — obesity. Everybody’s freaking out, right?  If you ride your bike a lot, it reduces it; I guarantee it. Furthermore, bicycling, you can get in between places.  You can get many more cyclists on a lane of traffic than a car.  And, of course, you’re not using fossil fuels to get around. I mean, I have a bike I bought in 1975. The frame is just, just right. So there were fossil fuels used to create that steel and that paint, I gotcha. But it’s nothing like a car, alright? It’s insignificant; it’s trivial. No, when you get around by bike you’re not using the Earth’s resources like that."

Bill's been putting that bike to good use over the years:

Man, wasn't video-editing during the '90s just the greatest?

I personally alternate between public transit and bicycling, mostly because I live in Washington, DC, so I have access to buses, trains, and good cycling infrastructure. Plus, driving in this city makes you want to hurl yourself off a bridge except that we somehow don't have that many impressive bridges. Thanks a lot, L'Enfant.

When I did have a car I used it as a crutch — an expensive crutch. Gasoline, car insurance, routine maintenance: It ain't cheap.

Overall, I miss the thrill and autonomy you feel behind the wheel, plus the ease of just hopping in the car for a quick ride to the supermarket. But I think my quality of life has gone up without it.

That's not to say bicycle commuters can't also be drivers on the side. Most of the extremely passionate bicycle advocates I know are single without children. The thought of having a kid and no car with which to shuttle around said kid sounds like an absolute nightmare, especially if you live outside a city center. So I can see both sides when the dialogue eventually devolves into mudslinging between bicycling fascists and selfish car-loving pigs. There's no reason why the two modes of transportation can't coexist, except for how the people behind the two modes of transportation can't seem to coexist.

For now, if you need to drop a few pounds or save some scratch, and you live not too far away from work, there aren't many reasons not at least try biking for a while. You don't even have to wear the spandex if you don't want, though I'd recommend a helmet. After all, there are cars out there.