In the first officially recorded case of its kind, a 30-year-old transgender woman was able to breastfeed her child after completing an experimental treatment regimen.

“This is a very big deal,” Joshua Safer of Boston Medical Center, who wasn’t involved with the treatment, told New Scientist. “Many transgender women are looking to have as many of the experiences of non-transgender women as they can, so I can see this will be extremely popular.”

The transgender woman, who wasn’t identified in the report, told doctors at Mount Sinai’s Center for Transgender Medicine and Surgery in New York City that she became interested in breastfeeding after learning that her pregnant partner wasn’t. So the doctors devised an experimental treatment, consisting of hormones, a nausea drug, and breast stimulation, that she underwent for three-and-a-half months before the birth.

For several years before starting the regimen, the woman had been receiving feminizing hormonal treatments that allowed her to grow breasts. But she had never undergone breast augmentation, or any kind of gender reassignment surgery.

Safer toldNew Scientist that transgender women don’t need to undergo surgery to lactate because the cells in their breasts should produce milk in the same way as non-transgender women.

“When I treat transgender women, we see good breast development,” he said, noting that it’s still unclear exactly which component of the experimental regimen stimulated milk production. “For all we know, breast stimulation alone might be sufficient.” 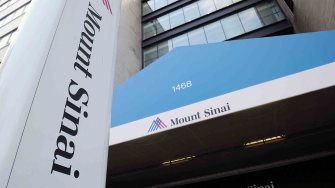 What’s also unclear is the long-term impact the breastmilk could have on children, such as subtle effects on cognitive development. An analysis could reveal key differences between the breastmilk of transgender women and gestational mothers.

That’s why Madeline Deutsch, a professor at the University of California, San Francisco School of Medicine and a transgender woman herself, chose not to pursue an experimental lactation treatment.

“I am very sad not to be able to breastfeed her and at the same time I did not consider doing this for the above reasons,” she told New Scientist.

Still, the procedure could soon be an option for other transgender women, as well as mothers who adopt or have trouble breastfeeding, if it’s proven to be safe and effective.

“This is very special,” Safer told New Scientist. “It will be very important for the many transgender women who want to breastfeed but do not feel they have the opportunity to do so.”

Study analyzes the relationship between pets and their young LGBTQ owners

There are pros and cons to owning a pet as a marginalized individual.
Neuropsych

8 lesser-known orientations along the sexuality spectrum

Sexuality is fluid and it’s important that people get to define it for themselves.
The Present

What is the ultimate goal of ‘Project Blitz’, the Christian nationalist movement?

The separation of church and state is being dismantled one bill at a time.
The Present

Discrimination is up across the board.
Up Next
Surprising Science

Scientists reveal how much money it takes to be truly happy

Money can’t buy you love? Well, it does buy happiness… up to a certain salary cap