If you had to pick a dollar amount where people are happy with their income, what would it be?

In Purdue University research using Gallup World Polls with controls for demographic factors, scientists studied 1.7 million people in 164 countries and came up with some numbers that translate to how much money it takes to be truly happy. Apparently, however, there’s an upper limit; going beyond that number means reduced happiness, material pursuit for its own sake, and wondering, “What about the Jones’ next door?”

$95,000. Per year, for a single person. That’s the number to reach what they label, “life evaluation” or life satisfaction. Lower levels, of $60,000 to $75,000, equate to “emotional well-being.” Of course, adding kids to the equation, and adding a spouse as well, would change that number; to not introduce too many randoms into the results, they simply studied single people. 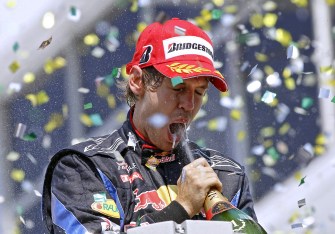 Another thing to consider is that these numbers change significantly if you move from, say, New York City to Dothan, Alabama. Or Dothan, Alabama to Bangalore, India.

Study lead Andrew T. Jebb said as much when it came out. “There was substantial variation across world regions, with satiation occurring later in wealthier regions for life satisfaction. This could be because evaluations tend to be more influenced by the standards by which individuals compare themselves to other people.”

But yes, much like the point that the Fight For $15 minimum wage folks emphasize by where they campaign, major cities would require a lot more than rural areas to be able to “afford” emotional well-being, so your mileage may vary.

“That might be surprising as what we see on TV and what advertisers tell us we need would indicate that there is no ceiling when it comes to how much money is needed for happiness, but we now see there are some thresholds,” study lead Andrew T. Jebb in Nature Human Behavior.

Could déjà vu and the ‘Mandela effect’ prove that alternate dimensions exist?

Are déjà vu and the Mandela Effect related? A theory by physicist Michio Kaku may help explain.