There may be a connection between two weird phenomena that science doesn’t yet know how to fully explain. What if a sense of déjà vu, which is reportedly experienced by 60-70% of all people, is actually connected to something larger, a fascinating internet happening called the Mandela Effect?

We generally know what déjà vu feels like. When it comes, you get a feeling of familiarity, like you’ve experienced what is happening at some point before. While there is a pathological kind of déjà vu that is associated with epilepsy, scientists say that for healthy people the sensation is an anomaly of an individual memory. Individuals holding non-scientific beliefs often claim that déjà vu is an after-effect of reincarnation (and evidence for reincarnation). That déjà vu may be a mistake of your mind is supported by the fact that, while that moment of sudden recollection may be strong, the details of what we are actually remembering are either nonexistent or very hazy.

The Mandela Effect is an internet-related psychological phenomenon that proposes a reason why some people remember the same event public event one way and other people may have a completely different view of how it happened. It says, ‘hold on, there can be another explanation here, outside of your possibly malfunctioning brain.’ Of course, this explanation is also something science either rejects, or at least struggles to fully conceptualize.

In particular, the death of Nelson Mandela in 2013 spurred a strange feeling among many people (who connected on the Internet) that the famous anti-apartheid fighter actually died much earlier, in the 1980s, when he was still in prison. Similar stories have perpetrated in relation to pop culture knowledge, like the spelling of the children’s book series “The Berenstain Bears” – there are apparently quite a lot of people out there who can swear they remember the title as “The Bernstein Bears”. 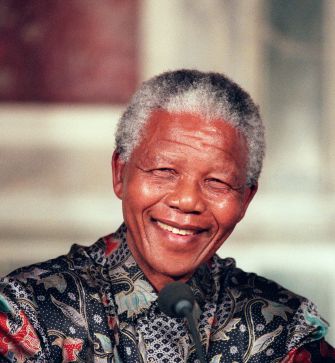 What may be behind the Mandela Effect? Scientists point tosuggestibility as a human characteristic that may provide the clue. After all, many folks on the Internet are quite easily led by memes and less-than-believable tales. But the personal experiences of many point to even more extravagant possibilities. What if some people have different memories because they lived in a different time, or a dimension that is in many ways similar to ours but diverges at certain key moments?

If people did live in different times or dimensions, the sensation of déjà vu would acquire another potential explanation. When that feeling comes, could it be a memory or a “crossover” from that parallel universe? Maybe a version of you is experiencing the same thing in another dimension and you just become aware of that duality during déjà vu?

While this may sound outlandish, and fodder for countless discussions on Reddit, Michio Kaku, the noted theoretical physicist and co-founder of string theory, added some fuel to this fire by stating in an interview with Big Think that the parallel universe explanation is not without some merit. He acknowledged that for most cases of déjà vu, the explanation can just be that we entered a space that looks like someplace which “simply elicits fragments of memories that we have stored in our brain.”

But in other situations, Kaku, who believes in multiverses, thinks we may be tuning in and out of parallel dimensions. He uses an analogy from the Nobel Prize-winning physicist Steve Weinberg, who explained how multiverses work by comparing them to radio stations:

Check out the whole talk by Kaku here:

Humans are “vibrating waves,” says Kaku. And sometimes we can vibrate in “unison with these other universes,” and other times we can’t. This theory may explain why our unusual experiences categorized under the Mandela Effect and déjà vu tend to come and go.

Another more prosaic connection between the Mandela effect and déjà vu could be that, of course, they may both be just cognitive anomalies—memory quirks or false memories that we shouldn’t pay much attention to. But for the millions of people who experience these “quirks,” a satisfying explanation is still out there.

The “Limitless” pill exists, and you already have it in your brain.
Up Next
Starts With A Bang

The Biggest Myth In Quantum Physics

The Many Worlds Interpretation of quantum mechanics holds that there are an infinite number of parallel Universes that exist, holding all possible outcomes of a quantum mechanical system, and that […]