2020 sucked. That’s hardly news to anyone, nor a hot take that will stir up much in the way of debate. But a look at Google’s past “Year in Search” results shows how starkly different 2020 has been from any other year the tech giant has chronicled.

Every year since 2001, Google has tabulated its annual “Year in Search” results by aggregating the trillions of searches on its site. Google then highlights the searches that showed the highest percentage increase over the year. This method means terms like “Netflix,” “Facebook,” and “YouTube” don’t appear on the list despite a high search volume as their percentage change is negligible compared to previous years. What the method does provide, however, is a window into our changing needs, desires, and questions year-over-year.

In 2011, for example, Google’s analytics reveal an America obsession with sports, DIY glitter shoes, and images of planking. We craved information on the latest technology, home appliances, and diets we absolutely stuck with (thank you very much). Political impasses and scandals remained as ubiquitous as ever, but there was a sense that we were finally rebuilding from the Great Recession. And the year’s biggest letdowns—Google+ and “Game of Thrones”—wouldn’t disappoint for several years yet.

Google’s “Year in Search 2020” results inflect with a markedly different tone—one that’s bleary, scared, and subdued, but also humane and compassionate. It was the year that, according to Google, more Americans than ever were asking, “Why?” It was also the year that, more than ever, we needed those answers. 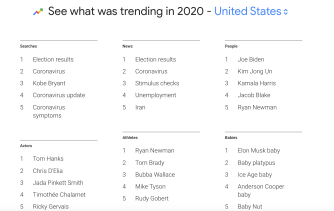 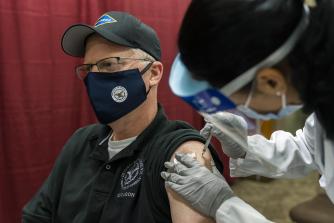 In any other year, an outbreak of a novel coronavirus strain—such as SARS and MERS—would have been a story tucked into the Science and Health section. In 2020, it was the issue that mattered most. The term “coronavirus” saw the second-largest increase in searches in the U.S., behind only “election results.” Worldwide, it was number one.

Those entries, however, don’t reflect coronavirus’s hold over the year. The pandemic infected nearly every category in Google’s annual analytics. People needed to know about coronavirus symptoms and keep up-to-date on the virus’s spread. Trending news terms included “stock market,” “stimulus check,” and “unemployment,” all driven by the dire economic straits the pandemic plunged the U.S. into this March. And top word searches ensured “pandemic,” “quarantine,” and “asymptomatic” would become commonplace in our national word-stock.

Coronavirus widened the country’s already intractable polarization, revealed its devastating health gaps, and, as of this writing, has killed nearly 300,000 Americans. The potential long-term effects faced by America’s 15 million COVID-19 survivors are unknown but may include complications of the cardiovascular, respiratory, and neurological systems.

While Russia announced the world’s first COVID-19 vaccine in August, those claims were scientifically dubious. Since then, more rigorously tested vaccines have been green-lighted in the United Kingdom and the United States, and both countries have begun administering it to high-risk populations and front-line workers. However, the vaccine’s effectiveness and how readily it will be available to everyone remains to be seen. For its first few months, at least, 2021 may be the pandemic sequel no one asked for. 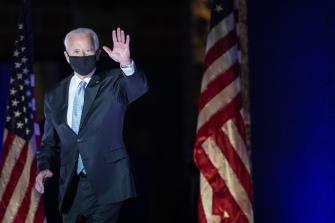 Thanks to an anemic baseball season, politics became not just America’s new pastime but the world’s. The U.S.’s number one trending search term was “election results,” and it was number two globally. Politicians became popular search terms, too, with “Joe Biden,” “Kamala Harris,” and “Pete Buttigieg” leading the pack. And coronavirus-related changes to traditional voting methods in many states propelled Americas to google about early voting, how to vote, and where they could vote.

While American politics have been contentious more often than not, the 2020 election proved fraught, vitriolic, all-encompassing, and seemingly everlasting. The political parties sparred over issues such as the economy, immigration, violent crime, racial inequality, climate change, and, of course, the incumbent’s response to the coronavirus. The September passing of Supreme Court Justice Ruth Bader Ginsburg added another ideological melee into the larger political fray, and the entire process was further complicated by social media and the debate over its culpability in the spread of false information.

Worse, for many, the usual avenues of escape and mental decompression were barricaded by pandemic restrictions and mandates.

This national drama, which normally would have ended on Super Tuesday, entered its third act with a protracted vote count. As critical battleground states slowly tallied the influx of mail-in ballots, “who is winning the election” quickly became one of Google’s most searched for questions of the year. The answer was determined to be challenger Joe Biden, bringing a decisive end to one of 2020’s most challenging moments.

Kidding! In an unprecedented move, incumbent Donald Trump claimed the results were fraudulent and has (as of this writing) refused to concede. He and his legal team have filed more than 50 lawsuits to contest the results, most of which have been shot down as frivolous. For the record: There has been no evidence of widespread fraud in the election.

The Electoral College has since cemented Joe Biden’s victory, and it looks like this is one 2020 contention that we can safely put behind us come New Year’s. Kidding, kidding! A cohort of Republican lawmakers has proposed challenging the Electoral College votes when Congress convenes to confirm them on January 6. Sigh. 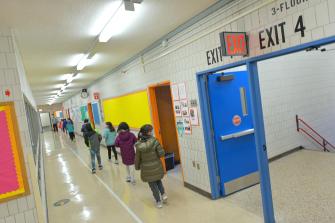 Conspicuously absent from Google’s “Year in Search 2020” are the usual events and happenings. With Americans forced to shelter-in-place and events canceled under pandemic restrictions, we’ve transitioned to a year of virtual living.

For schools, parents, and students alike, remote learning has proven one of the year’s Herculean labors. While there is evidence that remote education has decreased anxiety for some children, there’s also evidence suggesting that such setups are taking a mental health toll on others. Unfortunately, we likely won’t know for some time how a year of peer separation will affect student’s social development or their scholastic achievements.

American adults have also felt the social claustrophobia of stay-at-home orders and are seeking a virtual escape. Trending searches include “virtual marriage,” “virtual baby shower,” “virtual NBA fans,” and “virtual EDC raves.” As with their pint-sized peers, it remains unknown how this year of isolation will affect mental health in adults. However, data suggest stress, anxiety, depression, and other mental maladies have become more widespread alongside altered health habits and a lack of access to mental health support services.

These virtual events may serve as an analgesic, but they aren’t a cure for the problem. 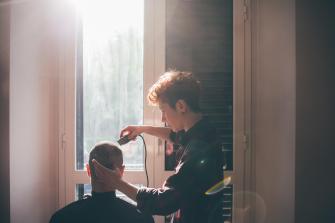 Personal growth and health habits typically have a strong standing in Google’s “Year of Search,” but in 2020, diets and mindfulness took a backseat to the how-to’s. How-to questions became trending searches thanks to Americans being cut off from amenities such as beauty parlors and nail salons.

Most of the trending how-to searches were for hair care. How to cut men’s hair and women’s hair. How to plop hair, color hair, and style curtain bangs. Americans clearly pined for their stylists in 2020.

Other notable how-to’s included dermaplaning, washing hands properly, sewing a face mask, and rocking sweatpants with style. And if that list doesn’t signal just how difficult 2020 was, then what else does?

‘A world with no ice’: Confronting the horrors of climate change | Big Thinkwww.youtube.com

Well, science news may. 2020’s trending science searches centered on natural disasters. Americans googled “fires near me” as conflagrations devoured the West Coast, destroying forests, neighborhoods, and even whole towns as they went. Hurricane Laura, a Category 4 storm, also trended after slamming into Louisiana this August.

All told, 2020 witnessed record-breaking levels of natural disasters, many hitting with a force more devastating than previous years. This rise in climate emergencies is part of a two-decade trend that scientists have linked to climate change and increased global temperatures.

When not worrying about natural disasters, Americans were fretting over “murder hornets,” another trending term. Entomologists discovered the murder hornets—actually named the Asian giant hornets—in Washington state this year. Because native bees have no natural defenses against this invasive species, their colonies can be massacred by a few dozen hornets in mere hours. While one murder hornet’s nest was discovered and destroyed near Blaine, Washington, experts worry there may be more.

At least there was that baby platypus to enjoy. Except no. In true 2020 fashion, that picture was bogus—although, not to be a total buzzkill, real platypus babies are darn cute. 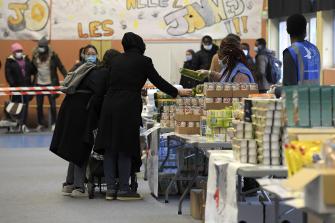 If we’re looking for a silver lining to 2020—and at this point it’d be nice—it’s that people were actively searching for ways to make the world better.

The categories “how to donate” and “how to help” both trended in the United States. People wanted to know how to help Yemen, Beirut, Black Lives Matter, and the Australian bushfires. They searched how to assist during the pandemic or help someone having a panic attack. They wanted to donate to Goodwill and send N95 masks to medical facilities. Even search terms about how to donate blood and plasma became trending in 2020.

As mentioned at the beginning of this article, that means that more people were searching for answers to these questions than in previous years, a likely sign of people trying to help others. So while 2020 certainly sucked, it would have been worse without the people who made it better in their own small way.

As we look to New Year’s Eve, we can crank up Elton John’s “I’m Still Standing” and take heart that if next year is better, it is because of the efforts we made in 2020. Because 2021 has got to be a better year. Right?

Explore the key highlights from the UN’s latest release of its world population estimates.

“This is much deeper than just ‘let’s figure out how we can get both sides to get along.’”
▸
15 min
—
with
Ian Bremmer
Health

Jokes so cheesy even French philosophers will love them.
Up Next
Starts With A Bang

This composite photograph shows a large number of Geminid meteors captured during the night of the peak in December a few years back. Dark skies and lots of patience are […]