A new study suggests that sensitivity to the emotion of disgust affects one's attitudes on immigration. 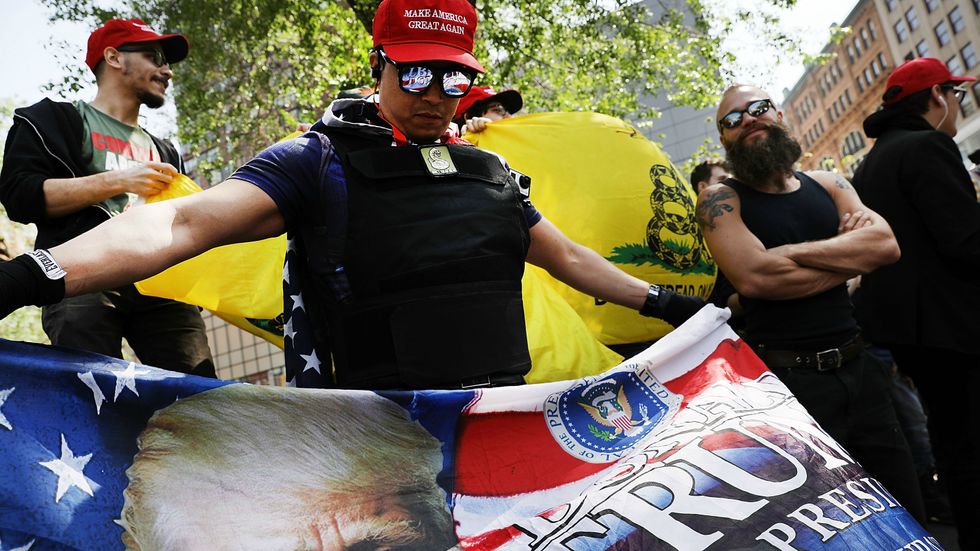 A recent study shows that people who are easily disgusted are more likely to hold anti-immigration views. The findings are just the latest in a growing body of research on how disgust sensitivity affects human values and behavior.

First, why would disgust have anything to do with opinions on immigration?

Disgust is a protective emotion. It causes us to lurch back from a rotten apple, or steer far away from dog poop on the sidewalk. These reactions are part of the behavioral immune system, which evolved to help us detect and avoid things in our environment that cause disease. That’s why we find some things universally repulsive – urine, feces, vomit.

What’s strange, however, is that our sense of disgust can extend beyond these things and into the social world, causing some of us to feel repulsed by certain ethnic groups, homosexuality or social behavior. And because disgust is a protective emotion, it's not surprising that many people high in disgust sensitivity are conservative. Over the past two decades, studies have shown that individuals who are easily disgusted are more likely to:

This recent paper, authored by researchers Lene Aaroe, Michael Bang Petersen and Kevin Arceneaux, provides the best evidence yet that disgust sensitivity plays a causal role in shaping opinions on immigration. The researchers surveyed four sets of participants in the U.S. and Denmark to analyze the relationship between anti-immigration sentiment and disgust sensitivity.

To measure immigration attitudes, researchers asked participants to rate their level of agreement with statements like “Immigrants improve American (or Danish) culture by bringing in new ideas and cultures.”

Disgust sensitivity was measured similarly with statements such as “I never let any part of my body touch the toilet seat in public restrooms.” In addition, a small group of students participated in a study that measured disgust sensitivity through skin conductance while they viewed images related to infection and disease.

The findings clearly showed that people with a high sensitivity to disgust, no matter where they're from, are more likely to hold anti-immigration views.

But perhaps the strangest finding came from a study in which two groups of participants were asked to read a passage that described a hospital employee coming in contact with bodily fluids. The passage given to one group, however, included an extra part in which the hospital employee thoroughly washes his hands. Anti-immigration sentiment dropped by 47 percent among this group, leading researchers to effectively rule out concerns that "the effects of pathogen avoidance are spurious," adding:

Overall, the results of the paper are unsettling for two main reasons:

These newly articulated obstacles shed light on how complex the immigration predicament is in countries like Germany, France and the U.S. The research indicates that anti-immigration sentiment might be less related to the empirical problems immigrants pose, and more of a deeply rooted evolutionary response. Cultural or moral failures, it seems, don't fully explain the vehement opposition.

Of course, this isn't to say that there's never a rational, empirical case to be made against immigration. But given the fact that there's a large variance in disgust sensitivity across populations, it begs the question: Are discussions between liberals and conservatives about immigration a waste of time?

Maybe not. The study authors wrote:

It is plausible that the increased familiarity following substantial and continuous personal contact leads individuals to stop categorizing immigrants as pathogen threats. In this way, ethnic tolerance may turn out to be an “acquired taste.”

The key question seems to be: How might the public conversation about immigration change if more people knew about disgust and the behavioral immune system?

As psychologists continue to study how personality traits affect ideological beliefs, it seems increasingly unproductive to write off all opponents of immigration as racists or xenophobes. They exist, sure. But in some cases, it might be just as valid to blame tuberculosis or leprosy.

If you're interested in finding out how sensitive you are to disgust, you can visit YourMorals.org and fill out the Disgust Scale that was developed by psychologists Jonathan Haidt, Clark McCauley and Paul Rozin.