There is a lot of debate in the scientific community over what exactly intelligence is. We can talk about IQ. That’s one thing that’s absolutely measurable. But beyond that things get hazy. According to Harvard’s Howard Gardner there are multiple intelligences. In an elemental sense, one of the earliest and most comprehensive explanations is the ability to recognize patterns.

The human brain is actually the world’s most complex pattern recognition system. Previous research finds that those who are skillful in noticing patterns tend to earn more money, perform better at their jobs, and take better care of their health. In addition, advanced pattern detection may make one savvier in spotting opportunities and less likely to identify with authoritarian ideology.

“Pattern-matching” helps us to discern the feelings of others, make plans, learn a new language, and much more. The problem is, everything has a downside. Those who have excellent pattern recognition tend to use it to evaluate other humans, making this type prone to stereotyping. 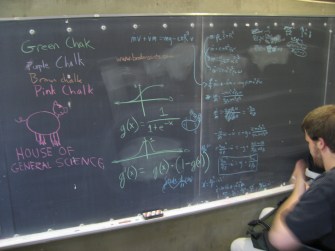 Certain cognitive styles may be prone to social stereotypes. Flickr.

In a series of studies recently performed at New York University, researchers determined that those who were better at pattern-matching, were also more likely to recognize social stereotypes and apply them. There was a saving grace. These types were also more willing to change their attitude or position, in light of new information.

The lead author, David Lick, is a postdoctoral researcher in NYU’s Department of Psychology. Lick, along with Assistant Professors Jonathan Freeman and Adam Alter, joined forces to find out how pattern detectors operate when they come into contact with social stereotypes. The authors wrote, “Because pattern detection is a core component of human intelligence, people with superior cognitive abilities may be equipped to efficiently learn and use stereotypes about social groups.”

Researchers recruited 1,257 participants online through Amazon’s Mechanical Turk. This is where participants agree to become subjects in social science experiments, in return for some form of compensation. Participants were put through six experiments in all. In the first two, they saw pictures of either blue or yellow aliens with varying dimensional differences, such as a different face shapes, eye sizes, or ear sizes. 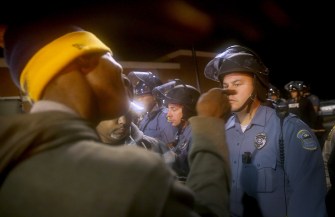 Certain types may be more likely to act on social stereotypes without being aware of it. Getty Images.

Recruits were told that blue aliens are “unfriendly.” They take part in rude behavior, such as spitting in another’s face. Meanwhile, yellow aliens are “friendly.” They’d do things like buying a bouquet of flowers for another. In the third leg, respondents were made to take the Raven’s Advanced Progressive Matrices, a pattern recognition assessment.

In the fourth segment, they underwent a memory test. Participants were told to match faces with behaviors. Among those the viewers encountered were some blue and yellow faces they’d never seen before. What the study showed was that pattern detectors were more likely to attribute blue faces to unfriendly behavior and yellow ones to the friendly kind. Researcher’s say, this constitutes a learned behavior.

In the next test, respondents encountered human faces. They were all male and had either a wide or narrow nose. For one set of participants, the wide-nosed faces were given unfriendly traits and the thin-nosed, friendly ones. In the second group, the roles were reversed. The example given of unfriendly behavior was laughing at a homeless person. While the positive example was bringing a bouquet of flowers to a sick friend. 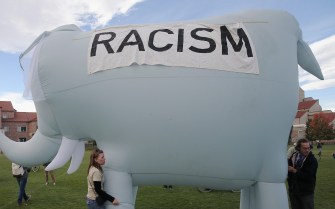 We encounter social stereotypes all the time. How we internalize it is being uncovered. Getty Images.

Next, participants were told that they’d take a break from the study, which was misleading. They were asked if they’d like to play a game. One aspect was they’d have to lend out money to other participants. Players chose their avatar from a group of faces and played for 12 rounds. In each, they partnered up with a different looking avatar.

Participants didn’t know it, but they weren’t playing with real partners. Instead, researchers were selecting avatars to pair them up with, to see if they operated under any sort of bias. Respondents who did better with pattern recognition often gave less money to those avatars whose noses they had learned to stereotype. Yet, when they encountered information that bucked the bias, pattern-detectors altered the way they played the game.

Lick, Freedman, and Alter say that specific advanced cognitive abilities may have a tendency to come with certain shortcomings. Besides this bias toward stereotyping, pattern-matching types are also more prone to OCD-like symptoms and behavior. Fortunately, the study also shows that this type may be the most amenable to bias. Pattern detectors may be the most amenable to stereotyping. Getty Images.

David Lick responded to some questions I had about this study via email. He told me that he and colleagues can accurately predict how likely participants are to apply stereotypes if given the chance.

In fact, social psychologists have done quite a bit of work on the topic using implicit measures similar to the ones described in our paper. There’s also been some work on methods to reduce stereotyping, though the literature is considerably smaller. Irene Blair (2002) and Kerry Kawakami (2005, 2007) have done some of the best work on counter-stereotype training procedures, and have shown some success in reducing explicit / implicit stereotyping. However, a number of questions still remain about the long-term effects of such training, and I think we need to do more research before making broad claims about the efficacy of these programs.

I asked if someday, we could use these findings to develop a sort of bias screening tool. But Lick said he wasn’t comfortable with that for a couple of reasons:

(1) These findings are restricted to fictional groups, “which could differ from real-world stereotypes in a number of important ways.”

(2) It’s not clear that such a tool would even be useful. “Although there is a statistically reliable association between pattern detection and stereotyping, that doesn’t mean there’s a 1:1 mapping or that every good pattern detector will stereotype in every situation,” he said. Such a tool would only tell you if someone was likely to stereotype or not, which could lead to serious problems such as damaged interpersonal relationships or reputations by causing false accusations. “Even if the intentions were good, we’d need a lot more research with more diverse groups of people before beginning to think about a screening tool,” Lick said.

Still, these findings are paving the way for future research, allowing us to come to understand different cognitive styles in a deeper and more comprehensive way. From there, we could develop an anti-stereotyping program complete with different tracks, each tailored to reach a particular cognitive style.

To learn more about the nature of stereotyping and how we humans go about it, click here:

Research shows that those who spend more time speaking tend to emerge as the leaders of groups, regardless of their intelligence.
Up Next
Culture & Religion

Game of Thrones: Why Do We Love Impossible Stories?

Storytelling isn’t an escape from reality, it’s a deep dive into it.