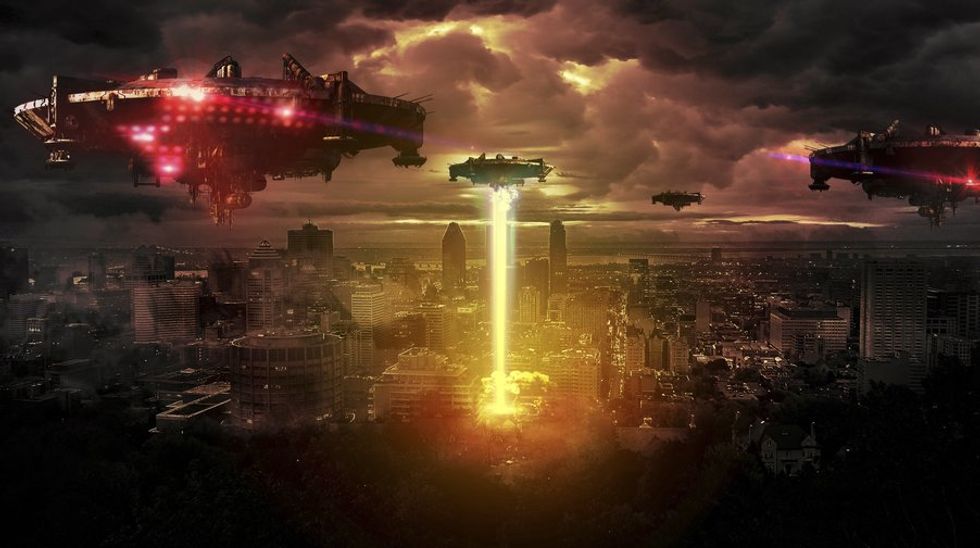 The number of alien civilizations the galaxy should have can be determined by an equation, the Drake equation, that turns the above factors into variables. When you plug them into the formula, you find that there should be at least 20 civilizations in our cosmic neighborhood. This makes the fact that we have yet to find any other life in the cosmos almost shocking when you think about it.

What Alien Life Could Teach Us About Humanity www.youtube.com

The seeming discord between how many advanced civilizations ought to be in space and the lack of evidence for any is known as the Fermi paradox. It has lead to dozens of hypotheses and potential solutions over the last few decades.

Many of the solutions aim at one of the variables in the Drake equation and try to make the supposed number of civilizations lower so it is more reasonable for us to not have met anybody yet.

Some propose that life starting at all is rare, others suggest that the development of intelligence is the bottleneck, others still posit that most civilizations would live for a short time before blowing themselves up or, conversely, never even manage to invent the radio. One solution, however, is a bit darker than the others

The Dark Forest solution explains why we haven't heard from aliens by positing that they are purposefully keeping quiet.

The reasoning is laid out best in the science fiction novel The Dark Forest, by Liu Cixin. The plot of the book, the second in a series, concerns questions of how to best interact with potentially hostile alien life.

In the novel, the argument is laid out like this:

Since all other lifeforms in the novel are risk-averse and willing to do anything to save themselves, contact of any kind is dangerous, as it almost assuredly would lead to the contacted race wiping out whoever was foolish enough to give away their location. This leads to all civilizations attempting to hide in radio silence. The reasoning behind the paranoia is explained in this paragraph from the novel:

The universe is a dark forest. Every civilization is an armed hunter stalking through the trees like a ghost, gently pushing aside branches that block the path and trying to tread without sound. Even breathing is done with care. The hunter has to be careful, because everywhere in the forest are stealthy hunters like him. If he finds another life—another hunter, angel, or a demon, a delicate infant to tottering old man, a fairy or demigod—there's only one thing he can do: open fire and eliminate them.

It's a bit like the prisoner's dilemma really, and the concept is based on applied game theory.

Is there a non-literary approach to this solution? Or is it just an idea that is good for a story?

It was also put forth by scientist David Brin as a potential solution to the lack of radio evidence for alien life. While the variant he describes relies on robotic probes carrying out the task of killing off civilizations other than the one that created it, the core concept remains the same. In this excerpt, he explains why this solution an attractive one for scientific purposes and terrifying for existential reasons:

“It is consistent with all of the facts and philosophical principles described in the first part of this article. There is no need to struggle to suppress the elements of the Drake equation in order to explain the Great Silence, nor need we suggest that no ETIS anywhere would bear the cost of interstellar travel. It need only happen once for the results of this scenario to become the equilibrium condition in the Galaxy. We would not have detected extraterrestrial radio traffic- nor would any ETIS have ever settled on Earth- because all were killed shortly after discovering radio."

He then reminds us that broadcasts of I Love Lucy are racing across the cosmos, ready to reveal our location and sense of humor to anybody who can pick them up. How plausible is this theory?

This theory has the advantage of only affecting one of the variables in the Drake equation and affecting the one that is the most open to speculation. It also doesn't require us to make broad assumptions about how all alien civilizations behave; a single advanced race that acts this way would be enough to cause the observed situation.

This would also explain why we haven't found any mundane alien radio signals despite a century of being able to pick them up. Just as we accidentally send our radio signals, meant for us, out into space, another civilization would be likely to as well. One possible reason for this is that other civilizations are so fearful of being detected that they purposely avoid sending out any radio evidence of their existence.

It does, however, assume that other species have a similar risk aversion level and reasoning process as we do or that there really is one civilization out there killing off anybody they think can harm them. This is a big assumption.

Why is this theory dark?

We've been screaming our existence to the cosmos for almost one hundred years now. Any aliens within a one hundred light year radius of us would be receiving a barrage of radio signals from our direction. If we had reason to avoid letting aliens know about us, as Stephen Hawking thought we did, we might have a problem.

Why haven't we heard from aliens yet? If this solution is correct, they are purposely hiding in the darkness of space for fear of death. Should we stop broadcasting our existence to the universe too then? Or would alien life be a little nicer than we've been in our history?