The Thai boys soccer team rescued from underground caves was helped in survival by meditation practices led by its coach - a former Buddhist monk. 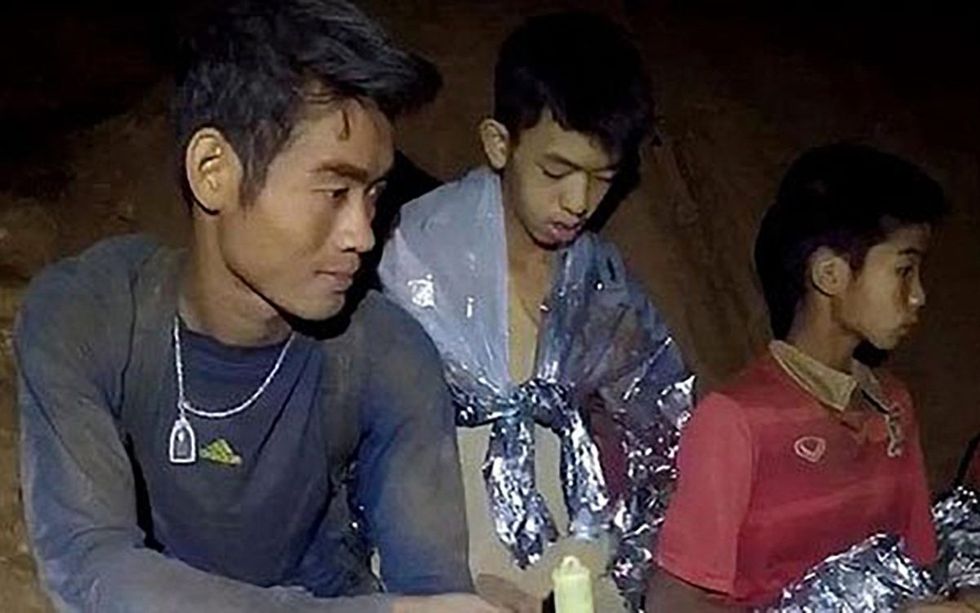 The story of the Thai boys soccer team trapped in a cave for two weeks has captivated millions of people around the world. Lost since June 23rd, the group spent ten days without any contact with the outside world. It was finally discovered on July 2nd and rescued on July 10th.

It turned out that Ekapol Chanthawong, the 25-year-old coach of the 12-player Wild Boars soccer team, is a former Buddhist monk. He spent a decade living as a monk and is a practitioner of meditation. It is that skill that has been credited with keeping the boys calm during this ordeal. In fact, when the British divers discovered them after ten days, the group was meditating.

Aisha Wiboonrungrueng, the mother of the 11-year-old Chanin, who was trapped in the cave, thinks the coach’s background definitely helped in this situation. Watching the video of the moment the boys were found, she thought it was very noteworthy how calm they were.

“Look at how calm they were sitting there waiting,” she said. ”No one was crying or anything. It was astonishing.”

Leah Weiss, a Standford expert taught by the Dalai Lama, told CNBC that meditating played a key role in keeping the group alive. It’s a kind of mental training that improves focus and compassion, according to the expert.

“For Buddhists, meditation is a go-to when distressed or in danger,” Weiss said. “Cognitive resources that would otherwise be hijacked by the threat can be accessed once again, meaning that problem-solving capacities increase."

In particular, she pointed out that "given that insufficient air and food was a major issue for the trapped boys, meditation is actually a very practical response to both of these concerns."

Meditation creates a calming effect by slowing down the heart rate, breathing and metabolism, said Weiss. It also lowers the levels of cortisol and oxygen utilization. A meditating person would also emit less carbon dioxide.

More details about how the boys got trapped in the cave in the first place are to be uncovered, but it looks to be a very dramatic real-world demonstration of the power of meditation. The incident confirms a steadily growing body of research that shows how meditation and mindfulness practices lead to lower stress levels, improved positivity, and creativity as well as clearer focus and protection from depression.