A certain kind of conspiracy theory keeps popping up after every recent mass shooting, and social media is making it easier to spread than ever before. 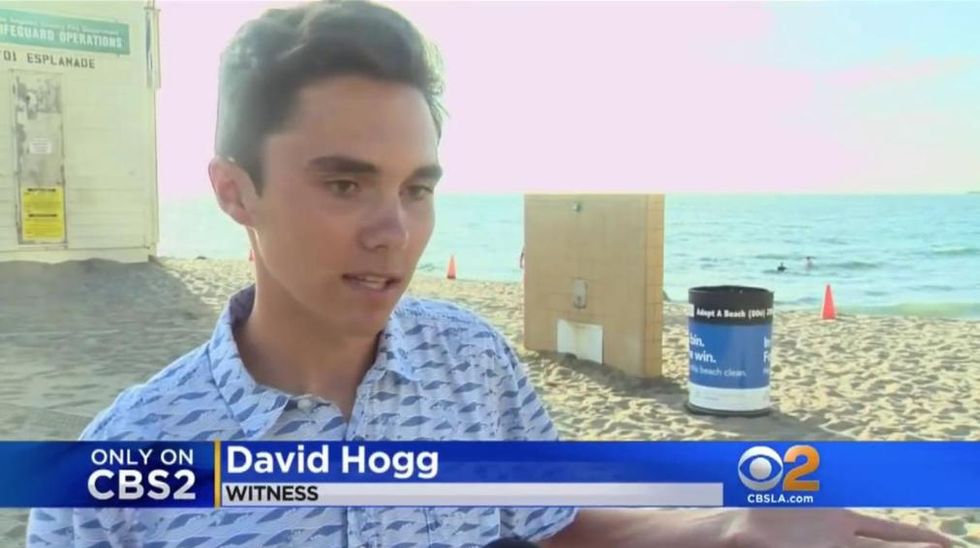 It’s been barely over a week since a man armed with an AR-15 killed 17 students and faculty members at Stoneman Douglas High School in Parkland, FL but there has already been a sharp increase in conspiracy theorists decrying survivors as “crisis actors” working on behalf of the FBI.

It’s the latest example of what has become a disturbingly frequent response to mass tragedy in the United States and is being used to diminish and delegitimize survivors pushing to enact solutions and reforms to gun control and a variety of other causes.

While a fairly old concept in the realm of conspiracy theories, the conspiracy first appeared in mainstream media in the aftermath of the Sandy Hook Elementary school shooting in 2012 thanks to fringe media outlets like Infowars or Gateway Pundit.

According to the conspiracy theory, a “crisis actor” is someone who has been paid to pretend to be a victim of a mass shooting or other tragic event. They are supposedly working as part of a “false flag” operation—an orchestrated event designed to complete some ambiguous goal around things like public disarmament, government surveillance, or some kind of military action against specific groups or nations. A piece by Motherboard explains the term's relatively innocent origins—there are people who are actually paid to participate in simulations of active shooters and other high-stress situations in order to gauge response times and other forms of preparedness, but it was quickly co-opted by fringe communities in the wake of Sandy Hook Elementary.

In the case of the Stoneman Douglas shooting, these fringe outlets have already attempted to link survivors and witnesses to everything from the Democratic Party to billionaire activist George Soros (himself a frequent target of far-right conspiracies), to the FBI itself, signaling an anti-government bias that often lurks beneath these kinds of theories. Utilizing social media and video platforms like YouTube, conspiracy theorists have spent the last week propagating false or misleading videos and images attempting to prove that students like 17-year-old David Hogg are acting on behalf of someone else with sinister motives. Their evidence? In Hogg’s case, he appeared on TV while on vacation in California after witnessing a fight in 2017 and is now on TV after surviving a horrific, violent attack on his classmates. Obviously, according to these fringe groups, he can’t possibly have been in both places, 6 months apart, witnessing different, unrelated crimes. The image proclaiming his complicity was shared over 100,000 times before Facebook removed it for violating its terms and services.

YouTube continues to find it difficult to keep up with the spread of conspiracy videos, as well. A search for David Hogg on February 21st showed that the first 10 videos that came up under his name were related to the crisis actor conspiracy. What was once only whispered about in the weirder, more offbeat areas of the Internet is now accessible to anyone if the algorithm likes it.

A significant pushback response from Stoneman Douglas students and their supporters is ongoing. As with many other aspects of the aftermath of the shooting, the survivors are taking a much more active and visible role than in some past mass shootings (many appeared on CNN just last night in a town hall with representatives from the NRA and Congress), and are refusing to let these conspiracy theorists and trolls get away with using them as props for their own agendas. A Florida legislative aide was even fired for promoting the “crisis actor” theory, signal that spreading false information can actually have real-life consequences.

For David Hogg, the harassment actually has a good side to it. In an MSNBC interview, he stated: “The only time you're ever doing anything that actually matters is when people try stopping you.”