In an attempt to slow the spread of misinformation and flat-out fake news spreading rapidly on the YouTube platform, the company is about to allow the flagging and linking of Wikipedia entries relevant to content uploaded to its system.

At the South by Southwest festival this week, YouTube’s CEO Susan Wojcickimade the announcement. In reference to popular fake news stories such as the Moon landing being a hoax or fabricated political gossip, she said: “We will show as a companion unit next to the video [with] information from Wikipedia showing information about the event.” 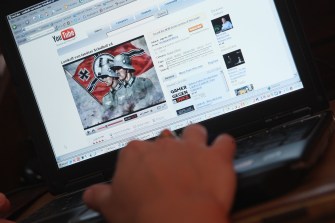 It’s been brewing for a while but the school shooting last month in Parkland, Florida brought the problem into direct focus. In the days following the shooting, a conspiracy theory clip that falsely accused Parkland survivors of being ‘crisis actors’ shot to the top of YouTube’s traffic.

One of the survivors who has been in the media frequently, David Hogg, said on CNN, “I’m not a crisis actor. I’m someone who had to witness this and live through this and I continue to be having to do that.”

1) YouTube has had a problem previously in keeping a handle on new conspiracy theories as things break in the news.

2) Wikipedia is rather like an encyclopedia instead of a news source, and it depends on user updates, which by definition creates an opportunity for fake news peddlers to make the conspiracy theory go even further. Although this explanation by Katharine Maher, the executive director of the Wikimedia Foundation, reveals just how Wikipedia’s community of editors work to ensure factual integrity.

To cover itself, Wikipedia acknowledges in on its page: “Wikipedia is an encyclopedia, not a newspaper… as a result, our processes and principles are designed to work well with the usually contemplative process of building an encyclopedia, not sorting out the oft-conflicting and mistaken reporting common during disaster and other breaking news events.”

The problem has been around on YouTube for decades, including 9/11 “Hoax” or “False flag” videos, moon landing conspiracy theories, “Flat Earthers” … you name it (you’ll have to find those on your own — no links will be provided to them from here). In addition, every mass shooting has people claiming it was all an “act” in order to … well, it’s not exactly clear what that accomplishes, but it’s usually couched in terms of “government control” and “giving up your rights” and “Bilderberg something something,” etc.

Ginning up the conspiracy theories also works for trolls — Russian and otherwise — whose literal paying job is to stir up hate, discord, confusion, and polarization online.

A YouTube/Wikipedia linkup is a start, anyway.

Related
Starts With A Bang
The quantum reason why neutral atoms first formed
If it weren’t for the intricate rules of quantum physics, we wouldn’t have formed neutral atoms “only” ~380,000 years after the Big Bang.
Hard Science
Some earthquakes last for seconds, others for minutes — and a few for decades
What do you call it when the Earth shakes for three decades?
Sponsored
What childhood “money story” is shaping your financial behaviors?
Here are the signs that you inherited “money anxiety” from your parents.
The Present
The “maritime Indiana Jones” who salvages shipwrecks now wants to tow icebergs
Simple physics makes hauling vast ice chunks thousands of miles fiendishly difficult — but not impossible.
Neuropsych
Inside the brains of aging dogs
In a citizen science project, thousands of pet dogs are helping scientists to understand what happens to memory and cognition in old age.
Up Next
Starts With A Bang
The Last Barrier To Ultra-Miniaturized Electronics Is Broken, Thanks To A New Type Of Inductor
One of the three basic circuit elements just got a lot smaller for the very first time, in what promises to be a trillion-dollar breakthrough.In the race for ever-improving technology, […]