Ever since medications for depression have been introduced, there has been debate about their effectiveness. The media, as well as social media, has weighed in on this, repeatedly—for decades.

There’s a new study out, however, that is beginning to put some of those debates to bed.

It’s a fairly large-scale sampling: 21 different types of antidepressants, involved in 522 randomized controlled trials, including just over 115,000 men and women ages 18 and older who had clinical depression and were treated for at least eight weeks.

Across the board, antidepressants performed better for controlling depression than placebos did. In order to be considered “effective”, the drugs had to reduce depression symptoms by at least 50 percent. 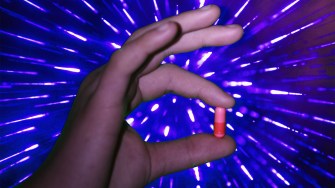 The team expected that some of the antidepressants would be superior to placebos, but not all of them. Lead researcher and study author Dr. Andrea Cipriano of the University of Oxford, UK put it this way in The Lancet: “We were open to any result. This is why we can say this is the final answer to the controversy.”

A study involving some of the primary members of this team was done in 2009; it compared 12 antidepressants to each other, finding some worked better than others.

Still, there are challenges for those who suffer from depression. Fully one-third of patients do not respond to any of these drugs. Considering that—at a minimum—16 million people suffer from depression in the U.S. alone, that’s a lot of untreatable patients. Traditional psychotherapy can help some of those folks, however.

Depression is the leading cause of disability in the world, which makes these findings even more significant; any progress in the field of treating it can make a difference for millions of people.

Related
13.8
What kind of intelligence is artificial intelligence?
The initial goal of AI was to create machines that think like humans. But that is not what happened at all.
The Present
What’s effective altruism? A philosopher explains
Some effective altruists “earn to give” — they make as much money as they can and then donate most of it to charities.
Sponsored
How to avoid family fights about money
No family is immune to money conflicts, no matter how much they love each other. Here’s what to look out for.
L&D strategy
Best practices for a needs analysis [Templates included]
Conducting a thorough needs analysis requires care, curiosity, and open-mindedness.
Neuropsych
Memory and the benefits of forgetting
Forgetfulness isn’t always a “glitch” in our memories; it can be a tool to help us make sense of the present and plan for the future.
Up Next
Starts With A Bang
What Separates A Good Scientific Theory From A Bad One?
There are many arguments over what makes a theory beautiful, elegant, or compelling. But in the face of data, predictive power is everything.When you look at any phenomenon in the […]