A chorus of new science is showing that evolution has orchestrated life to leave no room for solos. A grander view of life is revealing higher-level, need-centric relational logic patterns (as in David Haskell’s The Songs of Trees). 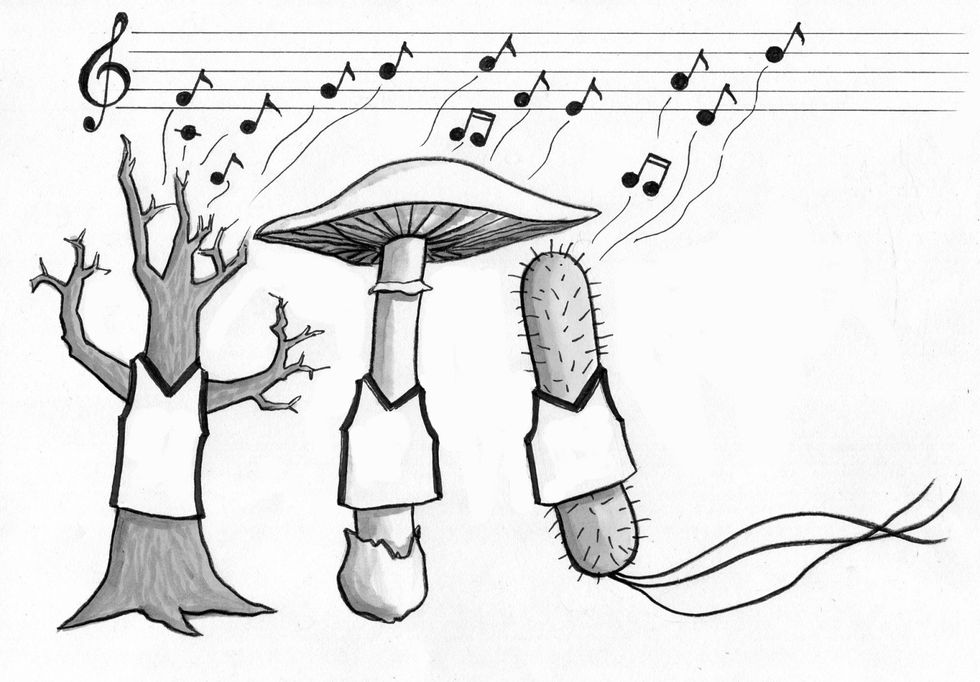 1. “The fundamental unit of biology is... not the ‘self’ but the network,” says David Haskell in his mind-quaking book The Songs of Trees. He’s right. That other basic unit of biology, the selfish gene, gets too much glory. All life needs relationships.

2. Trees show that life’s seeming individuality is “a temporary manifestation of relationship.” A tree “is not an individual made of plant cells, but a community of cells” from many species, “fungus, bacteria, protist, alga, nematode, and plant.”

3. Many ocean-going microbes have evolved so that "their DNA cannot meet basic needs… The smallest viable genetic unit… is… the networked community" (separation means death).

4. Such relationship dependence is not rare, it’s the rule: “Microbe-free plants... would quickly die.” And microbe-lacking animals don’t thrive.

5. These life-enabling collectives are called holobionts. “Every natural animal and plant is a holobiont consisting of the host and diverse symbiotic microbes and viruses.”

6. Genome gaps, and holobionts, show that evolution has discovered the joys (and woes) of specialization and division of labor — and its resulting interdependence (life teems with unseen teamwork).

8. But holobionts and Haskell’s networks suggest further kinds of inclusive (or collective) fitness, based on degree of dependence (not kinship). Somehow the logic of genes must embody and enact relational fitness (or collective survival knowhow) to handle extra-genomic relationships essential to survival (see extended “survival vehicles”).

9. At these higher or networked levels of life organization, collections of relationships sink or swim together (see bacterial social contracts in “Survival of the Friendliest”).

10. These networked communities exhibit intelligence and behavioral responses at individual and collective levels (at nodes, and in relationships, and systemically). Nodes that damage their networks, harm themselves (see needism).

11. Haskell says "to claim that forests think is not an anthropomorphism" (they collectively take in, process, and react to environmental information).

12. Gene-centric views have struck too selfish a note, and other perspectives can reveal richer patterns. For example, a gene’s-eye view casts bodies as short-lived ways for (“immortal”) genes to replicate. But Haskell’s networks of relationships also outlast bodies. And the logic of extra-genomic relationships constrains the “immortality” of genes (see unnamed natural laws that constrain evolution).

14. Every “self” is a society. No lone life can last long. Evolution has orchestrated life to be relational. And don’t forget Orgel's 2nd rule: Evolution is cleverer than you.

PS Even physics is getting relational.