Loop quantum gravity gets the ancient atomist back into the loop, showing how black holes might explode, and that the Big Bang might be a Big Bounce. 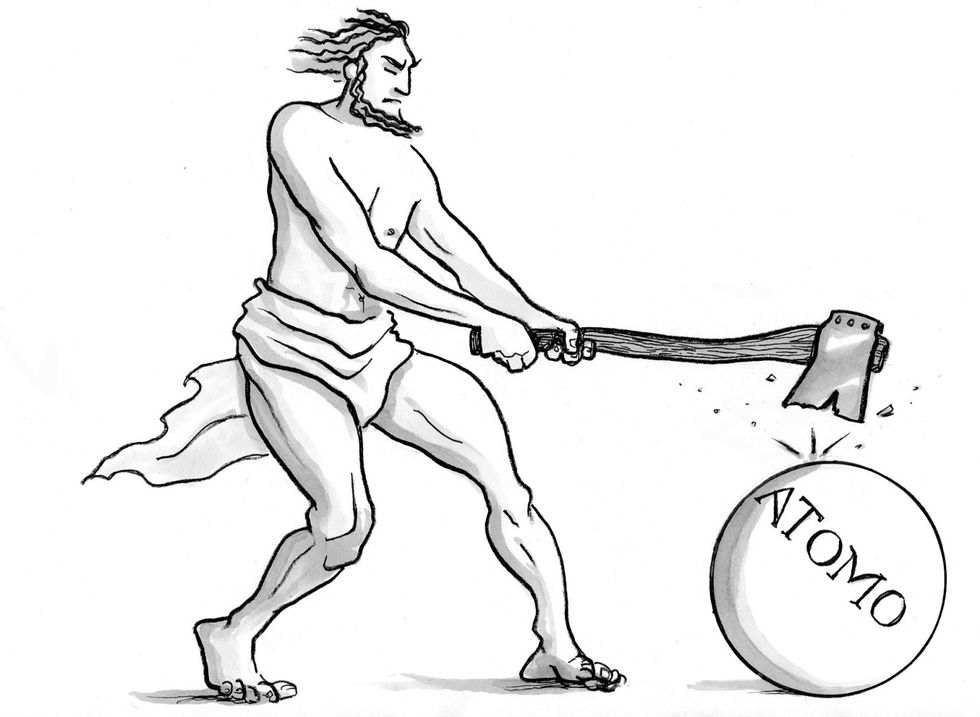 1. Objective physics “misled” us—“reality is relational,” so says Carlo Rovelli in Reality Is Not What It Seems. We must loop back to a 2,300-year-old idea (perhaps humanity’s “greatest”) to stop cutting against the grain of the universe.

3. Uncuttableness seemed to resolve recursive puzzles like Zeno’s you’ll-never-get-there paradox, and it cast the cosmos as an “endless dance” of the invisible and indivisible.

5. Greeks had the “first true alphabet”: a “universal” writing system that used a few letters to encode the infinite variety of all possible utterances. Similarly, all matter is written in a "language… of atoms."

6. Rovelli extends Democritus's atoms-are-matter’s-alphabet metaphor by characterizing physics as the  “grammar of the world,” describing its parts and combination rules.”

14. Philosophy might be “footnotes to Plato,” but physics hasn’t finished footnoting Democritus. (He lived before Plato’s formative math-morphism.)

15. Lost in our lust for math-structured thinking are useful subtleties of Democritus’s atoms-as-letters vision. Beyond the grammars of geometry and algebra lies a domain of not math-like but text-like compositions and meanings (of semantics beyond mathematics).

16. Here the ancient fallacy of composition has math-specific applications: Some traits combine and aggregate in math-friendly ways, some don’t. You can’t grasp the meaning or function of text or DNA by counting letters or measuring lengths or quantity of ink. Their meaning/function/grammar is relational and sequential and word-like. The information encoded in matching sequential text-like compositions matters (DNA—>RNA, letters—>“social cartesian” lexicon).

17. Word and world both have grammars that don’t fit our available mathematical rules.

18. Reality is relational, and not entirely objective. Subject and object aren’t separable, they’re entangled, inescapably. “Objective” is always relative to some other system/observer.