Drinking alcohol is bad for our health, so will we evolve away from it?

A new study links heavy alcohol usage with dementia. Other research finds that soon we might not be able to tolerate alcohol at all. 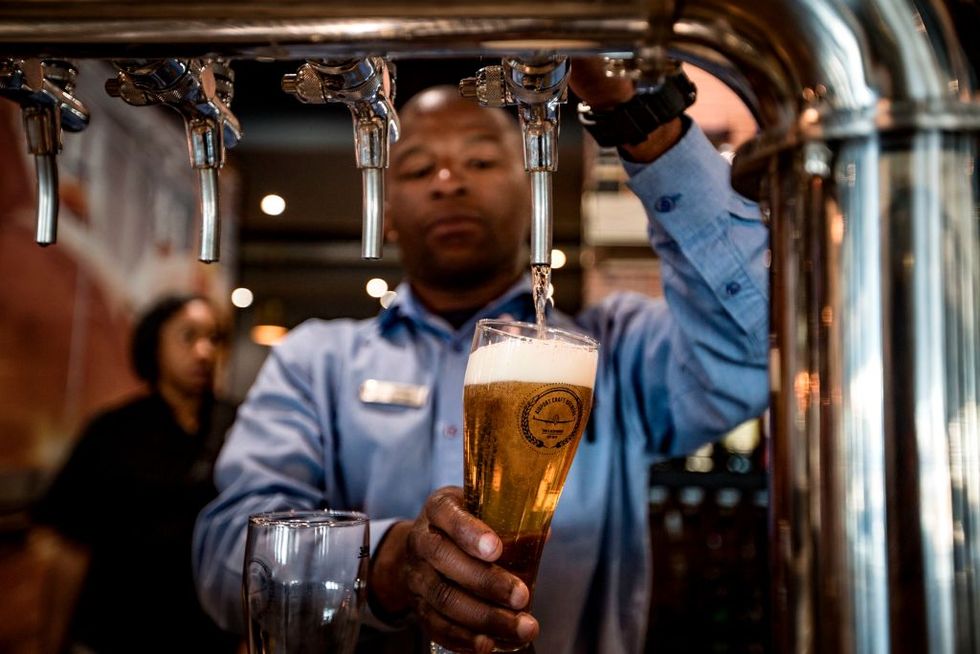 A drastic increase in the number of humans on the planet in the last century, combined with longer life spans, has resulted in increased rates of dementia. As we gaze into a near-future defined by more demand for elder and hospice care, researchers are takings seriously the problem of memory loss, often with the intention of educating the public on preventive practices before these diseases set in.

A recent study discovered for the first time a link between high blood sugar levels and cognitive decline. Sugar itself has already been connected to Alzheimer’s; it’s been a decade since scientists started calling Alzheimer’s disease Type 3 diabetes.

In this case, prevention means reducing sugar intake. Easier said than done, but the immediate reward is not worth the long-term risk.

A nationwide study with over a million people in France has uncovered another link in the chain between substance and dementia. This research, published in The Lancet Public Health, is certainly not going to make the French (or anyone else) happy, as the demonized intoxicant is alcohol.

Before you do away with your evening glass of wine, however, the good news is that the majority of people affected were chronically heavy drinkers. According to the World Health Organization, this is defined as 60 grams of alcohol a day for men (4-5 drinks) and 40 grams for women (3 drinks).

This study comes in the wake of recent research conducted by the University of California, Irvine, that found a connection between longer life spans and moderate alcohol and coffee usage. The essential word is “moderate,” which in this case researchers, which used 14,000 nonagenarians for this study, defined as two daily drinks (and two cups of coffee). They also discovered 40 percent of volunteers in this group suffer from dementia, so the quality of life was not necessarily a factor, while longevity was.

Which brings us back to The Lancet study. Co-author Dr. Jürgen Rehm, Director of the CAMH Institute for Mental Health Policy Research, concludes that alcohol-induced dementia and brain damage are preventable by lowering alcohol intake now, calling for early interventions for heavy drinkers. Unlike the Irvine study, longevity is not correlated with heavy alcohol usage.

“The findings indicate that heavy drinking and alcohol use disorders are the most important risk factors for dementia, and especially important for those types of dementia which start before age 65, and which lead to premature deaths.”

According to this research, heavy drinkers experience a shortened life expectancy by a full two decades, while the leading cause of death in these subjects is dementia-related. Interestingly, the overall majority of sufferers of dementia are women, though in this study almost two-thirds of early-onset dementia victims were men.

The researchers also noted other risk factors for dementia which, when combined with heavy alcohol use, increases the chances of cognitive decline. These include smoking cigarettes, diabetes, high blood pressure, depression, and hearing loss.

People taste wine on April 10, 2016 during the 50th edition of the Vinitaly wine exhibition in Verona. (Photo by Vincenzo Pinto/AFP/Getty Images)

Given all the problems alcohol seems to cause in our species, it’s surprising we haven't evolved a fail-safe method for avoiding addiction. The story of evolution is slow, however. Emerging evidence states we’re evolving a gene that might mean we'll no longer be able to tolerate alcohol at all.

So says a new study published in Nature Ecology & Evolution. We evolve many gene variants over the course of generations—an inability to digest dairy is one case. Variations of the gene ADH began to evolve tens of thousands of years ago in Asia and Africa. This particular variant protects humans against alcoholism by breaking down alcohol into a toxin, acetaldehyde, so fast that it accumulates faster than our body can clear it out. Even a few sips make a person with this variant feel sick.

The goal of evolution is the continued survival and procreation of a species. We often assign ourselves with metaphysical powers that lift us above other animals, but really, we’re just animals. And we’re still evolving. It makes sense from a broad picture view that we’d evolve protection against something that shortens our lifespan while promoting cognitive decline.

Which will make the future of this gene variant interesting. Will it affect the genetic line of moderate drinkers or even abstainers? Will it target families with chronic alcohol problems? Does it have the potential to sweep across an entire species so that our longtime love affair with fermented fruits and grains will finally and unceremoniously end?

Answers to those questions will likely not be discovered in our lifetimes. But in the meantime, it’s apparent chronic heavy alcohol use does no body or brain good. The basics always seem to win: enjoy alcohol wisely, in moderation. Anything more will not end well.