This is the first study to link blood sugar levels, even among prediabetics, with cognitive decline. 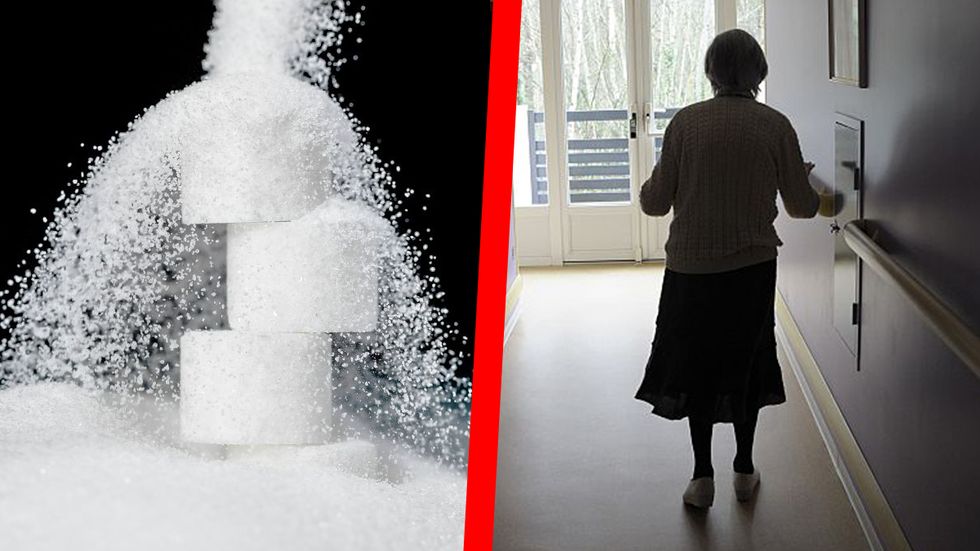 This photograph taken on December 19, 2017, shows sugar cubes and a miniature shopping trolley in Paris. (Photo by Joel Saget/AFP/Getty Images)

We know a high blood sugar level is not healthy, putting you at risk for type 2 diabetes. In America, this disease should be considered an epidemic, though oddly we seem to put more effort into maintenance than prevention. Currently, 29.1 million Americans suffer from this condition, while it is believed that another 8.1 million are undiagnosed.

This long-term metabolic disorder has numerous complications, some of which lead to death. Even more startlingly, prediabetes, in which blood sugar levels are higher than normal, affects 86 million Americans. There is simply no way to live a healthy, long life under such conditions. A new study, published in the journal Diabetologia, reveals even more bad news: even for those who do not suffer from type 2 diabetes—the 86 million prediabetics—high blood sugar level has been linked with cognitive decline. While the connection between sugar and Alzheimer’s disease is already understood, this new long-term study, conducted over the course of a decade, focuses on high blood sugar and general memory decline, covering the range of diseases of dementia.

The research team, led by Wuxiang Xie from the Peking University Health Science Center, followed 5,189 people over a ten-year period. They used HbA1c, a blood glucose test that tracks levels over a period of months, which is much more effective for understanding blood sugar levels than the standard finger-prick test. Over this entire decade, the researchers continually tested the cognitive abilities of the volunteers, whose average age was 66.

While there was no connection between blood sugar levels and cognitive decline at the outset of the study, the researchers noticed an important correlation: as HbA1c levels increased, memory and executive function decreased. While correlation is not necessarily causation, the researchers felt comfortable making the following assessment:

“The observed linear correlation of HbA1c levels with global cognitive decline was primarily driven by impairments in the domains of memory and executive function, which were assessed by immediate and delayed word recall tests and a verbal fluency task, respectively. This may suggest that cognitive decline related to high circulating glucose levels could be specific to dysfunction of certain brain regions or subcortical pathways involved in memory and executive function.”

For the reader of such a study, whether diabetic or prediabetic, the biggest practical challenge is implementing better habits before decline sets in. As Xie commented, “Dementia is one of the most prevalent psychiatric conditions strongly associated with poor quality of later life. Currently, dementia is not curable, which makes it very important to study risk factors.”

The greatest risk factor appears to be the consumption of too many carbohydrates. A 2012 study discovered that when measuring four groups, each of which ingested varying levels of carbs, the one that consumed the most experienced an 80 percent higher chance of mild cognitive impairment over the group eating the lowest amount.

Though the exact mechanisms for this are not known, there are simply too many instances of correlation between the consumption of carbohydrates and high blood sugar levels with serious health problems to pretend that’s not a driver of metabolic diseases. Obesity continues to ravage our nation (and the world), while increased instances of dementia ensure the continued skyrocketing of future health care costs.

More important than economic and social data is the quality of life. Suffering from degrading physical and cognitive abilities is not how you want to spend your golden years. And it’s not necessary. There are centenarian yoga instructors and marathon runners. Knowing simple dietary choices implemented now can increase your chances of a healthy aging process should not require debate. The costs are not worth the immediate, and fleeting, reward.