Is Loss of Community the #1 Cause of Depression? Sebastian Junger on PTSD

Sebastian Junger takes a big-picture look at depression, PTSD, and the importance of the tribe in his new book. 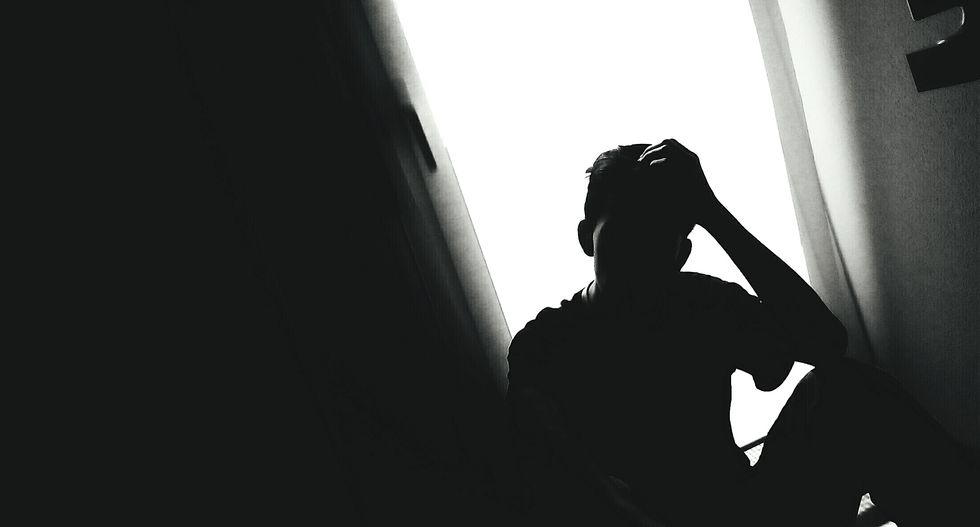 Sebastian Junger made his journalistic mark infiltrating areas others fear to go. He borrowed the harrowing details of a perfect storm for a creative nonfiction work in 1997. Then his yearlong visit to the Korangal Valley resulted in two documentaries, including the breathtaking Restrepo. Both offer civilians microscopic looks into the confusion and companionship of wartime.

Companionship is the foundation of his new book, Tribe: On Homecoming and Belonging. Junger’s essay-length text originated with a Vanity Fair assignment in which he investigated increasing rates of PTSD in veterans. Given that only 10 percent of American soldiers are involved in actual combat, why are instances of PTSD so much higher? If most vets were not in actual danger but are still suffering, something larger must be at play.

Junger steps back to ask why American society facilitates high rates of suicide, depression, and PTSD, even though this is a country of affluence and wellbeing. What he finds afflicts everyone, veteran or not.

A person living in a modern city or a suburb can, for the first time in history, go through an entire day—or an entire life—mostly encountering complete strangers. They can be surrounded by others and yet feel deeply, dangerously alone.

As his book’s title suggests, lack of tribal identity in an isolating and individualistic culture spurs loneliness and depression. The annual $4 billion compensation disability program for vets almost pales in comparison to the total impact on citizens. Quantifying emotional and mental disorders puts the issue into perspective. In many ways, economics helps to explain the bigger problem.

As Junger writes, skyrocketing income disparity fosters clinical depression. The American divide between rich and poor is an aberration to human societies, a social mismatch disease. Despite advances in medicine, technology, and science, we’re experiencing the highest rates of anxiety, poor health, depression, schizophrenia, and chronic loneliness in history. While poverty might be stressful, Junger writes, it is “much closer to our evolutionary heritage than affluence.”

Yet our relationship to this disparity is also skewed by an emotional, reactive lizard brain network. For example, Junger cites the case of Bowe Bergdahl, a US solider that deserted his post in Afghanistan and was held prisoner by the Taliban for nearly five years. The military and cultural response was seething: how could a man betray fellow soldiers and his country like that? Yet, Junger continues, as quick as we were to judge Bergdahl, our response to banking leaders, which orchestrated much greater social and economic harm, has not nearly been as severe.

The fact that a group of people can cost American society several trillion dollars in losses—roughly one-quarter of that year’s gross domestic product—and not be tried for high crimes shows how completely de-tribalized the country has become.

Junger’s three pillars of self-determination—autonomy, competence, and community—are not supported in a nation that has lost tribalism. Junger recently expanded upon this problem in an exclusive interview with Big Think, conducted at our New York City offices on June 28. In combat, he says,

There are literally no distinctions of race or politics or religion or anything. People in a platoon in combat are valued for how they act, not for their race, their beliefs, whatever it may be. It’s a weird egalitarian utopia in that sense. And they come back to a country which is really at war with itself. I imagine—I’m not a vet so I don’t know firsthand—but I imagine that is incredibly demoralizing.

Given how removed from battle everyday Americans are, concurrently arrogant with uninformed opinions on subjects like war, a toxic buildup of resentment and fear has fomented. Security oddly breeds consternation. Fear and anger are useful tools at the right times, Junger writes. But our dangers are largely imagined, and so, he continues during the interview,

You have political parties, political leaders who are literally accusing each other of being an enemy of the state, of actively trying to harm this country. You have people mocking their own president. You have political leaders who are actually suggesting that certain segments of the American population of U.S. citizens aren’t as legitimate and deserving as other segments. Whatever your political beliefs surely that is an insult to our shared idea of democracy and equality.

And an insult to the tribe. Historically tribes consisted of between forty to fifty people and up to one hundred and fifty. War might not be an ideal solution for the quest of tribalism, yet it is one that has bonded men and women for eons; returning soldiers miss the fraternity of shared purpose. Junger writes that war also “inspires ancient human virtues of courage, loyalty, and selflessness.”

Fellow war correspondent Chris Hedges notices a similar bonding when he writes, “Tragically war is sometimes the most powerful way in human society to achieve meaning.” The late psychologist James Hillman believed that war “belongs to our souls as an archetypal truth of the cosmos,” that it’s “constancy throughout history and its ubiquity over the globe” hints at our deep need for connection to both nature and others.

All of these authors have differing takes on whether or not war is moral and for what ends it is justified. But they also agree that tribal relationships fostered by platoons add a necessary ingredient to human existence. There’s little coincidence that national rates of depression and suicide drop during wartime, and that the farther away from battle a society is, the more quickly those rates increase.

Humans are social creatures. Anthropological evidence points to working together as the catalyst for our planetary dominance as a species. Void of shared responsibility and direction the startling uptick in depression, anxiety, and violence is given new perspective. The more we’re disconnected from others, the more we lose control of our own faculties. The distance between our ravenous lizard brain and the rational prefrontal cortex grows. A negative feedback loop of individual to culture emerges. We all suffer as a result.

If you ask your maps app to find "restaurants that aren't McDonald's," you won't like the result.