Rebecca Newberger Goldstein is a novelist and philosopher. Her novels include "The Mind-Body Problem," "The Late-Summer Passion of a Woman of Mind," "Properties of Light: A Novel of Love, Betrayal, and[…]
Go to Profile 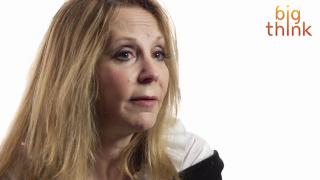 What Would Plato Think of Crowdsourcing?

Philosopher Rebecca Goldstein, author of Plato at the Googleplex: Why Philosophy Won’t Go Away, on what Plato would think of technology today.

Rebecca Goldstein: If Plato were to come back today I think he would have a lot to say about so many things but crowdsourcing would be of great interest to him.  I take Plato to the Googleplex and he’s very, very interested in our technology.  And that would appeal to him very much.  But he gets into a conversation at the Googleplex with a software engineer on crowdsourcing and could crowdsourcing answer the kind of ethical questions that he first raised.  And he is, he’s quite interested in this idea but he’s very down on it. He’s very much against it because, you know, he doesn’t – he didn’t have much faith in the ethical opinions of the masses.  He thought that ethics was a kind of knowledge that is extremely hard to attain.  He’s right.  I mean that’s one of the reasons we’ve left him so far behind.  Slowly, slowly we make progress – ethical progress.

But he thought, you know, it was a kind of knowledge and it takes a trained mind and, you know, it’s harder than mathematics.  Mathematics is a preparation for this kind of knowledge that you need that kind of dispassion and distance from your own life to be able to access ethical knowledge.  So he would not have been very interested in crowdsourcing and what is the opinion of the masses of people.  And he also would say, I think, well then how do we ever make any ethical progress.  How do we ever learn anything new to challenge our intuitions if, in fact, it’s just being crowdsourced.

I do have Plato getting quite addicted to the Internet and looking up things on the Internet and Wikipedia constantly.  I mean that was partly – I needed a quick way to bring him up to speed and he is – so he carries – while he’s at the Googleplex he gets a Chromebook, they give him a Chromebook and he carries it with him everywhere.  I mean, he’s constantly consulting it.  But again he is – he believed in the expert.  He believed, you know, in expertise.  He – Aristotle, his student, actually says some things that are much more favorable toward crowdsourcing.  You know, he says that if you go to a meal if it’s just cooked by one person you may not like it but if it’s a feast with many people bringing their dishes you’ll find something to like, Aristotle says.

And he really has an idea there of crowdsourcing.  Let’s try to get as many points of view as possible.  Plato is very dubious of this.  He believes that it’s extremely difficult to know anything.  It takes a tremendous amount of training – years and years of training.  He has the rulers of his state studying advanced mathematics for ten years before they can even think about political philosophy.  That’s how hard he thinks these things are.