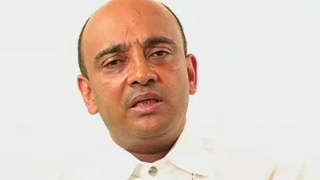 Should we embrace or reject our differences?

We should find a middle ground to moderate the our extremes of identity.

Question: Should we embrace or reject our differences?

Kwame Anthony Appiah: My general philosophical, as it were, temperament is to find a middle ground between extremes. This is something that Aristotle also recommended.

And I think there are two natural thoughts about identity which are both wrong. But they are sort of at opposite ends. One natural thought which has been taken out by much identity____________ is this is really great stuff. It’s important. It’s wonderful. No human life can be made sense of without lots and lots of identity stuff.

I think these are both wrong.

And so neither of the view according to which all identity is sort of ethically and politically to be escaped from, nor the view that we should settle into our given identities and just live through them seems to me quite right.

Now that’s a very abstract way of charactering a contribution; but I think that it pays off when you start thinking about some of the things that I’ve written about like how religion should fit into politics; or questions about racial identity and belonging; and the balance between accepting that racial identities are important for historical reasons in our societies on the one hand, and on the other hand recognizing that they can be sources of limitation and constraint; and that they therefore need to be modified and developed and changed in ways that allow people to do good things with them.