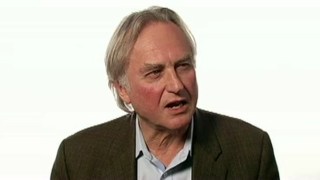 The famed evolutionary biologist describes a world freed from the values of classical religion, highlighting the fundamental changes that would come about in morality, education, and scientific progress.

Question: How would our public discourse change in a world without religion?

Richard Dawkins: Well, in the moral sphere I think they would be based upon criteria such as suffering, instead of absolutist criteria like all killing of humans is wrong, for example, including killing of early human embryos. We would instead say, well, who's suffering? At what point in the balance does the suffering switch over to the other side, when there's a choice? If we got rid of absolutist moral criteria, we might stop saying human life is absolutely sacred, and you can't put a monetary value on it. And you actually do put a monetary value on it all the time, because you know, whenever you make a decision like shall we have another kidney machine, or shall we -- to what safety standards shall we build airliners, one could always make airliners a little bit safer, but it would cost a lot more money. And so we do already take decisions about that. Military aircraft are built to a less risk-averse standard than civilian aircraft. We already do make judgments of this kind. So that would be the moral -- that kind of thing would change in the moral sphere. In the scientific sphere we'd be able to get on with our science as science, and not have to worry about whether we are giving offense to people who get their beliefs from holy books rather than from evidence, which we at present have to worry about. In the field of education, we could go in for science education free to actually teach children the best science we know and teach children to use the scientific method of thinking. And once again not have to pay lip service to, or respect, the dopey beliefs of their parents who try to interfere with their scientific education.