You might think that everyone loves cute things. But not the way Japanese people do. In Japan, cuteness is a well-established and very prevalent part of the culture. And, of course, there is a scientific explanation for this. Because science will tackle any question. No matter how cute. 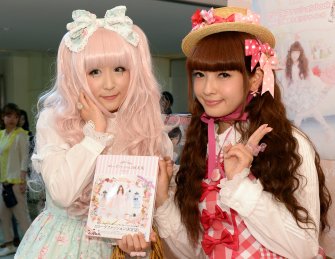 The reason these girls are wearing such outfits boils down to the word “kawaii“. Basically, that means “cute” or “lovable” and describes the cultural aspect that has pervaded Japanese pop culture, entertainment, communication, clothing, toys – essentially, everything.

The word “kawaii” is derived from a phrase that means ” a radiant face” which refers to the blushing of an embarrassed person. Over time, the meaning mutated to the modern “cute” while the way it’s written in the Japanese alphabet literally means “able to be loved” – a great clue for amateur psychologists. 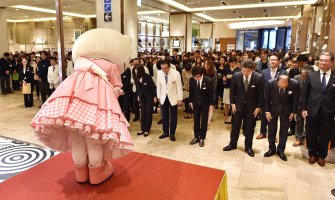 Hello Kitty (L), a one-day manager of the Mitsukoshi department store in Tokyo’s glitzy Ginza district, greets to clerks during a morning meeting before the opening on November 1, 2014.KAZUHIRO NOGI/AFP/Getty Images

Historically, the rise of cuteness goes back to the 1970s, with an emergence of a new style of cute writing practiced by teenage girls who began to use mechanical pencils. These produced much finer lines than traditional Japanese writing and a popular new style emerged, where girls wrote big, round characters accompanied by cute little pictures (think – emojis). This style caught on, but was hard to read and as such was banned in schools.

Eventually, however, it made it into magazines and comics and coincided with the rise of other cute cultural aspects like Hello Kitty, the uber-cute fictional character (bobtail cat with a red bow) that became a merchandising juggernaut. 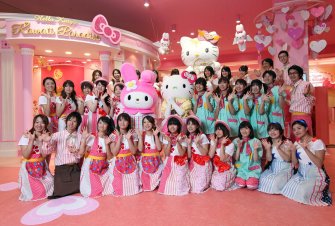 Other cute dolls followed, quickly adopted by Japanese teen girls, then spreading to other demographic segments. Anyone who’s ever played Nintendo video games has experienced the amazing variety of cute characters living in their worlds. 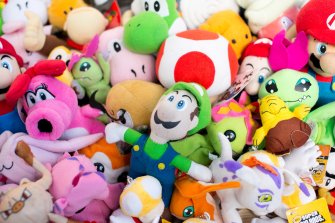 In today’s Japanese culture, Kawaii is expressed in many ways. Women and men partake of the culture of cuteness. Men shave their legs to mimic a pubescent look, while singers and actors often have longer hair. Studies found that Japanese women prefer the “cute look” of a “childish round face” with large eyes that signify innocence. In fact, some women attempt to change the size of their eyes by wearing large contact lenses, large eyelashes, strong eye makeup and surgically modify their eyelids. 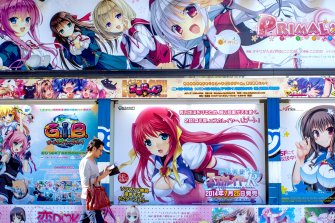 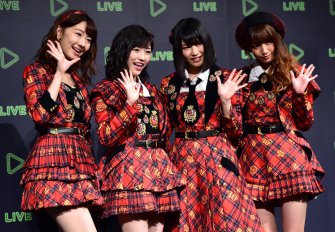 Japanese pop culture features many kawaii idols, while “Lolita fashion” is such a popular trend that even Westerners have come to expect it of Japanese girls. It’s a mixture of Victorian and Rococo fashions, combined with gothic elements to achieve a porcelain doll appearance of cuteness and innocence, with an underlying forbidden sexuality. If you love lace, ribbons, ruffles, aprons, parasols, large heels, and petticoats, you might want to give it a try.

Here is a video about a kawaii-obsessed fashion subculture that has emerged in a Tokyo neighborhood:

Kawaii is also expressed in Japanese technology, with particular growth of a variety of sweet robots that promise to help in every aspect of life. 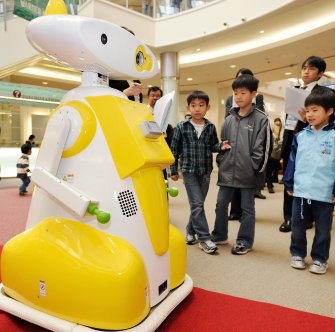 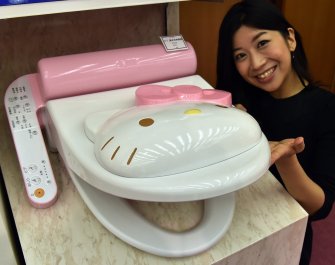 Yes, this is a Hello Kitty hi-tech toilet seat.

While you may dismiss cuteness as a regional peculiarity, there is science to back up the unexpected usefulness of life in kawaii. A study by researchers from the University of Hiroshima did several experiments on students and found that their performance on a variety of tasks like fine motor dexterity and non-visual searches improved after viewing cute images of puppies and kittens. The scientists concluded that this is due to the increase in narrowing attentional focus that resulted from viewing the cute images. They advocated the use of cute images and objects in work spaces to improve productivity. Here are some such images to tide you over.

And here are more Kawaii pics from Japan to soothe your soul: 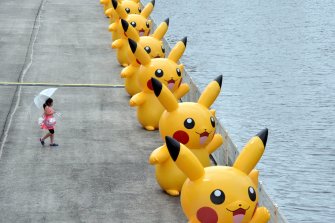 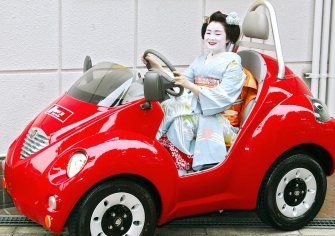 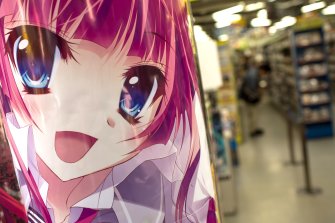 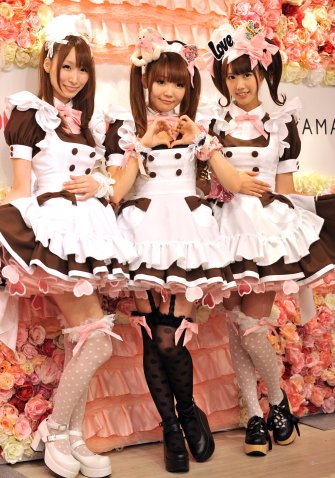 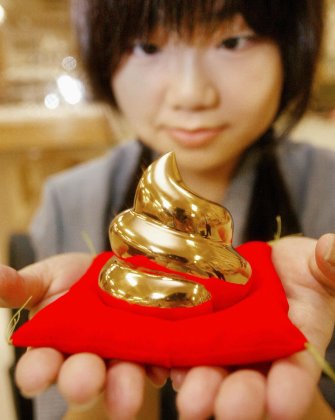 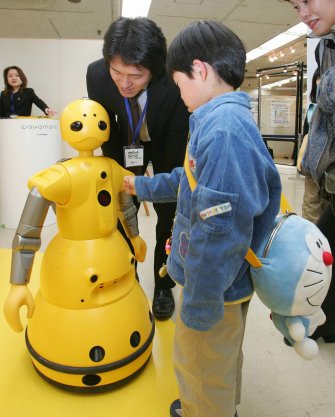 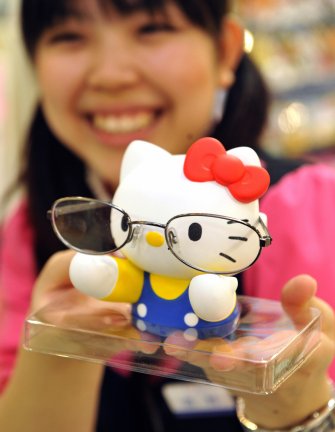 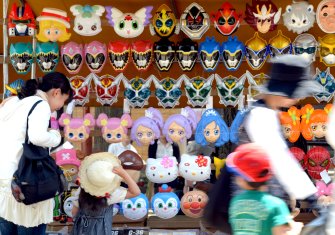 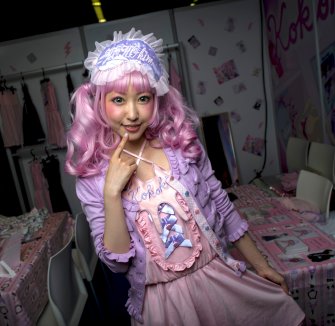 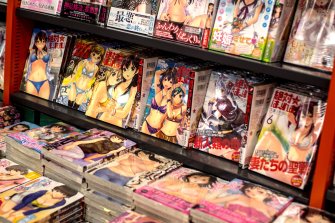 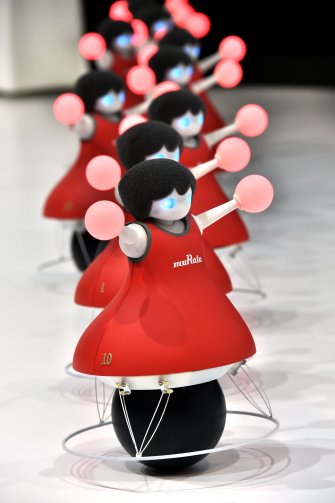 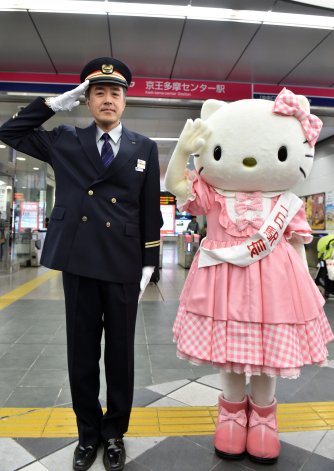 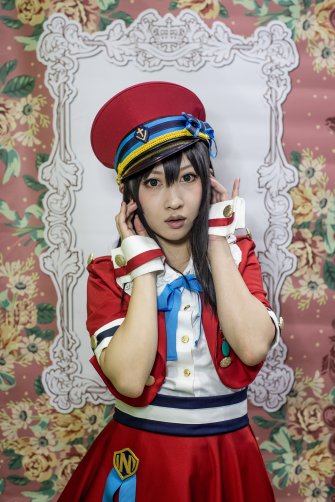 These ten maps provide a fascinating insight into the impact that soccer (sorry, football) has had worldwide.
The Past

The word “turkey” can refer to everything from the bird itself to a populous Eurasian country to movie flops.
Neuropsych

They believe in meritocracy, yet leave their kids massive wealth.
Up Next
Strange Maps

Not every butcher’s map has a Tenderloin District