In 2013, Elon Musk got a lot of people excited with his proposal for a system of wheel-less hyperloop pods that zip through sealed, low-pressure electromagnetic tubes at 1,220 km/h. His initial hyperloop system would be 400 miles of hyperloop tubes connecting Los Angeles and San Francisco that could make the trip in a mere 30 minutes, and cheaply, too: $30. 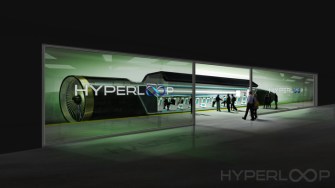 Here we are, almost four years later, and Hyperloop | One, a company looking to make Musk’s dream come true, has just let the world get a peek at the hyperloop test track it’s building in the Nevada desert. (Musk’s own company is called simply “Hyperloop.”) 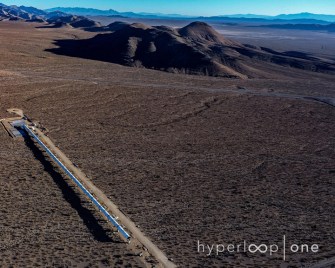 The hyperloop tube so far. (HYPERLOOP | ONE)

Hyperloop | One has already made a name for itself by being the first to actually present a full-scale demonstration of hyperloop technology.

Hyperloop | One’s test facility is called DevLoop, and it’s currently under construction. It’s just 500 meters long so far — though it already weighs over a minion kilograms — and will be three kilometers long when it’s completed sometime this year. 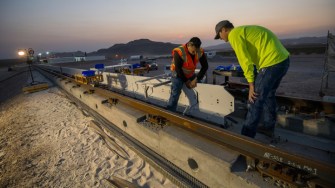 Construction in the desert (HYPERLOOP | ONE)

It’s meant as a proof of concept experiment before Hyperloop | One begins construction on its first project, a 159-kilometer hyperloop linking Dubai and Abu Dabi in the United Arab Emirates (UAE). That trip currently takes about 2 hours by car, but in a hyperloop pod should take around 12 minutes. The company hopes for their UAE system to be in operation by 2020. 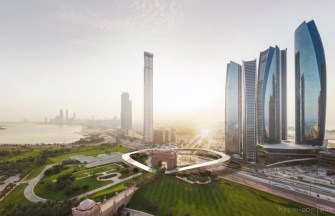 Artists conception of a hyperloop station in Dubai (HYPERLOOP | ONE)

As just a test, the Nevada hyperloop pods won’t be carrying any passengers.

Sugar does rot your brain after all: Scientists connect to Alzheimer’s

Is Alzheimer’s triggered by too much sugar? We have long known that consuming too much sugar is related to obesity and diabetes. A new UK study has found a molecular “tipping point,” where a crucial enzyme related to insulin regulation is damaged by excess glucose. This may have a major impact on our understanding of the cognitive disease along with our diet.