Time to lower your sugar intake.

Scientists from the University of Bath have just found the first connection between excess blood sugar glucose and Alzheimer’s disease. Researchers in this unprecedented study found what they describe as a molecular “tipping point,” where a crucial enzyme related to inflammation response and insulin regulation is damaged by excess glucose. While the scientists involved do not make the direct assertion, the takeaway is Alzheimer’s disease may be triggered by consuming too much sugar.

This potentially groundbreaking study, published in the journal Scientific Reports, could have major implications for our understanding of Alzheimer’s and its relationship with our diet. Alzheimer’s disease is a degenerative neurological condition that impacts 5.5 million Americans and an estimated 46 million people worldwide. 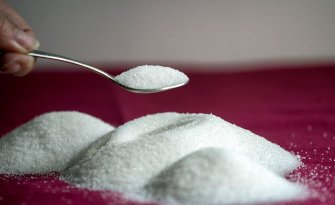 While we have long known sugar’s link to obesity and diabetes, our understanding of its relationship with Alzheimer’s has been less studied. This latest research offers greater credence for Alzheimer’s to be referred to as Type 3 Diabetes. Earlier studies have showcased a those with diabetes have a greater prevalence of Alzheimer’s.

How Did Researchers Establish This Link?

The scientists relied on donated brain tissue from both those with and without Alzheimer’s. The brain tissue was provided by Brains for Dementia Research, a large brain bank network with a mission of advancing research into dementia. 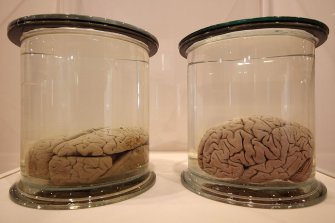 The brains of those who were in the early stages of Alzheimer’s had the crucial enzyme MIF (macrophage migration inhibitory factor) that was damaged. The enzyme, which is related to inflammation response and insulin regulation, was injured through a process called glycation. The researchers believe that the tipping point for Alzheimer’s to progress may be when MIF is damaged through glycation. As Alzheimer’s advances, so does the glycation of the MIF enzymes. 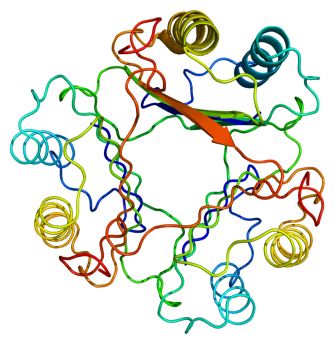 “Normally MIF would be part of the immune response to the build-up of abnormal proteins in the brain, and we think that because sugar damage reduces some MIF functions and completely inhibits others that this could be a tipping point that allows Alzheimer’s to develop.”-Professor Jean van den Elsen (University of Bath), commenting about the study in its press release.

We Consume a Lot of Added Sugars in Our Diet

The average American drinks about 38 gallons of soda each year. A 20-ounce bottle of soda contains around 14 1/2 teaspoons of added sugar. As nutritionists have been arguing for years, we are consuming too much sugar. The heighten blood sugar level (hyperglycemia) from our consumption of soda and other sugary items has already been clearly established as increasing the likelihood of obesity and diabetes. 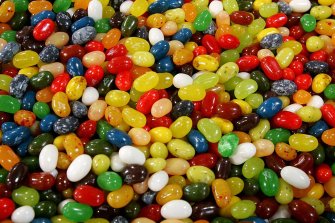 This latest research has uncovered the specific molecular link between glucose and Alzheimer’s. So forget the extra pounds from drinking too much soda and eating too many donuts: sugar may be truly rotting your brain.

Related
Starts With A Bang
Ask Ethan: What are white holes, and do they really exist?
In General Relativity, white holes are just as mathematically plausible as black holes. Black holes are real; what about white holes?
Life
Strange life forms create an “alien” ecosystem in an abandoned uranium mine
Slimy biofilms made up of bacterial and eukaryotic life forms have taken over an abandoned, flooded uranium mine in Germany.
Hard Science
Earth has an eerie “sodium glow,” and astronomers use it to image stars
Air currents in our atmosphere limit the resolving power of giant telescopes, but computers and artificial stars can sharpen the blur.
Health
How saliva changes the flavor of food
“It’s a liquid, but it’s not just a liquid.”
High Culture
Why are flood myths so common in stories from ancient cultures around the world?
Could the prevalence of flood myths around the world tell us something about early human migration or even the way our brains work?
Up Next
Starts With A Bang
7 ways Earth would change if our Moon were destroyed
We take for granted how much the Moon does for Earth, but not all of the changes would be bad.“If we get rid of the moon, women, those menstrual cycles are […]