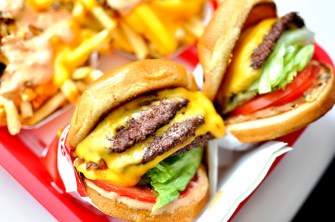 — Hamburgers originated in and get their name from Hamburg, Germany. Nobody is quite sure when the first one was cooked, but a recipe for something similar to a modern hamburger appeared in that part of the world towards the end of the 1800s, with the first supposed burger in America in 1885. The humble hamburger gained in popularity and was nationwide by 1905, with several regional varieties.

— During World War I, the American government attempted to rename the hamburger as the “liberty sandwich” due to anti-German sentiment. The name didn’t stick, but “hot dog” stuck around. Before, they were called Frankfurters.

— Hot dogs in America can be directly traced back to the 1893 World’s Fair in Chicago, where two recent immigrants from Vienna,  Emil Reichel and Sam Ladany,  sold them. It was a hit. They formed a company called Vienna Beef which still operates today.

— The Chicago hot dog (slice of tomato, poppy seed bun, white onion, sweet pickle relish, a slice of kosher dill pickle, celery salt, and sport peppers) was originally called the Depression Sandwich and can be attributed to a restaurant called Fluky’s around the time of the stock market crash of 1929. 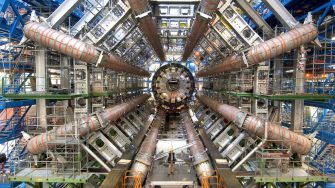 — The heat generated by smashing up the particles at hyper-speeds can sometimes get up to 100,000 times hotter than our sun. In theory, this is close to the heat of the universe a few moments after the Big Bang occurred.

— In 2009, the CERN Hadron Collider had to shut down after a bird dropped a “bit of baguette” (don’t forget much of the machine is in France) onto one of the power stations, causing a short-circuit.

— Before it was finished, many thought that operations at the CERN Large Hadron Collider would cause the destruction of Earth itself, due to the potential to create microscopic black holes.

— Technically, the CERN Hadron Collider could be considered the world’s largest refrigerator. All the magnets used have to be cooled to -193.2ºC. 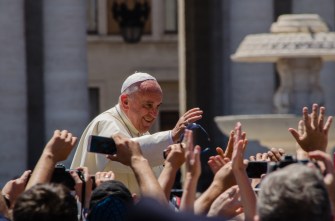 — The Vatican consumes more wine per capita than any other country, with 74 liters drank per citizen per year, according to several British newspapers. There are about 1,000 people who live in the Vatican year round. The wine intake isn’t due to communions, however, as most people might think. Most of the people who live and work in the Vatican tend to be older men who eat in large groups… and those guys consume double the amount that the rest of Europe drinks. Communion does factor in, but at a far smaller percentage.

— Vatican City was created in 1929 to ensure it operated within its own jurisdiction. It is within the Holy See, which is an independent sovereign nation, separate from Italy, but within Rome. Sort of like a Turducken.

— The Vatican has its own astronomical research wing. It was started in 1774 and located mostly within the Holy See. The Vatican owns, funds, and operates a massive telescope called the VATT (Vatican Advanced Technology Telescope) in Mt Graham, Arizona. It’s a pretty significant telescope, too: it’s responsible for finding MACHOs (Massive Compact Halo Objects) in the Andromeda Galaxy, and even evidence that galaxies change shape over time.

All roads may not lead to Rome, but many of them lead to wealth and prosperity — even 1,500 years after the fall of the Roman Empire.
Up Next
Personal Growth

He was one of the most intelligent men on the planet. But he had a knack for making people laugh, and it helped him spread his message of science and discovery.